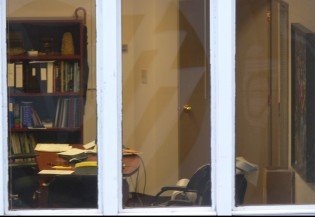 It was announced last summer that total student loan debt, at $830 billion, now exceeds total US credit card debt! What about organizing a collective action to withhold loan payment for one month to send a message to the banks?

I recently read the book The Student Loan Scam: The Most Oppresive Debt in U.S. History–and How We Can Fight Back by Alan Collinge–I have been meaning to write a review of it for ages now, so I hope to get to it soon. In the meantime I came across this interview the other day–which gives a good look into the depths of this swindle and what we can do about it. As it turns out, even disability payments can be garnished for failure to pay student debt in the US! It is way out of hand, but is still a largely ignored issue.

“What about organizing a collective action to withhold loan payment for one month to send a message to the banks?” -Mike Whtney

I have said for a while now, that instead of bailing out the banks, student debt should be forgiven to a significant degree. The cost of education is insane. It is also crazy to put the best resources of a country into a system of debt peonage. Doing this handicaps the ability of people to come up with creative solutions to the various crisis the world is currently facing. I personally feel that our education institutions are crippling us at this point. I have learned more on my own time in libraries and online than I did when I was in college.