This post is inspired by the ten year study Belo Horizonte has released on cell towers and cancer. Belo Horizonte is a city that is very actively concerned with their citizen’s health and is a place I would love to visit and maybe even move to. I first heard of Belo Horizonte’s zero-hunger food policy in 2006 when I read Frances Moore Lappe’s book Hope’s Edge. Ever since then I have been dreaming of going to Belo Horizonte. What an inspiring forward-thinking, people-first place it seems to be! I still have the book, it is rather war torn with the cover eaten by a dog and the pages all ear-marked. But let me pull it out and quote to you some of my favorite passages: 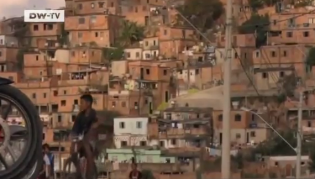 To search for solutions to hunger means to act within the principle that the status of a citizen surpasses that of a mere consumer. -City of Belo Horizonte.

Adriana Aranha explains that while food may be a commodity, “food security” –having enough food to feed yourself and your family — is a human right, a right by virtue of being a citizen. If the market is shutting out people too poor to be consumers, they are still citizens. It’s the government’s duty to step up to the plate and correct for this “market failure,” as an economist might call it.

“The city decided we couldn’t let people’s nourishment be vulnerable to the market.” This new attitude, Adriana explains, “means letting go of any notion of charity. People having good food, even if they are poor, is not about charity. It’s not about emergency feeding programs.”

Once people started thinking this way–out of the charity trap–dozens of clever actions sprang up inside Adriana’s city agency, many designed to improve the way the market works, not supplant it.

“City Hall arranges public bidding for entrepreneurs to create markets on city-owned spots around the city. For this advantage, the seller has to sell the fruits and vegetables at a price the city sets. Today’s thirty-five cents was half the market price.

“For sellers with the best spots, there’s another obligation attached to being able to use the city land. Every weekend they have to drive produce-laden trucks to the poor neighborhoods outside of the city center, so everyone can get good produce.”

How do sellers make money if they have to sell at lower prices? 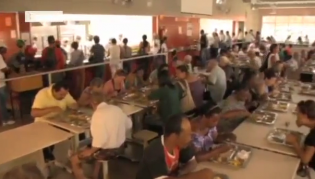 First, the city charges almost nothing for the spot. Second is the sheer volume and third the seller’s bottom line is boosted by the city in another way. Middlemen are cut out, so sellers are linked directly with local producers.

We’re fighting the concept that the state is a terrible, incompetent administrator. In Brazil, it’s true there’s no tradition of state efficiency. But we are changing that. We’re showing that the state doesn’t have to provide everything; it can facilitate. It can create channels for people to find solutions themselves. We do things like helping to keep the market competitive.

For example: At bus stops, over the radio, and in newspapers twice a week, we list the price of forty-five basic foods and household items at forty different supermarkets. So people know where the cheapest prices are. This makes the market function better….We try to keep the market honest.

The city also promotes dozens of community gardens as well as school gardens like the
Edible Schoolyard in Berkeley (which by the way is under threat of loosing funding here in North America!).

How can the city afford the burden of all these initiatives?

Actually, what the city spends amounts to less than one percent of its budget, Adriana explains…. “People are so fed up with government that they want to pass everything off to nonprofit groups or the private sector. But the government must keep its responsibilities and work in partnership with citizen groups. Belo, like many Brazilian cities, involves citizens in budget-making, a trend dating back to the ’70s that became widespread in the ’80s. Today, most major Brazilian cites now involve citizens in allocating city funds. Here in Belo, 600 people from all sectors of society gathered to vote on where city dollars should go, and the city’s food initiatives, especially for children, got a lot of votes. -p93-101 Hope’s Edge 2003

Eradicating world hunger has been declared one of the priorities for the 21st century. According to the UN,1.2 billion people will not get enough to eat this year — the highest number since 1970. While the global economic crisis has made the problem worse,inaction by political leaders is also very much to blame. That’s not the case in Belo Horizonte, however. The Brazilian city’s Zero-Hunger program has demonstrated how hunger can effectively be ended.

Click here to cancel reply.
« One Farmers Perspective on the Raw Milk Debate
Open Letter to Global Cowshare Community »
We use cookies to ensure that we give you the best experience on our website.
If you continue to use this site we will assume that you are happy with it.