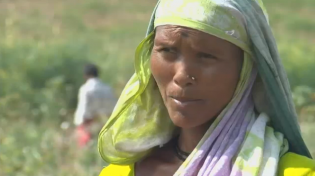 Alex Rossi, India correspondent reports on the most recent surge of suicides in India. This has been going on for more than a decade now. I remember how shocked I was when I first learned of this terrible situation, since then it has only gotten worse. Monsanto and other corporations in the Big Ag world will stop at nothing until there is nothing left. Do we need any more proof of this?

The record suicide rate among farmers in India continues to rise and is threatening the country’s stability and future development, according to campaigners.

They are blaming the government’s policies for the agrarian crisis and are demanding it takes urgent action.

More than a quarter of a million farmers have killed themselves in the last 16 years in what is the largest recorded wave of suicides in history.

The suicide rate among farmers in India is soaring

Many of them have only just moved to growing cash crops – like cotton – in the last few years.

He says the farmers have taken on large debts to buy hybrid seeds, which are often unsuited to the harsh and temperamental Indian climate.

“They are sold these modern seeds and modern chemicals and have to take on large debts to buy them.

“The problem is they need a lot of water which is in short supply and then when the crop is poor and they have to repay the money lenders, they despair and commit suicide.”

Mr Tiwari says the suicides are a symptom of a wider crisis in the countryside.

India’s has one of the fastest growing economies in the world but its roots are in the countryside and much of it is being left behind.

The Struggle Of Indian Farmers

In a country with aspirations, moving away from a life of subsistence is attractive but it can also be deadly.

Vandana Moohorle is now bringing up her children alone after her husband killed himself by drinking pesticide.

Like many farmers, he had been persuaded to use genetically modified seeds by the possibility of a better harvest. What he wasn’t told was that they needed more rain than the region provided.

His wife blames the government and the large agricultural companies for exploiting the rural poor who dream of a better life.

“He was always tense” she said. “He had borrowed a lot of money for pesticides and fertilizers and now I will have to pay back his debts. Debt is the reason for all the suicides around here and it’s the people in charge who are responsible for it.” Read More