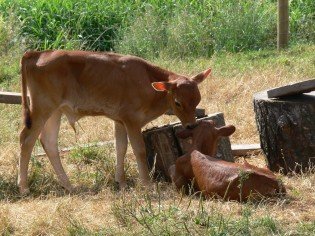 Well, here we go again. Now it is British Columbia’s turn to join the fray (again). BC is determined to figure out some way to shut down Vancouver’s cowshare. Despite the fact that Fraser Health swore they would leave our cowshare alone until the constitutional question (food freedom) was dealt with we are experiencing more harassment. They also keep putting off the decision on the Crown’s appeal for the charges which Michael was aquitted of last year. Once again this is gonna waste a lot of time and money for taxpayers, local dairy farmers and cowshare members. Why can’t they just leave us alone? Gordon Watson says:

“Obviously, this thing is being quarter-backed by the Dairy Farmers of Canada. Which speaks volumes as to why the decision in the Crown’s appeal of the decision in Michael Schmidt’s case in Ontario, was delayed this long. Obviously, they figured they’d stall ’til Michael was laden with this next burden, so as to have him doubly-demonized in the media.”

I agree…I get the impression Gordon Watson and Michael Schmidt are being attacked in this manner to help the media demonize cowshare members as being a handful of half-insane radical crazies in an attempt to make us all look like law-hating, tea-partiers! Nothing could be further from the truth, our cowshare is full of normal, everyday, health-and-environment-loving people — especially mothers from all walks of life who just want what is best for their babies (see my previous post on BC’s Cowshare Family). Michael Schmidt has tried over and over again to work with Canada Health to set up certified raw dairies in the most practical and efficient manner.

I say again, the thing they are most afraid of is that people will come together and forget their political differences in their desire for access to living, grass-fed, healthy, raw milk and that this movement will spread to the main-stream. Fortunately for us, they still don’t seem to get that every time they up their pressure on cowshares more people get interested, get involved and discover the pure joy of imbibing health-giving raw milk in our increasingly toxic and GMO infested world. Thanks to this insane pressure, raw milk is indeed going mainstream. Industrial dairies, your days are numbered–and your downfall is gonna be your own fault!

This article is reposted from the Bovine. 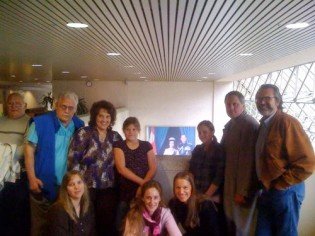 We don’t yet have the full story from Michael, but as far as we’ve so far heard, Michael Schmidt and Gordon Watson have been named in a contempt of court charge in B.C., in what seems like an extension of the contempt of court conviction against Alice Jongerden several months ago, before Michael Schmidt took over as agister of what then was “Home on the Range” and later became “Our Cows”.

The fine being asked for in this charge in B.C. bears an uncanny resemblance to the amount of the fine levied against Michael in his Ontario contempt of court conviction a couple of years ago. It’s the same total amount of $55,000. In Ontario that was broken down as a $5,000 fine and $50,000 court costs.

However in the Ontario case, that fine has never yet been collected. And the justice system has not seen fit to jail Michael in lieu of payment of this fine. It would seem those formulating the charge in B.C. are simply following the precedent which appeared to have been set in Ontario as to the amount of a contempt of court fine dealing with raw milk.

What seems most peculiar is that the case against Alice Jongerden was settled. And now we have the spectre of it seeming to have been resurrected and applied to quite other parties with NO prior warning or consultation. That’s in contrast to Michael’s efforts during his time in B.C. to meet with all the concerned parties and lay his cards on the table, so to speak

Interestingly, as well as being the date on which the outcome of the appeal of Michael’s acquittal is announced, tomorrow evening is also the date for the leaders’ debate on TV. Perhaps this date was chosen with the hope that news of Michael’s verdict would fall into the shadow of the higher profile leaders debate.

While we were preparing this post, we did receive the following statement from Michael, providing his summary of the situation:

“Tomorrow is the day of judgement; today is the day to be charged once again, this time in BC

Today what a surprise, just like in the good old days in Ontario, I received hand delivered a package of court files with the application to the Supreme Court of BC to find me guilty of contempt by contravening the order “not to produce milk for human consumption” issued to Alice Jongerden.

Some readers may recall the Home-on-the-Range cow share operation in Chilliwack.

I jumped in to help and restructured the operation under the name “Our Cows” to produce cosmetics for the cow share members.

I met with Tim Chum of Fraser Health to explain in detail the changes, I also applied to Health Canada to get their guidance for the legalities of our new products. We are still in negotiation with Health Canada and working on the specifics and legalities. Tim Chum knows that very well.

Last month Fraser Health obtained a search warrant for the farm, the police threatened a young girl working for us and disappeared 20 minutes later after searching the farm.

Today what a surprise Gordon Watson and I received an application of Fraser Health to find us guilty of contempt of court and suggested the same fine as the court ruled in my contempt case in Ontario. 55,000.- dollar if found in contempt.

So let me think.

Is that a coincident that I receive the papers one day before the court ruling in Ontario?

This will give plenty of fodder to the rumor mills of conspiracy.

Here we go as if there is nothing else to do than go to court.

Do I love court?

I love the farm that is for sure.”