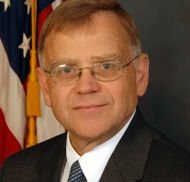 It is always helpful when you have a specific target to go after. It has great potential to succeed as it focuses and amplifies the determination of the people. This petition is a great idea and I for one can’t wait to see Michael (Monsanto Mike) Taylor dumped. This will be a good first step in cleaning up the FDA which is now a viper’s nest of Big Ag whores. I have just one thing to add–I’d like to nominate Wendell Berry to fill the position 😉 do I hear a second?

Please take a second to sign this petition from Food Democracy Now:

When Barack Obama ran for President he promised to end the “revolving door” between agribusiness lobbyists and government and to “regulate” factory farms. Unfortunately Obama’s decision to appoint Monsanto super lobbyist Michael Taylor as FDA Food Safety Czar broke the trust that the American people had placed in him during his campaign. Now Michael Taylor is heading up undercover investigations at the FDA into small raw milk dairy farmers that end in armed raids while the worst factory farm violators are getting away. It’s time for President Obama to stand up for real food safety and put an end to the assault against family farmers producing healthy food.

A video posted by a friend on facebook today that will help to highlight the urgency of getting Corporations out of our food regulations:

Click here to cancel reply.
« Canada’s Raw Milk Spy Camp (!)
NZ: Food Bill Threatens Food Freedom »
We use cookies to ensure that we give you the best experience on our website.
If you continue to use this site we will assume that you are happy with it.