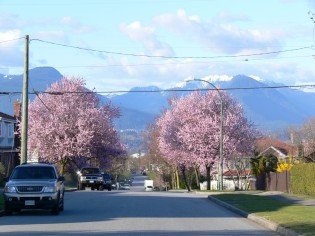 Bill C-474 is a private members bill that, if passed, will require market impact assessment of any new GMO crop sold in Canada. It will be debated for the third and final time on Feb 8 and the vote will be held on Feb.9. Please write letters to and encourage your friends to also write to let Parliament know how you feel about this. More info about the Bill is posted at www.cban.ca.

Here is a sample letter you can copy and paste into your email program to send to your own MP and also to key decision-makers in the Liberal Party (they are sitting on the fence). For your information, here is the list of MPs. You can find your own MP by entering your postal code.

The following is a suggested letter:

I strongly urge you to vote in favour of Bill C-474 An Act respecting the Seeds Regulations (analysis of potential harm) on Feburary 9, and to speak during the debate on the bill on February 8. The text of the bill is as follows:

An Act respecting the Seeds Regulations (analysis of potential harm)

Her Majesty, by and with the advice and consent of the Senate and House of Commons of Canada, enacts as follows:

1. This Act may be cited as the Seeds Regulations Act.

2. The Governor in Council shall, within 60 days after this Act comes into force, amend the Seeds Regulations to require that an analysis of potential harm to export markets be conducted before the sale of any new genetically engineered seed is permitted.

Bill C-474 is needed in order to protect all farmers, organic and non-organic alike, from the market impacts of genetically engineered crops. Had Bill C-474 been in place prior to the release of genetically engineered canola, we might still be able to grow certified organic canola on the Prairies, and European might still be purchasing Canadian canola and canola meal. All flax farmers might have been spared the millions of dollars of losses caused by the GE Triffid flax contamination crisis.

Canadian alfalfa growers are very concerned about losing their best export markets as a result of the contamination that would surly happen if GE alfalfa is approved for sale in Canada, as it recently was in the USA.

Market losses that would result from contamination if GE wheat were introduced would be in the billions of dollars. Future genetically engineered crops are predicted to contain industrial traits for biofuel feedstocks and drugs for pharmaceutical crops. Contamination of our food plants with these traits would most certainly damage, or even destroy markets for Canadian food crops.

Canadian farmers should be protected from market impacts of GE contamination of their fields and farms so they can contribute to providing the kind of wholesome, non-genetically engineered food that the public at home and in our export markets are increasingly demanding.

Please stand with Canadian farmers and consumers and support this important bill.