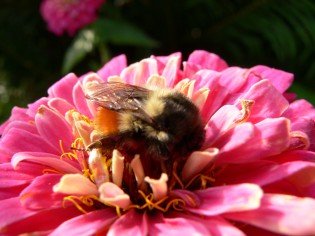 This honey laundering business is so shocking and through all of our food that I just have to repost this article. This is really important information for anyone who is on the GAPS diet in North America. I am summarizing it very slightly so please read the whole article here:

Honey laundering: The sour side of nature’s golden sweetener

As crime sagas go, a scheme rigged by a sophisticated cartel of global traders has all the right blockbuster elements: clandestine movements of illegal substances through a network of co-operatives in Asia, a German conglomerate, jet-setting executives, doctored laboratory reports, high-profile takedowns and fearful turncoats.

What makes this worldwide drama unusual, other than being regarded as part of the largest food fraud in U.S. history, is the fact that honey, nature’s benign golden sweetener, is the lucrative contraband.

What consumers don’t know is that honey doesn’t usually come straight – or pure – from the hive. Giant steel drums of honey bound for grocery store shelves and the food processors that crank out your cereal are in constant flow through the global market. Most honey comes from China, where beekeepers are notorious for keeping their bees healthy with antibiotics banned in North America because they seep into honey and contaminate it; packers there learn to mask the acrid notes of poor quality product by mixing in sugar or corn-based syrups to fake good taste.

None of this is on the label. Rarely will a jar of honey say “Made in China.” Instead, Chinese honey sold in North America is more likely to be stamped as Indonesian, Malaysian or Taiwanese, due to a growing multimillion dollar laundering system designed to keep the endless supply of cheap and often contaminated Chinese honey moving into the U.S., where tariffs have been implemented to staunch the flow and protect its own struggling industry.

Savvy honey handlers use a network of Asian countries to “wash” Chinese-origin product – with new packaging and false documents – before shipping it to the U.S. for consumption in various forms.

Fifteen people and six companies spanning from Asia to Germany and the U.S. were recently indicted in Chicago and Seattle for their roles in an $80-million gambit still playing out in the courts. That case has been billed as the largest food fraud in U.S. history. But American beekeepers, already suffering from a bee death epidemic that is killing off a third of their colonies a year, say the flow of suspect imports has not let up.

At stake is more than just a sweet industry. 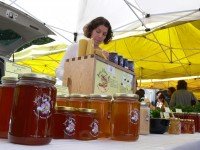 Honeybees are responsible for pollinating millions of acres of agricultural crops, including fruits, vegetables, oilseeds and legumes, worth $20-billion annually in the U.S. alone. More than a quarter of the human diet hinges on those crops.

China, the world’s largest producer of honey, would seem a natural candidate to fill the gap. But Chinese honey is notorious for containing the banned antibiotic chloramphenicol, used by farmers to keep bees from falling ill. The European Union outlawed Chinese honey imports because of it.

Dilution is another issue. According to Grace Pundyk, author of The Honey Trail, Chinese manufacturers will inject a type of honey with litres of water, heat it, pass it through an ultrafine ceramic or carbon filter, and then distill it into syrup. While it eradicates impurities such as antibiotics, it also denies honey of its essence.

Ten years ago, the U.S. Department of Commerce accused the Chinese honey industry of dumping cheap product into the American market at prices well below the cost of production. Canadians also detected surprisingly low-priced product crossing its own borders.

“We saw a flurry of honey starting to come into the U.S. from countries – Indonesia, Malaysia, Taiwan, the Philippines – that had never been exporters to the U.S. before,” said Jill Clark, vice-president of sales at Dutch Gold, a honey vendor involved in a multi-stakeholder effort to stop laundering. “All of a sudden they had millions of pounds of honey to sell, at very cheap prices.”

Australian investigators uncovered the roots of a global conspiracy when they intercepted a large consignment of “Singapore” honey bound for the U.S. in 2002.

At the time, Singapore didn’t produce honey. The shipment was traced back to China, opening the first window into a worldwide scheme in early bloom: The industry had figured out they could launder Chinese honey through neutral countries able to ship into the U.S. without paying tariffs. 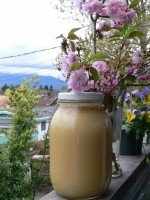 A group of executives at the German food ingredients conglomerate Alfred L. Wolff GmbH (ALW) were early masters of this model, according to allegations contained in U.S. court documents. Headquartered in Hamburg, ALW has subsidiaries and affiliates around the world, including in China and Chicago. After the U.S. tariffs were levied, ALW, the largest honey importer in the U.S., began networking with Chinese honey producers and brokers desperate to unload cheap products.

In exchange for contracts with ALW, honey brokers agreed to move Chinese-origin honey to Russia, India, Indonesia, Malaysia, Mongolia, the Philippines, South Korea, Taiwan and Thailand, according to court documents.

The brokers also agreed to repackage the honey and muddy its trail by using a series of shell companies to ship it to the U.S. That meant falsifying country of origin certificates and, in some cases, deliberately mislabeling honey as molasses, fructose or glucose syrup so customs officials would not notice a suspect increase in honey shipments. Brokers were told to hire specific labs that specialized in filtering the honey to remove markers (such as pollen or soil) that could be used to trace shipments back to their true origin, according to court documents that outline the U.S. government’s case.

A bonus to those in the laundering scheme, U.S. food inspectors had a more lax approach to inspecting shipments that did not appear to have a Chinese connection. Tests conducted by food inspectors are based on country-of-origin information; if Chinese roots aren’t declared on shipments, inspectors will not test for the chemicals associated with honey production in China, meaning contaminated loads are less likely to be detected or seized and can still be sold for consumption. The same is true of honey diluted with cheaper sweeteners, which is often passed off to consumers as the real thing.

That was true without many exceptions until U.S. investigators got the right people talking. In May, 2008, federal agents arrested a pair of young ALW executives, Stefanie Giesselbach and Magnus von Buddenbrock, outside Chicago’s O’Hare International Airport.

Threatened with having to take the lion’s share of the blame for ALW’s scheme, both began co-operating with investigators.

Other files obtained by U.S. investigators document how shipments of Chinese honey that one buyer had rejected for its chloramphenicol content could be sold to a Texas company ALW execs referred to as the “garbage can” for adulterated honey.

In Canada, Chinese honey is not subject to special taxes. Still, customs and border officials conducted their own “pro-active risk analysis” regarding honey laundering that did not turn up any evidence of a problem, a federal spokeswoman said in an e-mail.

While many of the executives are still at large, U.S. investigators arrested four honey brokers in the U.S. who are Chinese or Taiwanese nationals with connections to ALW. All have plead guilty; three have been sentenced to a range of jail terms and deportation proceedings are continuing. The fourth is scheduled for sentencing in Seattle this week.

Despite the arrests, the honey industry has been watching suspect import numbers climb.

They are particularly incensed by three countries that, ten years ago, exported zero honey to the U.S., according to Department of Commerce data. India, Malaysia and Indonesia are mysteriously on pace to ship 43 million kilograms of honey into the U.S. by year’s end.

“It is widely known those countries have no productive capacity to justify those quantities,” said Mr. Phipps, the honey markets expert.

He said a recent EU decision to ban honey from India over worries of lead and other contaminates – much of it widely suspected to be of Chinese origin – has only increased odds that more Chinese honey is bound for U.S. borders.

In the meantime, the industry is working to shore up honey’s reputation, which is at risk of going sour if consumers perceive the commodity as prone to adulteration. An online hub called the True Source Honey Initiative has been set up by an industry group to increase the brand value of “ethically sourced” honey. They have a Facebook page where they trumpet breaks in honey laundering cases and are planning to launch a new traceability initiative in the coming months that will eventually allow honey sellers to trace honey back to its original hive.

“This issue really is a facet of the whole global food trade,” said Ms. Pundyk, whose book The Honey Trail explores the impact of globalization on bees. “We have become accustomed to getting whatever we want whenever we want it, and there will always be someone out there keen to pander to this.”