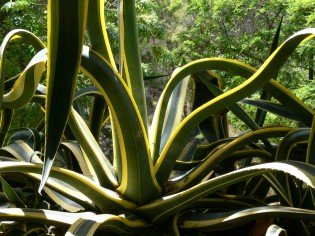 I just found this post over at Center for a Stateless Society’s website. It does a great job of explaining the Food Safety Act issue clearly and succinctly. The food safety bills C-36 and the S-510 have just been passed in Canada and the US, in the next year we will see exactly what more government regulation will do to small farms and our local foods. I first saw this bill when I lived in New Zealand in 2003, they have been working on this for some time now. From the way these bills have been pushed through it seems clear that the next phase of the harmonization has begun. I am afraid our community cowshare will be one of the first to come under attack.

Despite this fear, I also have hope–we have lots of tools we didn’t used to have, and creative minds at our fingertips and it is amazing how many separate groups worldwide have found their own solutions. Now we see these movements coming together through the internet–granted they have also just passed the bill to end Net Neutrality, so we need to move fast–get each other’s snail mail addresses (start your own yearly newsletter)–and finish putting together our systems. Quantum food sovereignty is both small-local, yet global-organized. The open-source (check out Ubuntu) and direct-marketing movements provide good models that are assisting us in figuring this out. It is clear that our governmental institutions are incapable, by their very nature, of providing the sort of flexible, transparent and organic systems we need ( LA just raised prices for community gardens from $25 to $120!). It is time for us to focus our energies on creating these systems, instead of trying to change the old rigid institutions-they are just wasting time and resources at this critical juncture.

Thanks a million to Darian Worden for this article:

Get a Taste of Some Nutritious Freedom

Debate over the Food Safety Modernization Act reflects a broader discussion about the American food supply. While tweaks to the regulatory system could improve things, a shift away from industrial agriculture and lobbying toward a more consumer-driven approach should be the long term goal.

Government regulation of food production encourages centralization. Government focuses on enforcing minimum standards, not encouraging best practices. It requires costly procedures that drive small producers out of the market without necessarily improving the quality of food.

The centralization of food production supports business models in which close quarters and high volume promote the spread of disease. When the food supply is put into the hands of big corporations with big lobbying bankrolls, it means placing trust in the effectiveness of regulators and in the reliability of corporations to be clean when nobody is looking. And when tainted food slips past quality control the reliance on a few large providers means that one bad production run will reach more customers in more places.

Any regulatory regime will be implemented by the Food and Drug Administration, a federal bureaucracy with connections to large producers. A nice illustration of the revolving door between government and business lobbies is provided by Judith McGeary of the Farm and Ranch Freedom Alliance, in comments on grist.org: “FDA is staffed by people who come from within the industrial food system, many of whom are looking to get jobs in that food system when they leave the agency.”

Who has more access to regulators — small producers or food factories with big money and dedicated legal departments?

The FDA, which stands to gain power from the Food Safety Modernization Act, has previously demonstrated a tendency to place bureaucratic adherence to the rules over the public interest. As pharmaceutical researcher Dr. Mary Ruwart has written, for years after it was known folic acid supplementation reduced the risk of birth defects, the FDA continued to prohibit vitamin companies from advertising this fact, effectively censoring important nutritional information.

It is certainly reasonable to call for more oversight of food. What you put into your body on a daily basis will impact the quality of your life, and as things are now food safety recalls are likely to occur only after people have been infected.

But greater oversight does not have to mean greater government involvement. Unlike the FDA, non-government regulatory and oversight companies can go out of business if they do a bad job. Competition means viable alternatives are available if one agency proves to be as bad as the current system. And non-government regulation does not solely entail corporations focused on maximizing profits for stockholders. Cooperative testing and inspection agencies could be created. With today’s rapid spread of information, it could easily become public knowledge if a producer was found to be negligent. And the most intimate form of oversight is when community agriculture brings neighbors together to ensure quality food.

Unfortunately, a government privatization program would most likely hand monopoly privilege to a corporation, making regulation more profitable but not more effective. Any call for extensive overhaul would have to insist on more competition and less centralization.

An instructive nutritional improvement is the rising consumption of organic food. While it is not mandatory to produce, market, or purchase organic food, its sales are rapidly growing. Government certification and oversight of labeled organics has been called into question, and reputation is important to a company’s success. Choosing organic is an issue of personal priorities, which are influenced not only by educational and marketing efforts, but perhaps more importantly by monetary needs. Any grassroots overhaul of America’s food production should treat broadening access to quality food as a top priority.

In the short term, writing new rules into the government-business regime can make products safer. But don’t look for an ultimate solution from the system that created the problem in the first place.

C4SS News Analyst Darian Worden is an individualist anarchist writer with experience in libertarian activism. His fiction includes Bring a Gun To School Day and the forthcoming Trade War. His essays and other works can be viewed at DarianWorden.com. He also hosts an internet radio show, Thinking Liberty.