This article was originally published in Far West Almanac July 2008. 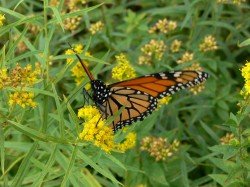 Crazier and wilder information continues to come to light charting the depths that greed and power can take. We hear about HAARP: the weather-control project in Alaska, about the Farm Bill 2008 which was finally passed after being vetoed by our ‘President’ yet still doesn’t do what it should to support local small scale food networks, of the Codex Alimentarius which threatens our local food security by claiming to protect our health through centralized factory farms, while there are widespread salmonella outbreaks from tomatoes. Tomatoes!

The more we find out about the various methods multi-national corporations (and the individuals behind them) have used to gain control over our food and health, the more depressed and confused we can become. Who to believe? Is it more naive to believe what the conspiracy theorists and the corporations are saying or to disbelieve both? Is there really a coordinated effort to poison and dull our brains or is this all somehow just a big accident? And always, the supremely depressing thought — what is the point of worrying about it all if ‘they’ already have such deep, far reaching tentacles which obviously extend to every aspect of society? What can we do anyway? Maybe we should just make the best of what we have and thank our lucky stars….

The writing on the wall is no longer something we can ignore. The hand that held the pencil is now slapping us in the face. Fortunately there is a revolution already in full swing, and all it takes to join is to plant a seed. My favorite chef, Alice Waters, first called it the Delicious Revolution. People all over the world are supporting themselves by planting a garden, be it in a pot on a balcony, in an empty city plot or in their back yard. People are out planting. Everyone knows that homegrown tomatoes taste 100% better than store bought ones and it also gives us a chance to get our hands in the dirt, to listen to the earth and to respect where our food comes from.

Eliminating variety and individuality in our food, agriculture, art and music is destroying our health. A perfect example of what results when culture is annihilated is what has happened to bananas. Bananas could easily be extinct in 5 years. Extensive single crop practices have provided a perfect playground for a fast moving fungus. It is called Panama Disease and kills the banana plant completely. The ‘green deserts’ of corporate mono-cultured bananas originate from the days when the United Fruit Company, backed by the CIA, stole land and labor from Guatemala and many other countries, destroying local culture and environment.

In Canada, at the moment, there is a bill called C-51 that will regulate herbal products, classifying them as drugs. This bill could potentially make it illegal to give someone a cup of chamomile tea. I have seen this bill before, in the EU and Australia. They all come from the Codex Alimentarius, (food code) mentioned earlier. The Codex is implemented by the Food and Agriculture Organization and the World Health Organization. In the EU products must meet stringent laws which can go as far as to dictate the appropriate angle of the bend in a banana. If the angle is a degree off the banana cannot be sold. It doesn’t comply to the standard.

Such rules are supposedly in place to protect the consumer by ensuring hygiene, uniformity and price. Unfortunately, the result is that large-scale centralized agriculture corporations are protected while family farmers are driven out of their home and livelihood. A perfect example of this is what has happened to the dairy industry in Poland. Thousands of local cheese makers and dairy farms have lost their homes in order to meet the EU hygiene standards. In California and Vancouver BC, the freedom to consume raw milk is once again under fire.

Codex Alimentarius originally came from the first known example of food regulations, known as the Rheinheitsgebot, a beer purity law, which originated in Bavaria, in 1516. This law was supposed to protect the purity of true beer by allowing only hops, barley and water as ingredients. One of the results was the shutting down of competition from beer makers not following these rigid guidelines, including beers made from herbs instead of hops, limiting the consumer’s choice.

The Codex Alimentarius of today was formed in 1962, by the UN when it created the Codex Alimentarius Commission (CAC). These regulations were proposed by Fritz DerMeer who was found guilty of war crimes for his part in the WWII genocide as president of a large pharmaceutical company. The Codex trade commission aims to “harmonize” all aspects of food and health industries world-wide, giving unlimited control of our most basic necessity to multinational pharmaceutical and agricultural corporations. It is scheduled to come into effect in the USA in 2009.

We all need food to survive on a daily basis. Even a small plot of land can grow a lot of food. Ultimately it doesn’t matter who is president if the laws we make about food in our own country won’t apply in a centralized world trade market. We need to be putting our energy and money into our own future.

This article is just a glance in the direction of the Codex Alimentarius and the other issues raised. Please visit these interesting links and watch the videos for more information.