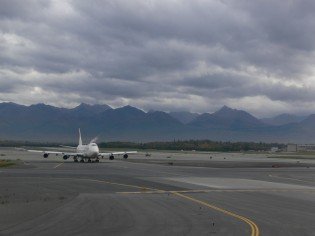 Dedicated to my sister

Who hates airline food? Me that’s for sure–I developed a theory at a young age that the altitude does something inherently disgusting to food, at that tender age I decided the best way to travel was not to eat a bite of food–just drink tomato juice, very slowly. (Sidenote: The article below will also explain why tomato juice is so good on airlines.)

I have another reason to hate airline food though, I used to work for LSG Sky Chefs. Worst job ever. Talk about HACCP hell. The facilities were a very unhealthy working environment. A dungeon-like building with no windows and damp floors. We constantly had to spray bleach around sanitizing everything, and using other hard core chemicals for cleaning, the floors were hard cement and the lights were florescent. I always felt incredibly exhausted after a shift there. I completely understand why airline food is so life draining now. It is hyper-sterilized food at it’s finest.

As is pointed out in the article, having to reheat food in a microwave at high altitudes isn’t really a gourmet situation. Very unnatural. Those superchefs really have a job set out for them–I sure hope they can keep it fresh, local and in season without any compromise. Perhaps the best way to do this would be to utilize more fermented foods. They will taste a lot sweeter in the air 😉 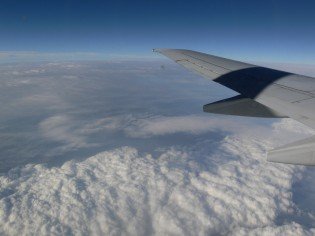 Airlines don’t often get extremely high marks for their airplane food. But quality isn’t the only factor that determines how an airplane meal will taste; airlines must also consider the fact that food simply doesn’t taste the same at 35,000 feet.

According to The New York Times, airplane cabins just aren’t a good place for food. First, the atmosphere inside the plane causes passengers’ noses to dry out. Then, after the plane takes off, the air pressure changes, causing a third of human taste buds to lose their ability to taste. Low humidity levels simply exacerbate the problem.

The taste bud changes a person experiences when on board a plane also explain why airline passengers can’t seem to get enough tomato juice, the paper reports. Tomatoes taste less acidic at a higher altitudes, so tomato juice is tastier in the sky. Numb taste buds are also the reasoning behind heavily spiced airline food and offerings of full-bodied wines. At 35,000 feet, more lightly spiced food would seem bland and so would a light wine.

The science behind airplane food is the newest development in the competition between airlines for premium ticketed passengers. Airlines are studying food science to develop new meals that will appeal to potential first and business class passengers. While airlines can attract passengers by hiring elite chefs to construct new menus, they must still take into account how higher altitudes affect the taste of the food.

The German airline Lufthansa hired a research institute to deconstruct the science behind airline food. One of the pressing questions researchers studied was why passengers order just as much tomato juice as they do beer. Ingo Buelow, head of food and beverages at Lufthansa, stated, “We put a lot of effort in designing perfect meals for out clients, but when we tried them ourselves in the air, the meals would taste like airline food.”

Airline carriers have teamed up with famous chefs to improve on-board meals and offer fine dining experiences in first and business class. For example, Air France hired Michelin star wielding chef Joël Robuchon, who created a menu that “includes Basque shrimp and turmeric-scented pasta with lemongrass.” Delta recently joined the competition, attempting to amp up its airline food by hiring chef Michael Chiarello. Chiarello spent six months coming up with a suitable menu, working with Delta’s chefs and calculating meals based on a fixed budget. Something as small as serving one less strawberry on a first class salad could ultimately save Delta $210,000 a year.

While a chef can come up with a potentially delicious airline meal, airplane food is often doomed from the start because of the method in which it must be prepared. Since typical flame grills and ovens are banned on airplanes for safety reasons, all airplane food is cooked on the ground, then blast-chilled and refrigerated before becoming precious cargo. Once on board, flight attendants warm up the food in a convection oven that blows dry air on the meal, often drying it out. Some planes are now equipped with steam ovens that help keep the airplane food moist. Regardless of how it was originally prepared, once it’s on the plane, food can only be reheated and served.

Do you find that food tastes different on airplanes?