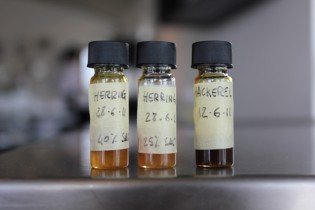 I am a big fan of fish sauce. I guess it comes from spending plenty of time in S.E.Asia. This article reminded me of my early days in culinary school as I used to spend heaps of time in the amazing library at the Culinary Institute of America, and remember being so surprised when I found out the Romans were big fans of fish sauce. I also love making my own fermented ketchup–so tasty, yes my tastebuds love that umami flavor. It is really great to see more chefs getting back to traditional food preservation techniques as well as the increasing interest in fermentation both as a way to get re-connected to the earth and each other.

Lars Williams, an American chef, works aboard a boat in Copenhagen’s harbor that is home to the Nordic Food Lab and the testing ground for one of the world’s most celebrated kitchens. He and his colleagues have embarked on an intriguing quest to discover new flavors using traditional techniques and Scandinavian products. To that end, he’s been fermenting herring and mackerel. “We tried something very simple—salt, fish, and left it in a warm place—and we got a clean, salty fish taste,” he says. “We’re trying to see if there’s a way to get more of that umami richness and less fishiness.”

Before you lose your lunch, consider the following: Fermented fish sauce is hardly a new idea, and it’s even been transformed into a familiar condiment you’ve probably slathered on burgers and fries. 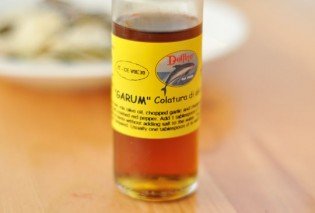 Fish sauce probably started by accident: A fish caught in a rock pool essentially started to digest itself. Humans [1] eventually learned to harness the dual action of saline fermentation and enzymatic autolysis [2]. Modern scholars have not been able to definitively identify the Greek garos, the small fish that probably gave rise to garum, a fermented fish sauce that proliferated throughout the ancient Mediterranean world. “Exactly how old garum is can’t be answered,” Robert I. Curtis, an expert in ancient food technology, told me, “but it certainly dates to at least the 7th century B.C.” Romans cooks used garum as an ordinary [3] and affordable condiment, much the way we sometimes use ketchup—to mask the flavors of otherwise off-putting foods.

The tomato sauce we now call ketchup arrived, circuitously, by way of Indonesia, where kecaps—fermented fish and soy sauces—greeted English sailors in the seventeenth century.[4] Nuoc mam, burong-isda, and other fermented fish sauces remain staple condiments across Southeast Asia, whereas Western fish sauce evolved into a tomato-based fermented corn product thanks, at least in part, to the accidental 1957 discovery of an enzyme that could turn corn into high fructose corn syrup.

Fish sauce makes use of naturally occurring substances in fish’s intestines or entrails; the gut of an Atlantic herring, for example, contains chymotrypsin (an enzymes that has been used as a food additive for, among other things, milk in France). Combined with bacteria (Leuconostoc mesenteroides and Lactobaccilus plantarum), the fermented fish transforms into various amino acids, including glutamic acid—the basis for the rich, mouth-coating umami flavor. Williams says he also adds Aspergillus orzyae starter culture, a mold intrinsic to Japanese cuisine—much like you’d add yeast to bread—to speed the aging process. 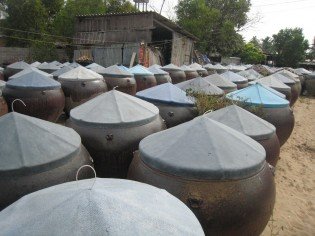 Mui Ne is famous in Vietnam for its fish sauce. These are the pots they use to ferment the anchovies in.

Microorganisms give rise to an incredible range of flavors and aromas. If different species mean different tastes, could the geographic range of microorganisms reflect a unique time and place—the Copenhagen harbor, the belly of a herring, or, more broadly, the Atlantic Ocean? Could fermented fish yield up a microbial species tied to place like the yeasts in San Francisco’s sourdough (Lactobacillus sanfranciscensis) or the lambic beers brewed in the Seine River valley (Brettanomyces bruxellensis)?

Rachel Dutton is a microbiologist at Harvard who has been studying microbial interactions. She’s using fermented dairy as a model organism—cheese as a lab rat, essentially. (I talked with her for a forthcoming story in Wired magazine.) “Most of the microbiological research that’s been done in the last 100 years has been focused on disease, for good reason,” she said. “But there’s a lot of diversity within groups of microbes. For example, Staph are found in cheeses and dried cured salamis and they’re not pathogens. The vast majority of microbes do not cause harm to humans, but the one percent that do have that potential. It’s a problem. Talking about the science that’s happening in these foods, how do you make it so people aren’t afraid of the science?”

Another group of chefs, led by Daniel Felder in New York City, suggest that fungal and bacterial cultures could be a way to rekindle our relation with nature. “In large urban environment like New York, alienated from the natural world, it is easy to become disconnected from the concepts of utilization and stewardship for our natural environment.” Perhaps the renewed enthusiasm for fermentation could be a way in—a kind of re-wilding by way of fish sauce, aged cow’s milk cheese, or even a historically accurate, ancient English ketchup. Fermentation could counter our exaggerated perception of microbial risk that’s led to the antiseptic status quo, where Purell®, hypoallergenic cats and antimicrobial everything proliferate.

Still, there’s one other ingredient to consider: disgust. “The fermentation process is one of the most interesting culinary processes,” Williams told me. “The microorganisms are far beyond what you can do with a Maillard reaction, but people say, ‘Fermentation is weird; this is gross or something you might find in the back of the fridge.’ Well, cheese and wine and beer and bread, those are all fermented products.”

Since we cannot readily or easily detect dangerous microorganisms, we may have evolved the predisposition to steer clear of rancid meats with a sense of disgust. As societies became more complex, disgust served as a social function, which may help explain why, on the one hand, fermented milk may sound delicious, while on the other, fish sauce may not.

As scientists continue to unravel the complexity and magic—how certain gut bacteria lead people to prefer or avoid certain foods—we’re still a ways off from revealing the secrets of how fish sauce, or modern condiments, have come to define us. “Where do these organisms in our gut come from, how they take up residence there, or how food-borne organisms impact what’s already there?” Dutton says. “How do they change us? We don’t really know yet.”

Notes:
[1] Scholars diverge on the question of whether great apes ate fish—or, for that matter, fermented fish. Stephen Cunnane argues that the available amino acids in clams, frogs, and fish drove hominin encephalization. Katharine Milton doesn’t buy it. “If it’s just more of early humans lived by the sea and turned to marine resources sort of stuff and lo and behold their brain got bigger—you can stuff that one in a weighted sack and drop it in the deep blue sea. Brains run on glucose folks!”

[2] Ancient people were able to harness these process, to add chemicals and enzymes, despite the lack of knowledge about microorganisms—which would not emerge until Antony van Leeuwenhoek peered into his homemade microscope in 1665 and laid eyes upon living animalcules.

[3] In a testament to its everyday use, modern archeologists have even used garum to estimate the date upon which Vesuvius erupted based on the seasonal appearance of a sea bream that Linnaeus later classified as Boops boops.