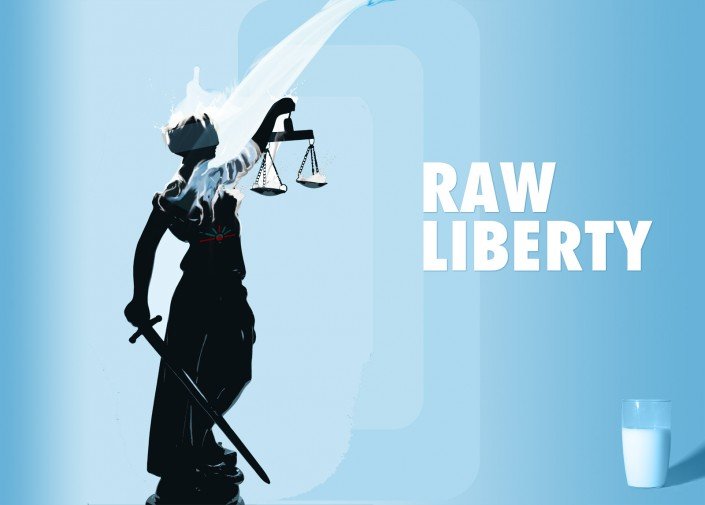 This morning I got to the courthouse late and missed what Gordon Watson had to say. Judge Wong wrapped it all up saying that it was a lot of information which he needed to spend some time looking over and that he had a fair amount of other work as well and that his judgement may not come for quite some time.

What this means for all of us remains to be seen — in the meantime we have an opportunity to raise awareness of this issue locally by promoting the upcoming Raw Milk Symposium which is taking place April 5 & 6, 2013, people who are interested in helping out please join us Feb 27th 7pm at Rhizome cafe.

It has been interesting for me sitting through this trial as now I have better understanding of all the rather complicated details and the history of milk in BC a bit better. Clearly, whoever is behind this illogical attack (with no evidence I might add) on a small private operation has plenty of money and is counting on wiping out opposition with sheer financial clout. Fraser Health obviously knows that maintaining public approval is very important (just think of how they publically stated they would not go after the dairy until the constitutional challenge had been heard, yet had not a second thought to their responsibility to be honest and transparent with the public and arrogantly did the exact opposite.) Therefore, we need to really bring this issue to the public’s attention. 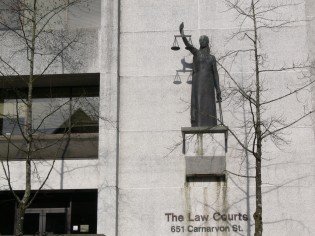 Yesterday morning started off with Fraser Health lawyer (Susan Beetch) giving her closing arguments as well as various other information which included quite a lot of stories about dogs…dogs barking, dog hospitals….

She also spent a fair amount of time again insisting that Michael Schmidt was the boss of Our Cows and that he had ‘aided and abetted’ us in ignoring or treating the order of the court as unworthy of our attention. She also said she found it hard to believe all these people would join a cowshare for cosmetics. (Poor lady has never had a soak in an enzyme-rich nutritional bath.)

It is clear to see that the Fraser Health officials are able to separate the milk from the cow quite easily. The truth of the matter is that these need to be treated more as one unit. As owners of the cows the milk will be there–it doesn’t matter to them if we can drink it or not, if we don’t milk them it is very cruel. Even if it seems unreal to Beech that we would use raw milk as a cosmetic, it is a much more sensible solution as to what to do with the milk than to simply throw it out, or poor it down the drain as she was suggesting.

During the break one of the cowshare members took an opportunity to talk with her briefly about raw milk. It was interesting to observe her body language as she spoke about how she would be horrified to drink raw milk (while making the most disgusted face). She also brought up a recent study in Australia and began to start passionately talking to us about the terrors of raw milk. We later discovered that she is the top dog lawyer for Fraser Health who makes decisions concerning which lawyer will covers which case. It is interesting that she felt she had better represent Fraser Health herself in this case.

Anyway after the break Beech finally sat down after saying she is seeking that Watson and Schmidt be found guilty of contempt of court, be fined and/or be imprisoned for minimum 45 days as well as seeking to cover Fraser Health’s costs for the trial. Clearly she is happy to have the court case run on for as long as possible knowing full well these legal fees will bankrupt any small community dairy.

Gratyl brought up some very powerful points in his low-key, subtle manner stressing how Schmidt has consistently worked to find ways to comply with the law and to work with regulatory boards. He also reminded the judge that Rice had stated that he didn’t believe that the products were being used as cosmetics so they did not look into the issue further, stating it was an insignificant matter.

Gordon Watson put forward his closing arguments beginning at 3 pm and went into the deep history of the Milk Industry Act. Interestingly when he brought up the Milk Board and quota case of 1954, Judge Wong was involved in that case as well. ( I personally don’t know much about this case, but I am sure most Canadians will have some idea about this?) 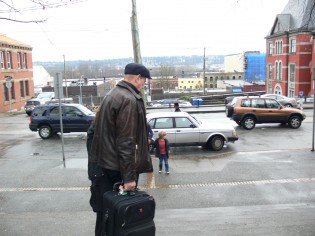 I am sorry not to give more details but my brain is rather worn out. I have no idea what the judge will say, I sure hope he doesn’t put anyone in jail. Michael looks like he has had more than enough, he is exhausted and this case just kept dragging on and on, it is very emotionally draining.

It would be really nice if we in the cowshare could really do something to let Michael know our full appreciation for him sticking his neck out for us like this. I for one really do not want to go to jail, and from what the Fraser Health lawyer was saying this morning, she would personally like nothing less than seeing us all in jail, simply to protect us from ourselves — since we are such complete self-destructive, morons and clearly dangers to ourselves.

I wished I had brought some kefir and calendula hand moisturizer/shield to give to the Fraser Health lawyer this morning, but she probably would have throught I was trying to poison her! It does surprise me, though that these health officials seem to have never heard of transdermal absorption, which is becoming more and more of a hot topic these days as some nutrients are just absorbed much better through the skin than the intestines.

Click here to cancel reply.
« Why Oh Why Does Fraser Health Hate Raw Milk So?
The ‘Sugar of Intelligence’ »
We use cookies to ensure that we give you the best experience on our website.
If you continue to use this site we will assume that you are happy with it.