Little Chilliwack Dairy Back in Court 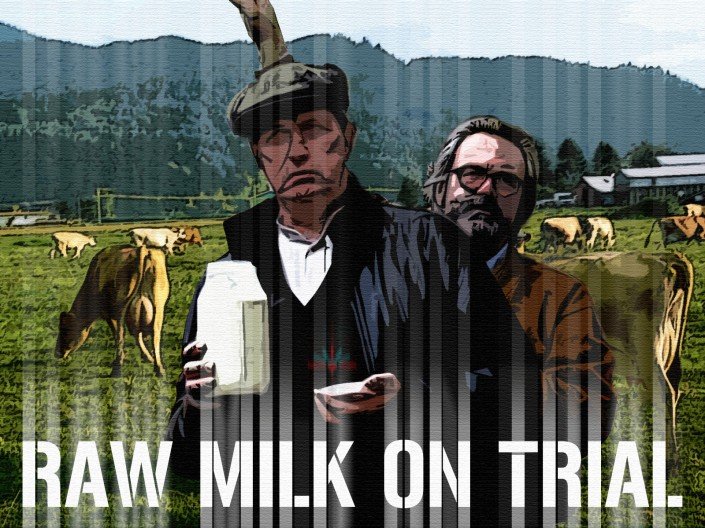 Just got back from the New Westminster courthouse. Our cowshare family spent a loving day together listening to the interactions between the lawyers, judge, Gordon Watson and witnesses over what seems to be unravelling as a case of malicious intent on the part of Fraser Health against this private local community of people who enjoy owning a lovingly cared for and properly fed cow.

The thing that stood out to me, as I observed the people who appeared in the courtroom today to show their support for Gordon Watson and Michael Schmidt, was the diversity of the people there. I guess I too have fallen for the way the mainstream media likes to portray folks in the raw milk movement–as being ignorant fundamentalist crazies. The Vancouver cowshare family is a beautiful example of a gathering of intelligent people from all kinds of backgrounds, different religions and opposing political views. People who remain connected to their traditional food rituals. 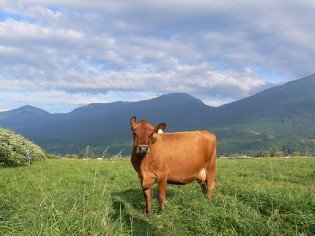 Listening to the trial, especially the way the Frazer Health lawyer spent so much time nit-picking over various terms and technicalities kept making me wonder how much exactly this all is costing. How much does a day of court like that cost us tax payers? And why is all this money going into this now?

Fortunately, in this case the judge seems mind-bogglingly fair and patient. The Fraser Health lawyer keeps whining about how she is being ‘ambushed’ but honestly Fraser Health ambushed this little Chillawack dairy in the first place out of what increasingly appears to be some kind of an obsessed personal authoritarian vendetta or some equally bizarre – institutional-type mind-set.

There were some interesting points raised though, for example as to how easy it is to pasteurise your own milk at home on your own time…or if Fraser Health also targets folks making wine or beer in facilities outside their home…or if someone ate a tube of lip balm, as me and my sisters commonly did as kids, and got sick from it who would be to blame…or if someone bought a can of catfood and went home and made a sandwich with it if the catfood making company should be shut down…and others.

It was interesting to notice that the witnesses (Mr. Shum and Mr. Rice of Fraser Health) did seem to be surprised that Australia allowed the sale of raw milk as a cosmetic. But they were clearly well established in their opinion that human consumption of raw milk is obviously rediculous, if not insane and unilaterally dangerous. Personally I find that a little sad for them, as well as hugely unfortunate for all of us who appreciate the subtleties and energetics of life and gut flora 😉

Anyway I’ll let you know more tomorrow. I’m rather brain-dead tonight. Happy Valentines day everyone. And if anyone would like to help brainstorm ideas for fundraising lets meet up at lunch time.

Click here to cancel reply.
« Do we really need industrial agriculture to feed the world?
Why Oh Why Does Fraser Health Hate Raw Milk So? »