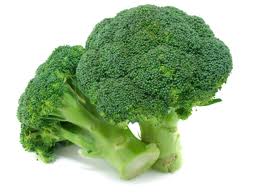 In case you hadn’t heard about this latest Monsanto trick: Patent on Broccoli will not be revoked

European Patent Office (EPO) canceled a public hearing on the controversial patent on a broccoli in October. The broccoli protected by the patent EP1069819 was derived by conventional breeding methods. The rights to the patents are being held by US company Monsanto. The company Syngenta which had appealed against the patent, has now surprisingly proposed the cancellation of the planned hearing. The EPO is following this request from industry. This means that the patent for the broccoli, which is derived by traditional breeding methods, will now be upheld with only minor modifications.

“The patent office as well as industry shy away from any public spotlight. They wanted to avoid the demonstration, to which even the German minister for agriculture had been invited to speak. There is no other explanation as to why the long scheduled hearing has now so suddenly been canceled. However, public protest will continue, and we will not stop mobilisation for the demonstration”, says Ruth Tippe of “No Patents on Life!”, which had been involved in the preparation of the demonstration, together with Farmers, Friends of the Earth, Greenpeace, Misereor and others.

As the broccoli in question has already reached supermarket shelves in the UK, some effects of patented vegetables can now be studied. The broccoli was derived by conventional breeding methods and is supposed to contain a higher level of healthy components. The rights to the patents are being held by US company Monsanto. As of October 2011, the company exclusively markets the broccoli under the label “naturally better” and at significantly higher prices than other broccoli varieties through the retail chain Marks & Spencer. Without the assigned patent other breeders could further improve this broccoli and consumers would have a much wider choice between several producers. Now the patent will stifle further breeding developments.

“In times when nearly a billion people are starving, it is simply immoral to artificially increase prices of foods through patent monopolies. Effectively, companies such as Monsanto are abusing patent laws to turn food resources into financial ventures. Should healthy food only be available for rich people?” asks Kerstin Lanje from Misereor. Read More

Click here to cancel reply.
« Homogenization – Manipulated ‘Milk’ and the Loss of the Creamline
Wave Of Suicides Among Indian Farmers »
We use cookies to ensure that we give you the best experience on our website.
If you continue to use this site we will assume that you are happy with it.