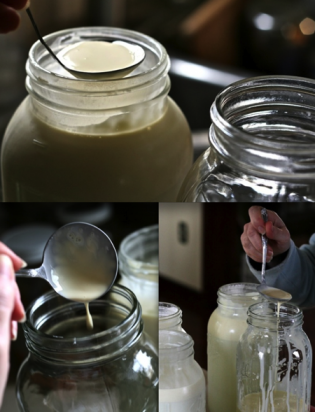 The third crucial achievement was homogenization, or the technique of crushing milkfat globules into droplets too small to rise to the surface in a cream layer. Homogenization had to overcome several obstacles before it could be coupled with the first two advances. It disrupted the chemical structure of the milkfat so drastically as to release a torrent of enzymes that promptly turned raw milk rancid. Even when dairy chemists learned to side-step rancidity by combining the steps of pasteurizing (which inactivated the enzymes) and homogenizing, there remained the age-old consumer habit of judging milk by its richness — i.e., the thickness of the cream layer on top. When packaging in glass bottles came in toward the start of the twentieth century, one of its advantages from a buyer’s point of view was the plainly visible “creamline.” The fact that homogenized milk in glass tended to acquire an unpleasant oxidized flavor on exposure to light more rapidly than creamline milk was another strike against it.

As a result, until shortly after World War II few people saw any reason to want homogenized milk. Milk for drinking was almost without exception available in only two degrees of richness: with or without all the original fat. Skim milk, or what was left when the cream was separated for other purposes, was the ugly sister. Health experts warned mothers that it was paltry stuff, deficient in crucial nutrients. (Most states required that it be fortified with vitamin A to replace the fat-soluable beta-carotene that disappeared along with the cream; this step is still mandatory for fat-free and most reduced-fat milk.) At the nation’s creameries skim milk was an unvalued by-product, often dumped for lack of any profitable use.

As early as the late 1930s a few dairy processors had been trying to win people over to homogenized milk. The turning point came with a postwar shift to opaque paper or cardboard containers in place of returnable milk bottles. This in turn accompanied another shift away from home delivery and toward supermarket purchases of milk. Consumers and supermarket managers adored the convenience of throwaway packaging. Milk processors and distributors loved the fact that the cardboard couldn’t be seen through, which incidentally solved the oxidation problem. It was the perfect moment for abolishing creamline milk and substituting a product whose appearance had previously weighed against it. 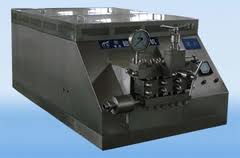 From an industry perspective, homogenization meant not simply homogenizing milk as it came from Bessy, Ellen, or Lucinda but being able to play with it. A commercial dairy could now calculate the amount of fat in incoming milk completely remove it, and homogenize it back into the milk in any desired proportion, which putting any surplus to other purposes such as butter or ice cream. In effect, “whole milk” could now be whatever the industry said it was.

Publicity campaigns successfully persuaded housewives that homogenized milk was both handier and — a particularly Orwellian stroke — creamier-tasting than messy old-fashioned milk with the cream on the top. The fact that few milk drinkers now had ever met a cow was a great help. Very soon even the few diehards who preferred milk in glass had forgotten about creamlines, and today curiosity seekers tasting unhomogenized milk for the first time often find the appearance and “mouthfeel” vaguely unnatural. The dairy-processing industry was free to set the standard milkfat content for supposedly “whole” milk at 3.25 percent by weight–the minimum specified by the Food and Drug Administration in the Code of Federal Regulations, through some states mandate a slightly higher percentage.

In a 1929 a survey of the compostition of milk produced by major dairy-cow breeds showed milkfat ranges from 2.9 to 8.4 percent; though a similar listing today would show some ironing-out of extremes, a real average for American dairy herds probably would be around 4 percent, with the best herds easily achieving 5 or 5.5 percent. Yet after more than half a century of almost universal homogenization, it would be fiscal insanity for most processors to sell anything mirroring the composition of real whole milk. Indeed, consumers have trouble grasping that the usual homogenized product is not whole, in the sense of being entire or intact. p 45-46

From Milk Gluts to Niche Marketing 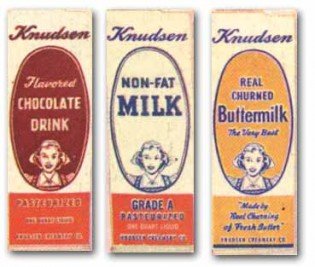 Special-interest gimmickry stepped in. Dairy processors had investigated it to an extent after World War I, the success story of chocolate milk being one 1920s example. But their efforts were mere dabbling until the miracle of “standardization” by homogenizing came along. And even that might not ahve had the spectacular results it did if not for a swift reversal of nutritional orthodoxy about the benefits of whole versus skim milk during the late twentieth-century cardiac donnybrooks. Suddenly milkfat was not proof of quality, but one of nature’s blunders in designing an otherwise virtuous food. From the ’60s or ’70s on, hasty public health re-education campaigns sought to convert consumers to “the less, the better” attitudes regarding fat percentages in milk, with zero being the new ideal.

Zero was easily attainable through centrifuging, but centrifuged skim milk lacked the flavor-saving smidgin of cream that remained in the milk after hand skimming. Some people uncomplainingly adopted zero-fat milk; many more balked. The milk-processing industry eventually arrived at a spectrum of products starting with 0 percent milkfat milk and progressing through various homogenized gradations of fat content. For a long time the hardest sell remained skim milk, and for good reason: The usual commercial versions are a singularly thin, vapid travesty of decent hand-skimmed milk. But eventually processors hit on the stratagem of using dried skim milk solids to add body and selling the result under names like “Skim Milk Plus.” p47-48