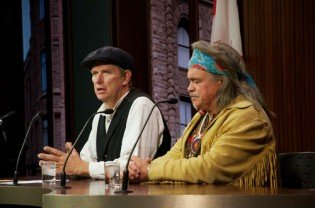 Michael Schmidt is “willing to die if it’s necessary” for responsible food freedom.

That’s what raw milk farmer and activist Michael Schmidt said today at a Queen’s Park news conference in response to a question from a Toronto Star reporter.

Of course dying for the cause wouldn’t be his first choice. But it underlines that fact that he’s putting his life on the line in a very real sense to drive home his point that Premier McGuinty needs to sit down with him and start a dialog about how to transform the province’s raw milk underground into a system in which people will be able to buy openly from accredited dairy farmers, instead of through clandestine meetings in suburban parking lots.

What is he protesting? Our very basic right to decide for ourselves what we put into our own bodies. Read full article on the Bovine.

In the past couple months, both in the US and in Canada, judges have ruled that we can’t drink milk from our own cows. Canada and the US are mindlessly marching in-step towards a future where our food is completely controlled by corporations that do not have our best interest at heart.

Please sign this petition and pass it on to everyone you know right away. 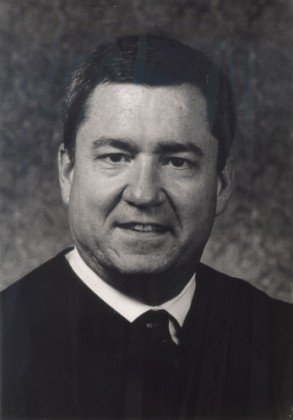 The US judge, Patrick J. Fiedler, who ruled against food freedom is now working for a Monsanto law firm:

The judge who ruled that consumers have no right to consume milk from their own cows, and no right even to choose their own foods, has resigned his job so he can join one of Monsanto’s law firms.

Dane County (Wisconsin) Circuit Court Judge Patrick J. Fiedler’s recent ruling against the property rights of cow owners and their right to consume raw milk from their own cows earned him the first nomination for our new Tyranny of the Year Award.

Well, he is a judge no longer. He now works for the Axley Brynelson law firm, which defended Monsanto against a patent infringement case in early 2010.

So here we have a judge ruling against pure, raw milk, which drives consumers back to standard milk from cows fed antibiotics, growth hormones (sold—and genetically engineered—by Monsanto), and grain (from seed sold—and genetically engineered—by Monsanto). And then, immediately after his ruling, he goes to work for the law firm that defended Monsanto on a genetic engineering case. Read More

The Canadian judge Mr. Justice Peter D. Tetley is just a fraction more discrete but definitely deserves his own Tyranny of the Year Award: 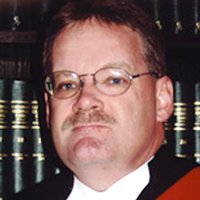 Dairy farmer Michael Schmidt has been campaigning to legalize the sale of raw (unpasteurized) milk for 17 years. In 2010, he was acquitted on 19 charges by a justice of the peace who ruled that “cow-sharing” was a legitimate way to provide raw milk to informed consumers who don’t live on farms.

But the judge ventured beyond the subject of raw milk, saying: “The entitlement to consume milk, raw or otherwise, is not a Charter protected right.”

The implications are far-reaching. If the judge is right about this, future courts could similarly declare that you have no right to eat meat, poultry, seafood, fruit, vegetables, or grains, even if government-approved — in short, you may have no right to eat anything at all. Read more

This is a slippery slope guys, once this legal precedent is set for the government–oh no wait, I mean the corporations–to decide what we can or can’t eat, they can easily do this again and again. What comes next? Already natural herbs are under attack. Already we don’t have any say about whether we want Smart Meters on our homes. In fact, I just saw an article discussing how difficult it is to supply Vancouver with local, truly free-range chicken eggs. 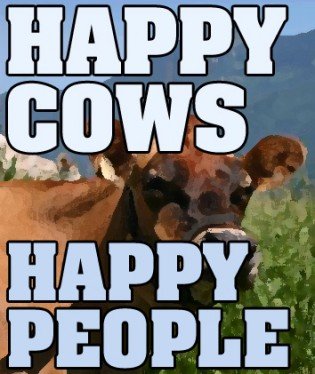 It is simply insane that so much money and time is being put in to stomp out a small group of raw milk lovers who have done the research and sought out local cowshares, of their own accord, with no mass marketing to ‘sell’ them on the idea. Michael Schmidt’s farm was already raided at gunpoint in 2006. I don’t know how much money has gone into the court system for this so far and now it seems they are putting a ton of money into gearing up for more raids on local community dairies.

Raw milk from happy grass-fed cows is my religion it is my culture.

Even if you think people who drink raw milk are nuts, this is an issue that we all need to get active about. It is basic freedom of choice. Throughout time and history the colonizers have known that destroying a people’s healthy food source destroys that people’s culture and is the best way to control and manipulate them. The people will be unhealthy, stressed out and desperate. This is just another move by the corporate world to control every aspect of our lives.

I personally have been drinking raw milk for the past 6 years. My husband no longer has asthma or allergies as a result. If the cows are healthy and treated right i.e. able to eat grass as their bellies are made to, the milk is better than clean–it is living–full of beneficial bacteria and enzymes and will not harm anyone.

In this day and age when everyone is discovering just how necessary a gut full of probiotics is for a strong immune system and when our world is over-toxic and run by huge corporations, Health Canada should not be putting on blinders and madly following outdated science–why exactly do I pay them a monthly stipend for this bullheaded stupidity?

Consider this: The average person’s body contains about 100 trillion cells, but only maybe one in 10 is human.

This, it turns out, is nature’s way: The human cells that form our skin, eyes, ears, brain and every other part of our bodies are far outnumbered by those from microbes — primarily bacteria but also viruses, fungi and a panoply of other microorganisms. 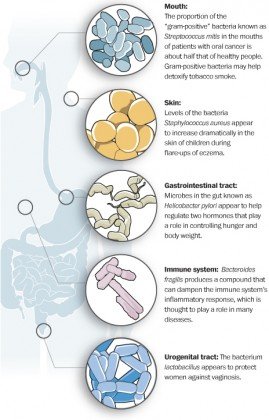 That thought might make a lot of people lunge for the hand sanitizer, but that impulse may be exactly the wrong one. Researchers are amassing a growing body of evidence indicating that microbial ecosystemsplay crucial roles in keeping us healthy.

Moreover, scientists are becoming more convinced that modern trends — diet, antibiotics, obsession with cleanliness, Caesarean deliveries — are disrupting this delicate balance, contributing to some of the most perplexing ailments, including asthma, allergies, obesity, diabetes, autoimmune diseases, cancer and perhaps even autism.

As microbiologists have begun scrutinizing these colonies, it has become clearer that they create carefully calibrated enterprises, with unique combinations inhabiting individual crevices and identifiable nuances from person to person.

“We just don’t pick up willy-nilly any microbe in the soil or air we encounter,” Relman said.

“Gut bacteria have figured out a way to network with our immune system so it doesn’t attack them,” said Sarkis K. Mazmanian of the California Institute of Technology. Read More.