When we were growing up I remember we used to get our cat food from the local butcher. He would keep scraps of meat and we’d go and pick up a big bag of it, take it home and divide it up into smaller portions, and freeze it for later. Our cats loved it and all lived long healthy lives. 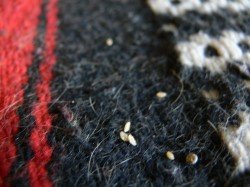 When we took over the care of Mishka, our cat I figured she might like eating raw meat. I went to the butcher and got some raw ground pork. Mishka hadn’t had raw meat before and it took her a while to actually try some, once she had she was sold. A couple weeks later we noticed that she was sleeping even more than ever and there were little bits of dry rice looking things left behind when she moved. I soon realized she had worms and a little research soon showed that it was probably tapeworm. I felt like a real retard, as raw pork is a typical place for such parasites to hang out. I should have been freezing the pork for a week or so before feeding it to her to kill unwanted micro-organisms.

I tried grinding up pumpkin seeds and mixing it with garlic and turmeric and some food grade diatomaceous earth called ToxiClenz which I ordered from Wisdom of the Ages. Mishka refused to eat it and it was such torture every night trying to get her to eat it. Finally we gave up and headed to the vet to get her some worm medicine which we had to force down her throat in an extremely violent and trauma-causing manner.

After that experience we wanted to make sure she never got worms again and have been very careful to freeze all raw meat before we feed it to her. Her coat has become much softer and shiny, she is still neurotic and grumpy but seems to be staying healthy. A patch of fur that she had completely worried bare grew back as well. So far it does indeed seem that having her on this healthy diet is a great preventative for both worms and fleas.

If you do get a flea infestation in your home, diatomaceous earth can also be used to get rid of the fleas. If you sprinkle it all over the floors or carpets it will dehydrate and dry out the fleas. It is a natural and safe method to get rid of fleas, just leave it for a few days and vacuum it up later.

Click here to cancel reply.
Praise for The Keeper »