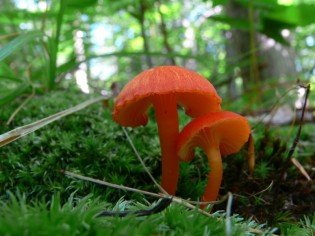 Have any of you read The Secret Life of Plants by Peter Tompkins and Christopher Bird? I am sure many of you have and will appreciate this article. I am one of those people who, I have to confess, generally gets along better with plants than people, perhaps it is because I prefer to listen to the frequencies that are way below the vocal range and even find voices grating. I often dream of communicating without the need of the voice. Plants have such a gentle and calming presence. As a kid I always was trying to make secret reading spots in trees. We had some lovely trees in our backyard, growing up. One of them was a huge avocado tree, which I actually stayed far away from as it was full of spiders whose bodies where as big as your hand. They weren’t dangerous and minded their own business, but I stayed out of that tree.

My father didn’t allow us to climb trees because he was scared we’d fall out and break something, so we always had to do it when he was away, or in a place that was out of sight. My favorite trees were a mango and a breadfruit tree behind our old shed right over a rusty barbed wire fence. None of us ever fell on that fence, but we sure did love climbing in the breadfruit tree. It had great branches, easy to climb and lounge on. We discovered if you popped off a nearby leaf and waited for the sap to ooze out and dry, these bits of rubbery sap could then be chewed on like bubble gum (another thing we weren’t allowed). Oh we felt so naughty and happy sitting in the breadfruit tree over the barbed wire fence chewing on breadfruit-sap bubblegum.

Later when I was learning biodynamic craniosacral therapy I spent a lot of time with a huge ancient Aotearoan (New Kealand) tree who taught me how to get rooted and how to extend myself into the ethers at the same time. Now, living in a city full of wireless frequencies, my own house is full of plant friends who are a big help in easing some of the constant low level stress that is created. Anyway, all that to say that I love plants 🙂 Please enjoy this article by Jon Lieff MD.

The Plant “Brain” 2: Communication among Plants and with Other Species 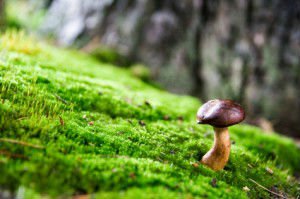 Plants, while not generally thought of as being intelligent, do exhibit problem solving, planning, communication, and defensive behavior. Plants actively search for nutrients and for sunlight. They move their leaves and stems in response to light and can change in which direction they grow in response to different available nutrients. They can move toward prey and away from competition.

Plants can sense touch, hearing, smell, and electromagnetic waves. Plants such as the Mimosa close their leaves upon touch. Some plants respond to noises with changes in growth patterns. As discussed the Dodder plant uses its sense of smell to guide its search for other plants from which it can extract nutrients. Most plants can signal other plants with odorous chemicals to warn of a predator. Their ability to sense light allows them to differentiate day and night, as well as to defend against too much ultraviolet light by producing special pigments.

Plants exhibit elaborate communication within themselves, with other plants, and even with other species, such as microbes and fungi. A plant is continually sending information between its multiple components about environmental factors, such as the amount of water, minerals and sunlight available, and warning of the presence of competitive species and predators.

Communication within plants can be conducted through the use of electric signals, mechanical or water pressure, and chemicals. There are a large number of chemicals involved in plants’ internal communication: Plant With Fungus proteins, hormones, minerals, nucleic acids, sugars, fats, and complex carbohydrates. All of these are involved in triggering plant behaviors.

Communication between plants occurs through chemical messages released in the air and by their roots. The root method is slow, and air messages depend upon the weather. Plants can send messages to warn other plants about a predator, which causes the other plants to prepare defensive chemicals to fend off the intruder.

Elaborate communication occurs between plants and funguses. Many plants have established relations with fungi whereby the plant gives the fungi energy and organic compounds produced from sunlight by photosynthesis, and the fungi gives the plant minerals and other nutrients from the soil. If the fungus doesn’t produce enough nutrients, the plant can kill the fungus. Conversely, if the fungus is helpful the plant will give it increasing amounts of energy and valuable compounds.

Eighty percent of plants have fungus hanging from their roots, which they use to form a network of communications between the plants. These networks of fungi transport water and food between the plants, enabling them to share water and nutrients with each other. When a parasite or toxic microbe attacks one of these plants, a message can be sent through the fungus network, which prepares other plants against the invader by stimulating genetic material to create protective enzymes. Plants that are warned do much better in fighting the predator. In one Canadian forest, it was discovered that the fungus communication connections between multiple species of trees were twenty miles long and communication between them was very rapid.

Can this level of communication between plants and other species be occurring without cognitive processes? A future post will discuss elaborate defensive moves, and planning ahead.

Click here to cancel reply.
« The Great Invocation
Dr. Terry Wahls – Healthy Mitochondria, Happy Neurons »
We use cookies to ensure that we give you the best experience on our website.
If you continue to use this site we will assume that you are happy with it.