Revenge of the Candida Fungus

The Ganglion parasites from Dark Skies

Seven years ago we lived in a hellishly mouldy apartment in Wellington New Zealand and got infested with mould. Since then I always have an eye out for any articles about candida, moulds and probiotics. This is actually one of the most well written, concise, yet descriptive and in depth pieces around. Great for anyone who doesn’t know anything about Candida and interesting for folks who do. I especially appreciate that it mentions that Candida love EMFs. This is something that I am experiencing first hand these days since we had 8 smartmeters installed under my office and much of my hard work over the past couple years with the GAPS diet for my intestinal health are slowly but surely being eroded.

Revenge of the Candida Fungus 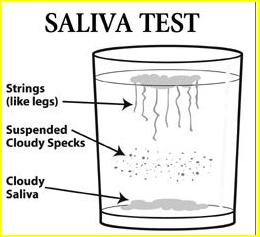 Test yourself for Candida

Healthy people typically have about 4 pounds of microorganisms living in their intestines. At least 80-85% of those organisms are beneficial and less than 15-20% are detrimental. They fight constantly over nutrients and space to live on the wall of the colon.

Candida is a type of parasitic fungi, a yeast-like fungus that lives on human skin. It can be found on the mouth, in the intestine and genital organs. Most people associate the word candida with the most common type of candida infection, candida albicans. However, there are numerous types of candida, over 150 species! The body’s natural defense against fungal and yeast infections is the production of friendly bacterial flora. If the number of friendly bacteria is decreased, the immune system is weakened or other conditions for yeast proliferation occur, candida albicans may shift from a yeast to a fungal form and start to invade the body, especially an acidic body. In the yeast state candida is a non-invasive, sugar-fermenting organism but when it becomes fungal, it is like an alien invasion on the body and can produce rhizoids, long, stringy, finger-like/root-like structures that burrow into the intestinal wall. Yuck!

Candida releases poisons in blood causing all kinds of symptoms. The toxins that are released include: Ethanol (can cause symptoms of alcohol intoxication), Acetaldehyde (cause abnormal behavior, memory loss, distorted thinking, mood swings, depression, impaired intellectual functioning and emotional disturbances), and Formaldehyde.

Where does this invader who feeds off humans come from? Dr. Philip Bonnet of thehealingpartnership.org says,

“Candida albicans is a fungi in the form of yeast which enters the newborn infant during and shortly after birth. It lays dormant in healthy individual as long as they follow a healthy lifestyle that produces a strong immune system.” 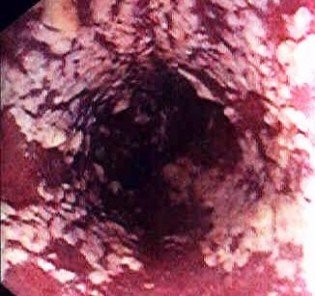 Candida, also a girl’s name, is of Latin origin, and the meaning of candida is “white.” The color was associated by Christians with purity and salvation but not in this case. Incidentally the color of the yeast from candida albicans is white. People with an overgrowth of candida exhibit white tongues, white genital discharge and white spots in the mouth. Not so holy. Other symptoms of overgrowth include: chronic fatigue, skin rashes, sugar cravings, thrush, abdominal/gastrointestinal pain, bloating, joint pain, brain fog, fungus on nails, urinary infections, itching red eyes, sinus problems, anxiety/depression/mental problems, bad breath, loss of libido, asthma, jock itch and urethritis.

Suspect you have been taken over by fungus overgrowth? See a naturopath and get a candida test or handle it yourself by going on the candida diet. Like all parasites whose only mission is to survive, once invaded it will make a human crave with all its might what it needs to stay alive. This particular parasite wants sugar sugar and more sugar. The purpose of the candida diet is to starve the yeast organisms which are causing the symptoms. Candida is stubborn but it can usually be eliminated in 2-6 months.

Foods to avoid like the plague if you want to kill off the candida: all forms of sugar, honey, white flour, pasta, starchy food, alcohol, drugs, fruit (except apples and grapefruit which kill candida and some berries), fruit juice, yeast containing foods, fermented foods, baked goods, vinegar (except apple cider vinegar), mushrooms, artificial sweeteners/fats/oils/colors, all food preservatives, processed foods, corn syrup, dairy, all forms of pork and cold cuts, meat with antibiotics, peanuts, pistachios and condiments. It’s definitely worth looking into the acid/alkaline diet to also help with candida.

Killing off candida can produce a die-off reaction as the parasitic fungus screams bloody murder. While it may be uncomfortable, don’t give up! Adding up all the factors, it takes work to live in these bodies. Maybe the candida parasite is really the one controlling the food industry, making what it needs to stay alive!

Click here to cancel reply.
« Guerrilla Grafters – “Let Them Eat Fruit”
Edible Schoolyard Project Faces Funding Cuts »
We use cookies to ensure that we give you the best experience on our website.
If you continue to use this site we will assume that you are happy with it.