Pharmaceuticals In Your Water 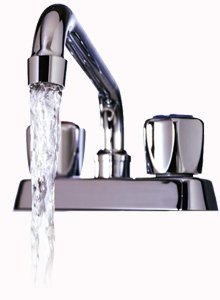 This is an issue that it seems is finally getting more attention in the mainstream media, but it is very true this is something that we should have been concerned about for a very long time already. Personally I take a bit of bentonite clay first thing every morning as it is good at removing unwanted chemicals and toxins from our bodies, but that doesn’t mean I like the idea of them being there in the first place. I currently have a water filter, but I am still uncertain as to whether any of the filters on the market currently really remove the pharmaceuticals or not. If anyone knows of any please let me know. This is a good article that sums up the whole history of how this has happened as well as what you can do about it to protect your own health. Please follow this link for the full article by Jon Barron of The Baseline of Health Foundation:

What To Do About Pharmaceutical Drugs In Your Water

Last Sunday, I was talking about detoxing to a group of 1,400 at a Peak Potentials event. (Had a great time.) During the course of the talk, I mentioned the problem of pharmaceutical drugs in drinking water as being a reason to regularly detox. Maybe about 50 people in the room nodded their heads in understanding. The rest seemed surprised. They shouldn’t have been. This is old news. Although…

Just 5 hours after I gave my talk, a major AP news story broke about this exact same topic. Amazingly, they too presented it as breaking news — and the mainstream media picked it up and ran with it as such. But the truth of the matter is that the story here isn’t about pharmaceutical drugs in our drinking water; it’s that this news is being treated as a breaking story. How short memories seem to be.

In point of fact, the prevalence of pharmaceuticals in water is nothing new. During 1999-2000, the U.S. Geological Survey conducted the first nationwide investigation of the presence of pharmaceuticals, hormones and other organic contaminants in over one hundred streams in some thirty states. Ninety-five contaminants were targeted including antibiotics, prescription and nonprescription drugs, steroids, and hormones. Eighty-two contaminants were found in at least one sample. Eighty percent of the streams tested positive for one or more contaminants. Seventy-five percent tested positive for two or more contaminants. Thirteen percent contained an astounding twenty or more targeted contaminants. As I said, the AP story that seems to be ripping through the internet is hardly breaking news.

It should be noted that there is no widespread treatment used by municipal water treatment plants that removes these contaminants. Once these drugs enter the water supply, you end up drinking them unless you remove them yourself at your house. (More on that later.) Are the levels significant? Probably not significant enough to produce acute effects, but more than likely significant enough to produce subtle behavioral and reproductive changes. It’s worth noting that a subsequent 2005 US Geological Survey found that in some Potomac River tributaries nearly all of the male smallmouth bass caught were abnormal “intersex” fish. Well, then again, maybe not so subtle effects!

The Associated Press broke the story last week that they had just concluded a 5-month investigation that found that drinking water supplies of at least 41 million Americans contain a vast array of pharmaceuticals — including antibiotics, anti-convulsants, mood stabilizers and sex hormones, albeit in very small amounts.

Despite these findings, water utilities insist that their water is safe since levels are far below medical dose levels — a fairly ballsy statement, considering that most utilities don’t even test for the presence of drugs in the water, and those that do won’t release the findings. For example, the head of a group representing major California suppliers said the public “doesn’t know how to interpret the information and might be unduly alarmed.”

Part of the problem is that the federal government doesn’t require any testing and hasn’t set safety limits for drugs in water. Of the 62 major water providers contacted in the AP study, only 28 municipalities tested their water for pharmaceuticals. Among the 34 that don’t are Houston, Chicago, Miami, Baltimore, Phoenix, Boston and New York City’s Department of Environmental Protection, which delivers water to 9 million people. Of those that do test, some test for the presence of just one or two pharmaceuticals — hardly comprehensive. And finally, the AP’s investigation also found that 28 of 35 watersheds that serve as the natural sources for most of the nation’s water supply are contaminated.

Although government authorities insist the water is safe, other experts aren’t so sure. The presence of so many prescription drugs — and over-the-counter medicines like acetaminophen and ibuprofen — in so much of our drinking water is heightening worries among scientists of long-term consequences to human health. Researchers don’t yet understand the exact risks from decades of exposure to combinations of low levels of pharmaceuticals, but recent studies have found alarming effects on human cells and wildlife. In the course of their investigation, the AP discovered that pharmaceutical drugs have been detected in the drinking water supplies of 24 major metropolitan areas — from Southern California to Northern New Jersey, from Detroit to Louisville, KY. Here are some of the key test results obtained by the AP:

And for those of you reading this who live outside the US, sorry. Contamination is not confined to the United States. More than 100 different pharmaceuticals have been detected in lakes, rivers, reservoirs and streams throughout the world. Studies have detected pharmaceutical drugs in waters throughout Asia, Australia, Canada and Europe — even in Swiss lakes and the North Sea. Studies in Germany, for example, in the late 90’s, found lipid-lowering drugs, antibiotics, analgesics, antiseptics, beta-blocker heart drugs, epilepsy drugs, and drugs serving as contrast agents for diagnostic X rays both entering and leaving sewage treatment plants and in river water. And at significant levels! READ FULL ARTICLE HERE

Click here to cancel reply.
« Eating Is Alchemy
In Transition 2.0 – The Movie »
We use cookies to ensure that we give you the best experience on our website.
If you continue to use this site we will assume that you are happy with it.