Smart Meter Wars in BC 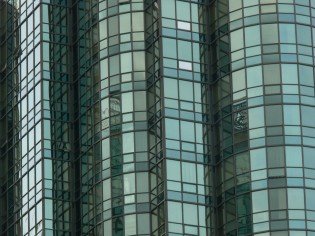 Excellent article discussing the Smart Meter wars in BC. BC Hydro doesn’t want to talk about it. I got a letter myself recently that was very dismissive of any concerns that I might have. I’m in an apartment and don’t have much control over the situation. But our bill has already changed drastically as well, and on rainy days, which is always at the moment the atmosphere is rather oppressive. I have gotten an earthing mat which helps my situation and I take bentonite and epsom salt baths quite regularly.

Dispatches from the urban meter wars

A retired Saanich woman, not keen to have a smart meter in her home, recently called to tell me her story. After some exchanges of emails and phone calls with various BC Hydro representatives, she said, one rep “ended our phone discussion with the interesting advice that I should be looking into alternative energy sources.”

It’s not surprising, considering that BC Hydro has repeatedly stated it will not be allowing anyone to opt out of smart meters. But the harshness of that suddenly struck me starkly: A huge corporation with monopoly powers is throwing a potentially life-endangering threat at an elderly pensioner. And they have the power to deliver on that threat with a simple shutoff switch.

Please sign this petition to stop smart meters in BC.

I soon heard from others who’d received similar threats. 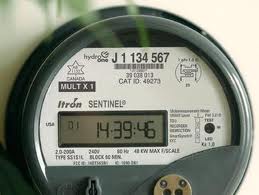 “We are living directly over the electrical room where there would be 24 of the meters,” says one woman, who has so far got three-quarters of her strata council agreeing to lock out BC Hydro.

She developed cancer from prolonged, improper work with an early dental X-ray machine, and her husband has a serious heart condition. Can you blame her, then, for interpreting the concepts of “precautionary” and “prudent approach” to EMF radiation a little more sensitively than you or I might, particularly since no one has ever suggested smart meters are in any way “necessary,” anyhow?

In her housing co-op, another woman explains to me, a newborn will be lying just a layer of plywood and drywall away from 21 of these wireless meters.

Has that kind of situation really been thoroughly studied?

It’s situations like those that are taking the reputation of BC Provincial Health Officer Dr Perry Kendall down with BC Hydro’s.

It’s reminiscent of regional medical officer Dr Richard Stanwick’s position on pesticides. In recent years, Stanwick has resisted tougher restrictions on pesticide use on lawns and branded the Canadian Cancer Society as “extreme.” Previously, he appeared at press conferences, testified in court and tribunal hearings, and even lobbied other prominent scientific experts to change their positions as he defended the “safety” of aerial spraying of insecticide over Victoria to kill the Gypsy Moth. There’s some debate over exactly how dangerous certain pesticides are under what conditions, but in these situations, again, no one was pointing to any off-setting health benefits.

The politics of all this is the most disturbing aspect. The ridiculously high costs that will only go up. The misleading health statements and conservation promises. Forced surveillance into every home. Redesigning our electricity system to support privatization. Reshaping green technology development to suit corporations. Opening our electricity system to wireless hacking attacks. (See “Getting a Read on Smart Meters” in September’s Focus.) Digital meters bother many different people for many different reasons.

It’s house-by-house warfare going on in our cities. Read More

The following is a list of some of the symptoms triggered by these smart meters. More information on this can be found here:

Many of the effects they note are virtually identical to the unusual clusters of health complaints of people (also related to reactions of their pets) following the installation of smart meters, routinely denied by the state utility regulatory commission (CPUC) and utilities.

These include increased aggression and irritability, inhibition of food and drink intake, increased mobility or conversely, incapacitation via loss of muscle control, muscle weakness, intense muscle spasms, loss of consciousness; cognitive effects such as loss of memory and confusion; microwave hearing (buzzing, ticking, hissing, or knocking sounds that originate within the head or behind it), and even damage to multiple organs or the brain, seizures (convulsions), and death.

This study clearly supports that subtle heating of tissue does occur with radiofrequency microwave radiation, associated with these undesirable and potentially very dangerous biological effects.

Importantly, U.S. Army scientists agree with a growing number of independent scientists worldwide, in emphatically stating that 100% of the human population is susceptible to radiofrequency microwave radiation effects, caused by subtle heating, with some sectors of the population more reactive at lower doses, including those with thermoregulatory mechanisms (impacting temperature control, respiration, water loss).

Click here to cancel reply.
« Herbal Supplement Regulation
Jem Bendell – The Money Myth »
We use cookies to ensure that we give you the best experience on our website.
If you continue to use this site we will assume that you are happy with it.