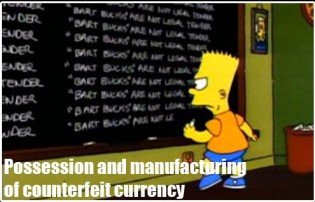 This guest blog is from Vancouver’s own open-money champion, Jordan Bober, who just recently did a detailed and thoughtful presentation: Community Money For Community Food last week, which I sadly missed, fortunately we have the internet so this presentation is available. For anyone who is interested in getting involved, Michael Linton, the founder of LETSystems, Open Money and Community Way – and probably the man who understands money (conventional and alternative) better than anyone else in the world – will be speaking at Occupy Vancouver on Wednesday, Nov. 2nd at 3pm, followed by an Open Money teach-in. More info here. I can’t make it tomorrow, but I hope to be there on the 3rd. So I have a request and please talk about my idea for an art project so kids can get involved in creating a currency.

A great awakening is happening here. Thanks to the Occupy movement, more people than ever are thinking and talking about monetary and banking reform. However, most people are still thinking about money in old ways, calling for top-down reforms to come from the government, the banks, or the Bank of Canada.

I would like to propose that monetary reform begins in the mind, and then in communities.

Money is first and foremost a symbol, and just like any other symbol it is a cultural invention and a social-psychological phenomenon. The symbols that we use now, and the way in which they are used, are not the only ones that are possible. Many other symbols, many other types of money with many other characteristics and purposes have been used throughout human history.

Today we have a money that, although it can be created by banks out of thin air, is treated first and foremost as a thing. Not only that, it is treated as a thing that is scarce – which it is for you and I, because its creation is monopolised by the banks. When money is a thing that is scarce, getting money becomes a zero-sum game; if I have it, you don’t. Some people have it in excess, and can easily get even more simply by lending their money out at interest. Others, including whole communities, can be left with not enough of it, and the function of money – to act as a medium of exchange between people – breaks down. In their desperation to obtain money, people and communities become import-export centres trading off what is truly valuable – time, meaningful work, the environment, social capital – in exchange for pieces of paper or numbers in a bank account. We hope to get rich, and impoverish ourselves in the process.

It need not be this way. Conventional money is a game that most players are getting sick of playing. By opening our minds, a new kind of money – and a new kind of game – is within reach.

Open Money provides an opportunity for us as communities to Occupy Money. Let us undermine Wall Street’s grotesque power by understanding and then reclaiming the very thing that underpins that power – money. Call it “guerrilla money”, taking back our economy one community at a time. Let us plant money in the commons, in the boulevards, alleyways and vacant lots of society that our economy currently neglects, and see what takes root there. Something may even flourish there, and who knows, it may even be enough to feed us in the uncertain days ahead.

We will be meeting Nov 2nd at Village Occupy Vancouver:

I am please to announce that Michael Linton, the founder of LETSystems, Open Money and Community Way – and probably the man who understands money (conventional and alternative) better than anyone else in the world – will be speaking at Occupy Vancouver on Wednesday, Nov. 2nd at 3pm, followed by an Open Money teach-in. I encourage you to check it out if you would like to have everything you ever thought you knew about money completely shattered, to be replaced by a new and much more empowering understanding.

For more information about Open Money, and to connect with others in this emerging movement, please visit www.openmoney.org, or email Jordan@villagevancouver.ca.

Image of Bart is from http://batr.org