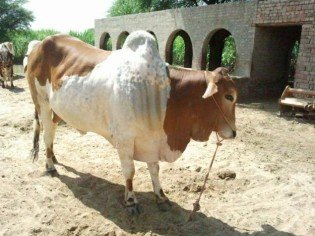 Milk is synonymous with Punjab (the land of five rivers) and all milk products. Butter is an important cooking medium apart from being consumed raw along with the food. wikipedia

The Sikhs have a special relationship with milk. It is sacred. They have special ways they culture and prepare this prized raw ingredient. Every aspect of the process creating this sacred food is observed and respected intimately. Sikhs are vegetarians and believe very strongly in treating all beings with loving-kindness and respect. As a result they are very concerned about their cows wellbeing. They like to know the cows their milk comes from are taken care of and are not suffering — traditionally every family had a cow. 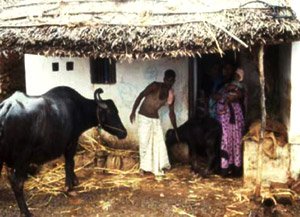 Not only are the living conditions of the cow important, but the processing of the milk itself is done with great awareness and thankfulness. When the milk is heated to make yogurt a special prayer is said, when it is cultured in other ways the respectful attitude must be maintained. In a conversation about how to get good milk from cows that haven’t suffered (here in BC) was posted this comment, demonstrating the depth of concern about the suffering of the cows. It also explains why this is so important.

Those Gurmukhs who believe in bibek – it is known that the bhaavnaa of the person cooking food goes into the food. The bhaavnaa of a human mother goes into the breastmilk given to her baby. Then we must also admit that the suffering, fear, torture of the cows may be reflected in the milk that we drink and it goes into our langar, degh, kheer. What can we do to create cruelty-free dairy in BC? source 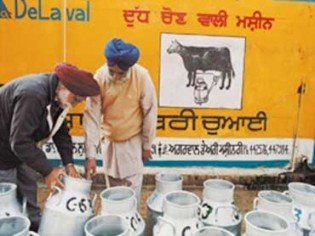 I am not an expert on the subject, but as I understand it, certain gurus recommend different dietary practices and restrictions for the benefit of the soul. Sikhs all can choose their own definitions around their diets, but it seems that at certain times–perhaps as part of a prayer ritual, they can only eat food that is carefully and respectfully prepared, and has no suffering involved with it. This is such a beautiful concept, and one that I wish our modern industrial agriculture would pay more attention to. The Sikh’s are right in being respectful and conscious of the energies and attitudes that surround the production of any food.

There is a very interesting phenomenon that has occurred in the small province in Italy where the original Parmigiano Reggiano is from. Punjabi’s have found a new home in this fertile valley, taking care of the cows they love so much in respectful and loving ways. As a result this world renowned cheese it perhaps even more delicious than it even was traditionally. Perhaps other countries could learn a lesson from this cheese story, and learn to be kind to all creatures, instead of treating them as mere liquid-producing machines:

Novellara, a small city in the province of Reggio Emillia in the fertile Po Valley. The city is home to one of the largest Gurdwaras in Europe. This reflects the presence of a large community, living in Novellara and nearby places, where they work mainly on cattle farms and dairies. The world famous “Parmigiano Reggiano“ or Parmesan cheese as it is commonly known, comes from that area and many Sikhs are part of the production of this delicacy.

The following is a more in depth description of many of the ways that the Punjabi’s like to prepare their milk: 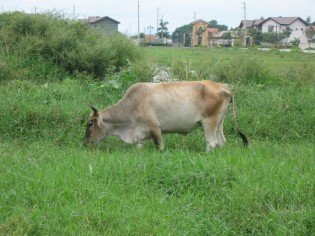 Cow-milk is basically consumed as milk. Buffalo milk is used to make yogurt butter and ghee. In the olden days, one either had their own dairy cattle, or access to freshly drawn raw milk. The milk was not homogenized or pasteurized. Fresh milk was brought to a boil before used to make other products or consumed.

Sweetened warm milk is drank as a night-cap. Lassi is sweetened whipped Dahi, regularly drank with each meal. Salted Chaach (buttermilk) is drank for lunch

Sweetened or unsweetened Dahi are eaten are eaten with stuffed Pratha. Raita is made of whipped Dahi and grated cucumbers and onions as a standard accompaniment with Poori. Dahi is used as a meat tenderizer. 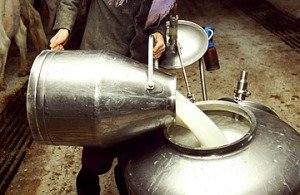 Gobs of Makhan is used as a butter and sour cream to top breads.

Whole milk is cooked slowly as the top surface develops a thick skin that is harvested to be used as a cream, it is called Malai,

Dahi made from buffalo-milk is used in making creamy sauces such as Korma, or Pasanda. Buffalo-Dahi does not curdle or separate during cooking. Makhan and Malai are routinely added to make creamy sauces

Please also check out this interesting and cute phenomenon from a rather interesting website: Starbucks Punjabi-style: Where milk and ‘milk emporiums’ reign