Yearning for our Other Half 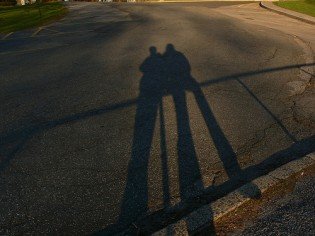 I am more than fortunate to have found my soul-mate–I very nearly messed the whole thing up by marrying another man (on my soul-mate’s birthday to boot). Thanks to getting in touch with my body (craniosacral therapy helped with this) I managed to admit and unravel my mistake and get together with the guy I should have been with all along…. Anyway I’m not trying to get into all that right now. This legend from Plato’s Symposium about the creatures that were split because the gods were afraid of their power when they are whole makes a lot of sense. I do indeed believe finding our soul-mate is our prime directive, but the process is all important as well–determining the kind of relationship you have.

It is vital to have someone who is the other side of you, watching your back and helping to find the path through this crazy mess of a world we inherited. The following is some of my favorite bits from the Symposium, about the crazy two headed beings Zeus was so scared of:

Aristophanes explains how the gods (or elites) use division to keep us too busy to realize we don’t need them anymore, and why finding our soul-mates is so difficult but important:

At the dawn of creation, there were three sexes of a singe, very strange creature. These precursors of mortals each sported four arms, four legs, and two heads. Aristophanes identified three different sexes: males, females, and hermaphrodites. The males were men on either side. The females were women on either side, and the hermaphrodites were male on one side and female on the other. All three sexes moved by cartwheeling on all eight of their extremities.

Zeus gathered the gods in council to express his concern that these unusual creatures could one day challenge their hegemony. He was loath to exterminate them with his thunderbolts, though, because then there would be no one to bring the gods offerings. He solved the problem by putting each creature in a trance and then splitting it down the middle. Upon awakening, each half only dimly remembered what it had been prior to being cleft in two. Zeus explained to the assembled gods and goddesses the cleverness of his scheme. These creatures would no longer pose a threat to the gods, because they would dissipate their considerable energy by spending the rest of their days searching for their missing halves. 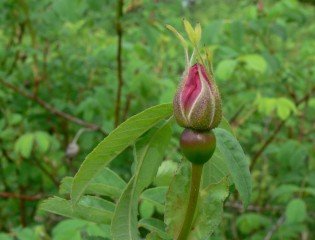 …and when one of them meets with his other half, the actual half of himself, the pair are lost in an amazement of love and friendship and intimacy and will not be out of the other’s sight even for a moment. These are the people who pass their whole lives together; yet they could not explain what they desire of one another. For the intense yearning which each of them has towards the other does not appear to be the desire of lover’s intercourse, but of something else which the soul of either evidently desires and cannot tell, and of which she has only a dark and doubtful presentiment.

If Hephaestus, son of Zeus, were to ask the pair: “Do you desire to be wholly one, always day and night to be in one another’s company? For if this is what you desire, I am ready to melt you into one and let you grow together, so that being two you shall become one, and after your death in the world beyond you will still be one departed soul instead of two–I ask whether this is what you lovingly desire?” — and there is not a man or woman of them who, when they heard the proposal, would not acknowledge that this melting into one another, this becoming one instead of two, was the very expression of their ancient need. And the reason is that human nature was originally one and we were a whole, and the desire and pursuit of the whole is called love.’ -From Plato’s Symposium

This is such a beautiful quote I just have to include it here too:

“Those who are truly married on earth are in heaven one angel.” – Emanuel Swedenborg (17th Century)

Click here to cancel reply.
« Beware. The Green Man is Back
Slow Money? How About No Money? »