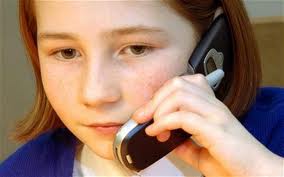 There is an added bonus to going back to using wired networks, they are much more secure than wireless networks. It is great to see that the information is getting out there and that parents are aware of what is going on and are fighting to protect their children’s health. Unfortunately, as this great look at wireless networks by 16:9 shows, Health Canada is stubbornly refusing to accept that their level 6 is way to high. The outright refusal to deal with unbiased studies by Health Canada once again raises the question as to whether this institution is protecting people’s health or the financial health of Big Industry.

Please take 15 minutes to watch this current affairs program on what Canadians are doing to take back control of their own health.

The following are a few excerpts from the article: Wi-Fi in Schools: An Invisible Threat? 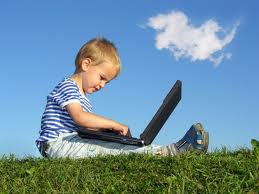 16 year old McKenzy Honing says school makes him feel sick. The grade 11 British Columbia high school student came home complaining of headaches and heart palpitations. “It felt like my heart was skipping beats,” he said. But on the weekends? “I’d start to get better. And by Sunday I’d start to feel normal.”

Just a typical kid trying to get out of class? Maybe. But McKenzy’s mom, Lynda Honing, doesn’t think so. She thinks her son’s health is at risk. And she’s just one of hundreds of concerned parents across the country speaking out against what they fear may be an invisible threat to their childrens’ well being: Wi-Fi in schools.

Global News’ current affairs program, 16:9 The Bigger Picture, wanted to find out just how much radiation laptops and routers in schools could be emitting. So 16:9 asked Kavinder Dhillon, president of LabTest Certification Inc., to test radiation levels in a simulated typical, active wireless classroom. The result? A reading of 113.8 microwatts – well below Health Canada’s recommended threshold of 10 million microwatts.

Just outside the classroom in the hallway, the radiation reading near the router hit 2600 microwatts. That’s 20 times higher than inside the classroom. While it was still low by Health Canada standards, Dhillon expressed some discomfort. “The people who are in the industry, who are testing this,” he told 16:9, “they feel this is a high level. This is very high.”

But Dr. David Carpenter from Albany, New York, a world-renowned expert in environmental toxins, told 16:9 he disagrees with Health Canada’s analysis. “The weight of the evidence demonstrates clearly that exposure to RF radiation causes disease,” he said, adding, “the evidence is strongest for cancer.”

While Canada races to go wireless, in other parts of the world, Wi-Fi has worn out its welcome. Herouville-St.Clair, France is the first municipality in the world to remove W-Fi from schools and public buildings. Mayor Rudolphe Thomas told 16:9 he’s not willing to gamble with childrens’ health. In other European countries, wireless technology is still prevalent, but it’s increasingly treated with caution. In Germany, Wi-Fi is still in use but the government recommended children limit their exposure. And in Britain, some public schools independently decided to remove it altogether.

Here is another short program asking cellphone companies to come clean about the health affects of cellphones. As my previous article on wireless networks mentions, the cellphone industry originally hired a scientist to study this and he discovered they were dangerous, but when he tried to release his findings he was fired and denounced by the industry.

Cellphones not only should not be allowed in schools, they shouldn’t be allowed on public transportation where pregnant women, electrically sensitive people, elderly and children are. We need to set up a petition to ban wireless networks in public places.