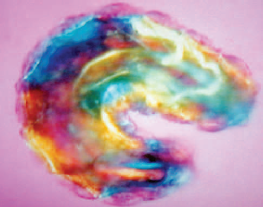 One of the websites I have followed ever since I started blogging is Dr. Mae-Wan Ho’s www.i-sis.org.uk, so I was very excited when I found an article by her in the appendix of the notes in our Biodynamic Craniosacral Therapy Training a late last year. The seminar was on whole body dynamics and we were working with the fascia a fair amount. I guess I relate well to fascia or something. I think it is from being a chef for all these years. I have spent a fair amount of time cutting ligaments and tendons and other connective tissue sheaths off of muscles, so I am very familiar with the slippery, tough, slick tissue. Our class is fairly small and we had two excellent tutors, Ged Sumner and Heidi Lauber, so I took the opportunity to read the article during the hands on sessions the students were doing.

I loved the description of connective tissue as a crystalline fluid state that is highly effective at instantaneous communication. Ged also spoke of the ground substance of connective tissue as being like maple syrup, thick yet fluid. This powerful communication medium not only operates within the body between cells and tissues, but with outside frequencies, in fact it picks up very subtle vibrations, through the millions of receptor cells that are throughout connective tissue. Anyway, I highly recommend you read the full article by Dr. Mae-Wan Ho by following this link. I have pulled out some of my favorite bits that are especially pertinent below. Please also read Local/Global – Start With Your Cells, Illness, Initiation and the Origins of Western Logic, and Epigenetics: Is Our Health Determined by Our Genes?

Organism and Psyche in a Participatory Universe 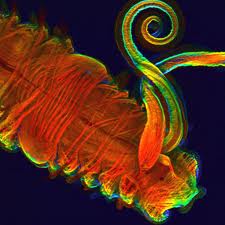 At its most personal, love is our affection for specific human beings, it is also one’s own process of individuation – of remaking one’s “self” out of the fabric of experiences, transcending the well-worn archetypes to become a unique whole person. The whole person is one whose sense of uniqueness is premissed on her relationship with all of nature. Thus, the personal and universal are inextricably intertwined. The most intimate knowledge of oneself is at the same time, the most profound knowledge of nature.

There are 75 trillion cells in our body, made up of astronomical numbers of molecules of many different kinds. How can this huge conglomerate of disparate cells and molecules function so perfectly as a coherent whole? How can we summon energy at will to do whatever we want? And most of all, how is it possible for there to be a singular “I” that we all feel ourselves to be amid this diverse multiplicity?

To give an idea of the coordination of activities involved, imagine an immensely huge superorchestra playing with instruments spanning an incredible spectrum of sizes from a piccolo of 10-9 metre up to a bassoon or a bass viol of a metre or more, and a musical range of seventy-two octaves. The amazing thing about this superorchestra is that it never ceases to play out our individual songlines, with a certain recurring rhythm and beat, but in endless variations that never repeat exactly. Always, there is something new, something made up as it goes along. It can change key, change tempo, change tune perfectly, as it feels like it, or as the situation demands, spontaneously and without hesitation. Furthermore, each and every player, however small, can enjoy maximum freedom of expression, improvising from moment to moment, while maintaining in step and in tune with the whole. 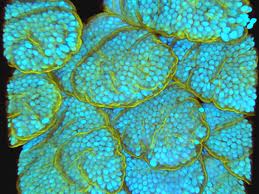 I have just described a theory of the quantum coherence that underlies the radical wholeness of the organism, which involves total participation, maximizing both local freedom and global cohesion. It involves the mutual implication of global and local, of part and whole, from moment to moment. It is on that basis that we can have a sense of ourselves as a singular being, despite the diverse multiplicity of parts. That is also how we can perceive the unity of the here and now, in an act of “prehensive unification”(Whitehead, 1925). Artists like scientists, depend on the same exquisite sense of prehensive unification, to see patterns that connect apparently disparate phenomena.

But how can energy mobilization be so perfectly coordinated? That is a direct consequence of the energy stored, which makes the whole system excitable, or highly sensitive to specific weak signals. It does not have to be pushed and dragged into action like a mechanical system. Weak signals originating anywhere within or outside the system will propagate throughout the system and become automatically amplified by the energy stored, often into macroscopic action. Intercommunication can proceed very rapidly, especially because organisms are completely liquid crystalline. 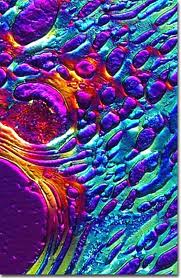 Several years ago, we discovered an optical technique that enables us to see living organisms in brilliant interference colours generated by the liquid crystallinity of their internal anatomy. We found that all live organisms are completely liquid crystalline – in their cells as well as the extracellular matrix, or connective tissues (see Ho et al, 1996; Ross et al, 1997). Liquid crystals are states of matter between solid crystals and liquids. Like solid crystals, they possess long-range orientation order, and often, also varying degrees of translational order (or order of motion). In contrast to solid crystals, however, they are mobile and flexible and highly responsive. They undergo rapid changes in orientation or phase transitions when exposed to weak electric (or magnetic) fields, to subtle changes in pressure, temperature, hydration, acidity or pH, concentrations of inorganic molecules or other small molecules. These properties happen to be ideal for making organisms, as they provide for the rapid intercommunication required for the organism to function as a coherent whole. (Images of live organisms taken from video-recordings may be found in Ho, 1997c)

One has been led to believe that intercommunication in large animals like ourselves depends on the nervous system controlled by the brain. However, that may be only half the story, as nerves do not reach all parts of the body, and animals without a nervous system nevertheless have no problems in acting as a coherent whole.

The clue to the other half of the story is in the connective tissues which make up the bulk of most animals including ourselves. These are the skin, the bones, cartilage, tendons, ligaments and other tissues that fill up the spaces between the usual organs. 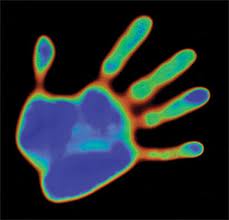 The connective tissues are further connected to the intracellular matrices of all individual cells which are also liquid crystalline. There is thus an excitable, liquid crystalline continuum for rapid intercommunication permeating the entire organism, enabling it to function as a coherent whole, as we have directly demonstrated with our noninvasive optical imaging technique. This continuum constitutes a “body consciousness” that precedes the nervous system in evolution (c.f. Ochmann, 1984, 1993); and I suggest, it still works in tandem with, and to some extent, independently of the nervous system. This body consciousness is the pre-requisite for conscious experience that involves the participation of the intercommunicating whole. When the body is fully coherent, intercommunication is instantaneous and nonlocal. By nonlocal, I mean that distant sites, say my left hand and my right hand, take no time at all to reach agreement as to what to do next, so it is impossible to know where the “signal” originated. This is the quantum coherent state.

The quantum coherent state is a very special state of being whole, which maximizes both local freedom and global cohesion (see Ho, 1993).

I suggest that instantaneous coordination of body functions is mediated, not so much by the nervous system, but by the body consciousness inhering in the liquid crystalline continuum of the body.

Ho and Knight (1997) following Oschman (1984, 1993), review evidence suggesting that this liquid crystalline continuum is responsible for the direct current (DC) electric field permeating the entire body of all animals, that Becker (1990) and others have detected. Furthermore, this liquid crystalline continuum possess all the properties required for a body consciousness that can register tissue memory of previous experiences.

Collagens have distinctive mechanical and dielectric properties that make them very sensitive to mechanical pressures, changes in pH, inorganic ions and electromagnetic fields. 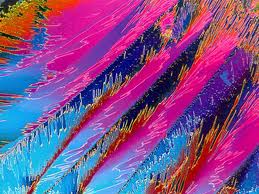 Thus, global shape changes in a liquid crystalline network can easily be triggered, that will, in turn, alter the structure of bound water. As the bound water forms a global network in association with the collagen, it will have a certain degree of stability, or resistance to change. By the same token, it will also retain tissue memory of previous experiences. Additional chemical modifications of the collagen network may also contribute to this memory. The memory may consist partly of dynamic circuits, the sum total of which constituting the DC body field.

A yet more interesting possibility is that the liquid crystalline continuum may function as a quantum holographic medium….Holographic memory is unique in that it is distributed globally, and yet, can be accessed and recovered locally.

Thus, consciousness is distributed throughout the entire body; “brain consciousness”, associated with the nervous system, being embedded in “body consciousness”. Brain and body consciousness mutually inform and condition each other. The singularity of purpose of the individual is based on a complete coherence of brain and body. The implications for holistic and psychic health are clear. A stressful situation will affect body consciousness through subtle ways in which mechanical pressures build up in the body to block intercommunication. That acts on the nervous system to give a diminished self-image of the body, which feeds back on the body in a vicious cycle that further undermines the individual’s physical well-being. By contrast, a supple body is a responsive body that moves and responds with the greatest of ease. It leads to a buoyant self-image that again feeds back to further enhance all bodily functions. 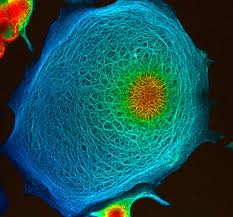 The “whole” organism is thus a domain of coherent activities, constituting an autonomous, free entity (see Ho, 1996a), not because it is separate and isolated from its environment, but precisely by virtue of its unique entanglement of other organisms in its environment (epigenetics). In this way, one can see that organic wholes are nested as well as entangled individualities (bio-tensegrity). Each can be part of a larger whole, depending on the extent over which coherence can be established. So, when many individuals in a society have a certain rapport with one another, they may constitute a coherent whole, and ideas and feelings can indeed spread like wildfire within that community. In the same way, an ecological community, and by extension, the global ecology may also be envisaged as a super-organism within which coherence can be established in ecological relationships over global, geological space-times (see Ho, 1993, 1997d). What of the global community of human beings who can potentially intercommunicate in a matter of seconds, given the marvels of informational technology? Could they also be envisaged as a super-organism?

What is posted here is a very small section of a very interesting article. I highly recommend reading the full article here.

Click here to cancel reply.
« Make Your Own Seed Bombs!
The Bio-Tensegrity Bounce »