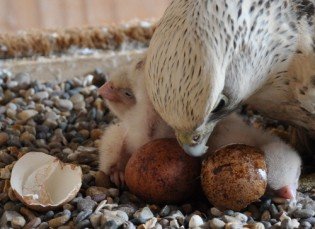 As a preliminary to the next article I am posting on grounding or earthing, I wanted to share this article posted by Sepp. Sepp has a great website where he posts newsgrabs on various topics from health to open-source. I highly recommend checking out his site. The article is mostly an interview with Prof. Peter Kingsley, author of In the Dark Places of Wisdom. The interview was first published in “NETWORK” The Scientific and Medical Network Review of August 1999.

In the interview, Prof Kingsley discusses the quiet places of healing, or the periods of incubation. If you think about incubation, for example, yogurt–the yogurt likes a warm, dark place where it can stay still and digest. As you will see from the excerpts of the interview below, this healing period of being contained in a warm safe place, often close to the earth is very important and valuable but is something we have completely lost and degraded in our modern medical institutions. This period of incubation can also be also an initiation. Illness is an opportunity for reaching a new level of communion and understanding with your own body. Previous experiences are broken down and recombined as they are processed. The past few years have been a very valuable incubation period for me, which perhaps took longer as my digestive system was also damaged, but I can also agree has also been a period of initiation. I feel as if my previous body and self have been broken down and dissolved, allowing for new possiblities to emerge.

I felt a fair amount of judgement from various people during this period of withdrawl and incubation. Interestingly, usually it came from the people who most needed to stop and incubate themselves for a while! People with a subconscious puritanical work ethic are often the worse ones at this. Even though they have really terrible conditions that need them to stop doing anything for a while, they seem to do more than ever, and then get subtly annoyed at anyone who isn’t doing the same. These people will often give off vibes that seem to say, “If I can do all this with my condition, why are you so pathetic?” It took me a while to not judge myself in the same way, but when I learned to distinguish the vibes and understand what was going on, it was much easier to deal with. Our culture definitely needs to learn how to encourage and provide space for people just chill out and slow down.

I spent a fair amount of time studying nutrition from teachers and books. Now, living through the experience of the complete destruction of my digestive system to the gradual rebuilding of it I feel I am respectful of my body on a whole new level as well as much more understanding and forgiving of my own shortcomings as well as others–I guess they call that compassion or empathy. I have definitely become more compassionate with age.

Sepp’s intro to the interview:

Here is the Kingsley interview. In it, the Professor not only discusses the medical wisdom of the old Greeks and the initiation of shamans, but also the very foundations of Western thought, the difference between ‘rational’ and ‘irrational’. There is even something for the skeptics, those supposedly impartial upholders of the scientific view who like to bash millennial healing arts and indeed anything that does not strictly follow Western ‘rational’ thought …

The following are some of my favorite excerpts, read the whole interview here. 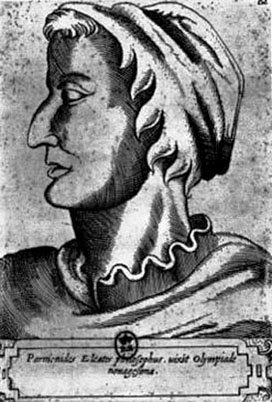 The meaning of this word ‘incubation’ is quite straightforward. It means just to lie down, usually in some dark place, and wait for healing or guidance or understanding to come through a vision or through a dream. But what is involved in this apparently simple process is something quite tremendous. There are no strategies or techniques in incubation. You just have to surrender and do absolutely nothing, be very patient and humble. It is particularly interesting that ancient Greek incubation centres were sometimes located at shrines belonging to gods of the underworld: the gods of death. You might think this is because when people were sick they wanted to go and propitiate the powers of death, ask them to stay away. But that is not the case. People went to these shrines simply to submit, surrender. It used to be said about Persephone, queen of the dead, that the touch of her hand was healing. This can be interpreted in two ways. Either it meant, quite literally, that death is the greatest healing. Or it meant that the only way to be healed of certain afflictions was to face the power of death, make contact with it, while still alive.

I hope I have said enough to make it clear in what direction the problem lies. We live in a society that runs from death. We are a ‘fix-it’ culture that always wants solutions and explanations, whether physical or psychological. It is almost intolerable for us to accept that illness could in certain cases be something unknown leading towards something unknowable. And of course we have no time. Time has become money, and illness is a costly affair. But what this means is that the motiveless moments, the magical space created by incubation, have been denied us both by our culture and by ourselves. 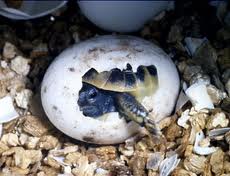 Shamanic traditions around the world insist that the normal way of becoming initiated as a shaman is through illness. Also, once people have become shamans, if for some reason they stop shamanising then they are likely to become ill again – and go on being ill until they accept their fate as shamans. But this is not just a matter of shamanic cultures. A few years ago I published a paper on the Hermetica in the Journal of the Warburg and Courtauld Institutes, where I pointed out that the Hermetic literature we are familiar with in fact had its origin in the ritual practice of incubation. And I mentioned in the paper a beautiful autobiographical text, found on a papyrus in Egypt. It was written by an Egyptian priest who describes how he was faced with the overwhelmingly difficult task of presenting the essence of his religious tradition in a way that could be understood by the Greeks who had taken over his country. He avoided the task, ran away from it; then he became terribly ill. Eventually the god whose priest he was appeared to him in a dream and explained to him in no uncertain terms that he would take away his illness – provided that he started writing and fulfilled his task. This autobiographical note formed the preface to his great work: he had accepted his task, and been cured.

If we look at the implications of all this, they are quite extraordinary. Illness, and naturally that includes more elusive conditions such as depression, might be an opportunity: a door opening into whole new areas of ourselves. And that of course is precisely the meaning of initiation. So when we try to banish illness, through physical or psychological means, and when those who apparently have our best interests at heart – our family, our doctors – try to rescue us from suffering, it could just be that we are losing the opportunity for initiation. I should make it clear that I consider this phenomenon far more widespread than we might imagine. There are many, many Jonahs who have run away from their destiny without realising that this is in fact what they are doing. In short, nothing is necessarily what it seems. 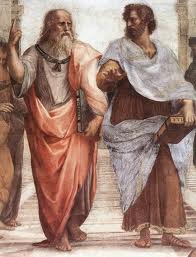 Traditionally Parmenides is referred to as the founder of Western logic and the father of rationalism. But what he states, so logically, is that all movement is an illusion along with all change, colour, birth and death – and he puts this very logical teaching into the mouth of a goddess whom he encountered, as a priest of Apollo, on an ecstatic journey into another world. In other words, Western logic began by denying all of the beliefs that we hold most dear and undermining the reality of what we consider most reasonable and real. You find exactly the same situation in the history of Buddhist logic; and frankly, the Buddha’s discovery of the five great truths about desire and suffering strikes me as a perfect example of real logic. In fact I would go so far as to state that true logic has its origins in mystical experience and demands a fundamentally religious point of view. It is something infinitely more than that strange compromise called rationality.

We have in our hands astonishingly powerful meditation techniques, written in mesmerising poetry two and a half thousand years ago, which provide simple and effective methods – not for turning our backs on this world of illusion but for seeing right through it, to its roots–I am talking about literature produced by the people who originally shaped and created the Western culture that we live in.

Click here to cancel reply.
« Epigenetics: Is Our Health Determined By Our Genes?
Barefoot Societies & the Sacred Mission »