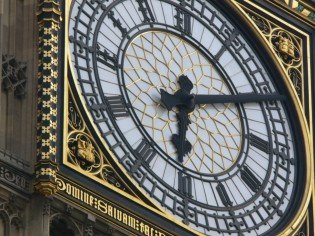 In February we spent the month buzzing about Real Food to support our local communities. We had great success with that, and so now, although I will never stop buzzing about Real Food, it is time to focus on another topic. I just finished watching a very informative interview with Woody Tasch talking about the concept of Slow Money. I also nearly attended a conference here in Vancouver about Community Way which seems to be a new type of community chest. The open source community also has a new currency going called bitcoin which I would like to find out more about. There is a lot of discussion going on all around the world about how capitalism and exponential growth are on a collision course with our ability to survive. One example of this is an article I posted earlier this year about the Student Loan Swindle that is way out of control. One comment in particular stood out:

What about organizing a collective action to withhold loan payment for one month to send a message to the banks?

Now this is an idea that makes a lot of sense to me. We should have pardoned student debt, not bailed out the banks a couple years back, in fact I signed a petition along with 54,322 other people in order to get this to happen. Of course it didn’t. In May of 2009 I wrote an article for a magazine in LA (For Gen X Eyes Only) where I proposed it was time to stop giving the thieves and swindlers any more of our hard earned dollars:

Insanely high student loans are a debt peonage system and should be illegal. Right now we need to be creating solutions, not feeling suicidal working day and night to pay back these illegitimate debts. A simple coordinated debt re-payment strike would give us a good idea of exactly how much power we have. I suggest we simultaneously refuse to pay our illegal debts for the month of September, 2009 or at the very least threaten to do so.

Well that didn’t get very far at the time, but perhaps more people will see this is where our power lies now. It does need to be a collective action to get anywhere though. Perhaps it is a wild, uncouth and desperate idea, but the fact of the matter is that despite all the experts weighing in with their degrees and studies and whatnot, no one really knows what is going to happen next. Did any of our experts predict what is happening in the Middle East? No. So there is no way they really know what is going to happen to our economy next either. Something even bigger than the crash of 2008 is on it’s way….Perhaps it is time for us to take the initiative and create what we want to have happen next, instead of waiting for the Corporate Spin Doctors to invent a new way to get us further in their control. This is one way that we can do so.

I have been reading all kinds of books on money the past few years, and watching all sorts of documentaries. I have been trying to get involved with community currency groups and looking into the various ways people have started creating their own money and there is a lot of potential in that area. It is very true as Bill Still says, that if we take back control of our money and get rid of illegal ursury all kinds of possibilities open up to us. We will have the power and ability to create a world that is sustainable and that will support all of us in a TRULY ‘free and fair’ manner.

To get the buzz up in the blogosphere around this topic use the tags #neweconomy #postgrowth #slowmoney #realrevolution #ourcurrency and post as many articles as you can about community currencies, public banks and barter systems on facebook and twitter. (Another important writer on this subject is Ellen Brown–author of The Web of Debt.)

What is slow money? Well it is a term I have just heard tonight while reading the post Slow Food, Slow Money and Sustainability over at the Food Freedom blog, so I am probably not the one to explain it to you. It is a very sensible and down to earth way to take back control of our local economies by putting more effort into where we put our dollars. Please watch the interview below and Woody Tasch will give you a great explanation and other ways to get involved:

In this complete interview, author Woody Tasch illustrates the concept of Slow Money. He describes how the current economic crisis evokes fundamental questions about the future of capitalism and provides a unique opportunity to reorganize financial markets for sustainability. He explains the simple notion that if we slow down, we can enjoy life more, and challenges us to bring this concept into financial markets. FoodFreedom

[Woody Tasch] offers an alternative vision to the dusty old industrial concepts of the nineteenth and twentieth centuries when dollars, and the businesses they financed, lost their connection to place; slow money, on the other hand, is firmly rooted in the new economic, social, and environmental realities of the 21st century. Chelsea Green on Tasch’s book Inquiries into the Nature of Slow Money

Click here to cancel reply.
« Friday Bloghop
The Secret of Oz »
We use cookies to ensure that we give you the best experience on our website.
If you continue to use this site we will assume that you are happy with it.