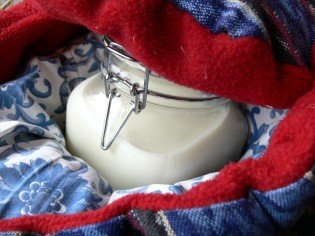 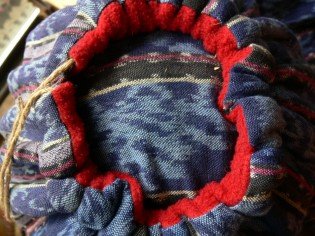 Please have a look at the instructable for full instructions (with photographs). I found that I didn’t like the way the top bonnet was made and I simply just made two bottom bags instead. You may want to adjust the measurements according to what container you use to make your yogurt in. I haven’t used it for slow-cooking yet, but since that was what this was originally for, perhaps I will try it someday. As a side note here, there is also the hay box cooker, which is also used in the same way as the hay slow cooker, and is much easier to make if you have a box and a supply of hay :).

I took my latest version of the Yogurt Incubator down to the screening of Milk War had last weekend and donated it to the silent auction we were having to raise money for The Real Milk Legal Defence Fund. I was very excited that Green Mama bought it for $50! I hope she is finding it useful. Unfortunately I forgot to put any instructions or details to go with the Yogurt Incubator, so I hope it is pretty self-explanatory. What I would have said if I could go back and add some details would be:

The straw can easily be removed and replaced. Simply find the spot on the straw-stuffed pillows where I hand stitched and remove the stitches. The whole thing can be washed if you spill milk or anything else on it very easily. I generally put one of the pillows on the bottom and then tuck the other one on top before tying up the bottom bag around it and then place the top bag over it. When replacing the straw, it is helpful to use some grass, which you can buy at a pet store (often used for rabbit bedding etc) as it is a bit finer than actual straw.

For folks who aren’t so crafty or don’t have the time to make one themselves, I plan to add these to my handmade craft store very soon. Let me know if you are interested. 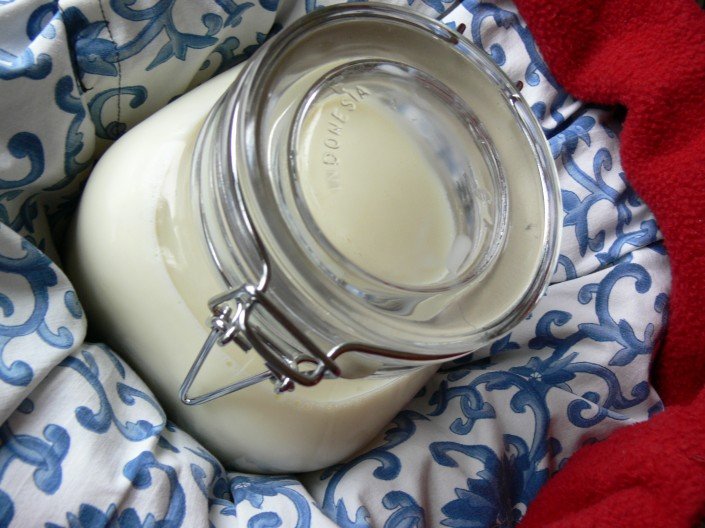 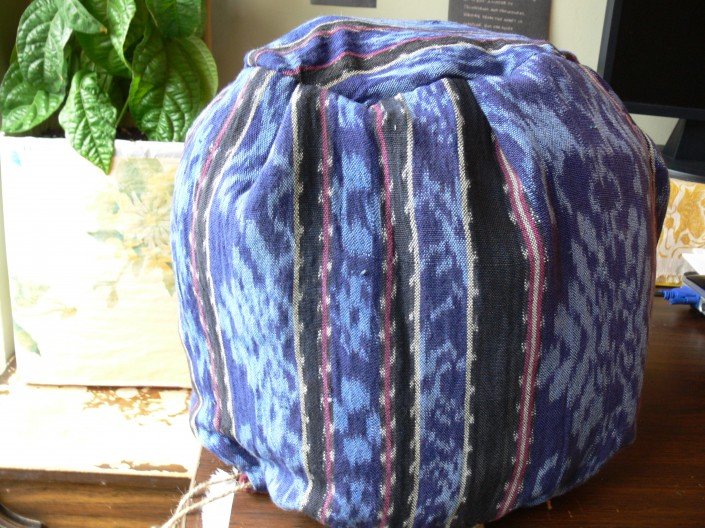 I included this post in the Hearth and Soul Bloghop.

Click here to cancel reply.
« Handcraft Business of the Month – Feb 2011
A Year on the GAPS Diet »