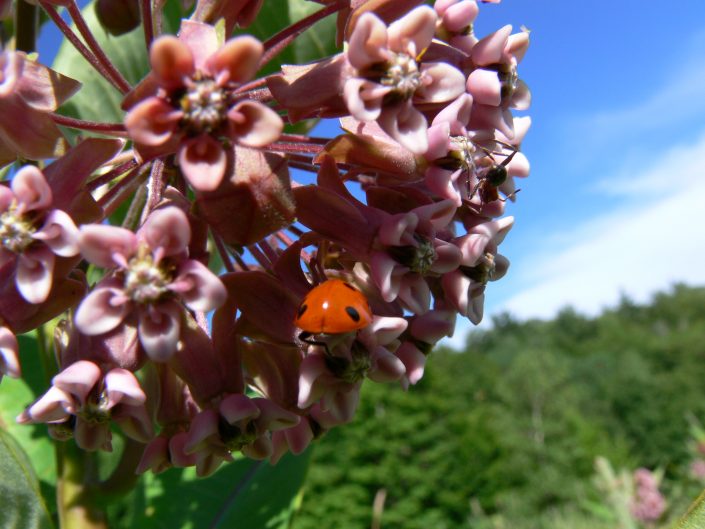 is Masanobu Fukuoka’s manifesto about natural food and farming. It is a collection of short essays that were translated from Japanese. Masanobu was trained as a scientist, but rejected modern agribusiness and centuries of agriculture lore. He perfected what he called the “do-nothing” technique of farming. Masanobu Fukuoka died in 2008 at a ripe old age yet still stunning the world with his highly effective no-work farming techniques.

This little book is filled with amazing insights into modern life. These excerpts were taken from sections on food and natural diet. Masanobu Fukuoka puts into clear and concise language a practical way to return to a state of health for our world and ourselves. I highly recommend getting your own copy as this book is so full of profound understandings of nature that they are best absorbed in small doses. 🙂

Thoughts on the goal of Humanity:

If you realize that the eventual human goal is to transcend the world of relativity, to play in a realm of freedom, then plodding along attached to theory is unfortunate. When the individual is able to enter a world in which the two aspects of yin and yang return to their original unity, the mission of these symbols comes to an end. -p126

Crops which have evolved over thousands and tens of thousands of years by dwelling together with human beings are not products born entirely from the discriminating knowledge of the farmer, and can be thought of as naturally occurring foods. But the instantly altered varieties which have not evolved under natural circumstances, but rather have been developed by an agricultural science which has drawn far away from nature, as well as mass-produced fish, shellfish, and domestic animals, fall outside that category. -p127

Why eat with the cycles of nature?

The body of nature is perpetual transformation. For the same reason that it is called infinite motion, it may also be considered non-moving motion. When reason is applied to selecting foods, one’s understanding of nature becomes fixed and nature’s transformations, such as the seasonal changes, are ignored. -p135

Modern people have lost their clear instinct and consequently have become unable to gather the seven herbs of spring. They go out seeking a variety of flavors. Their diet becomes disordered, the gap between likes and dislikes widens, and their instinct becomes more and more bewildered. At this point people begin to apply strong seasonings to their food and to use elaborate cooking techniques, further deepening the confusion. Food and the human spirit become estranged. -p136

The best methods of food preparation preserve nature’s delicate flavors. The daily wisdom of long ago enabled people to make the various kinds of vegetable pickles, such as sun-dried pickles, salt-pickles, bran-pickles, and miso-pickles, so that the flavor of the vegetable itself could be preserved.

The art of cooking begins with sea salt and a crackling fire. When food is prepared by someone sensitive to the fundamentals of cookery, it maintains its natural flavor. If, by being cooked, food takes on some strange and exotic flavor, and if the purpose of this change is merely to delight the palate, this is false cooking.

Culture is usually thought of as something created, maintained, and developed by humanity’s efforts alone. But culture always originates in the partnership of man and nature. When the union of human society and nature is realized, culture takes the shape of itself. Culture has always been closely connected with daily life, and so has been passed on to future generations, and has been preserved up to the present time.

Something born from human pride and the quest for pleasure cannot be considered true culture. True culture is born within nature, and is simple, humble, and pure. Lacking true culture, humanity will perish.

When people rejected natural food and took up refined food instead, society set out on a path toward its own destruction. This is because such food is not the product of true culture. Food is life, and life must not step away from nature. -p138

One might suppose that Western dietetics, with its elaborate theories and calculations, could leave no doubts about proper diet. The fact is, it creates far more problems than it resolves.

One problem is that in Western nutritional science there is no effort to adjust the diet to the natural cycle. The diet that results serves to isolate human beings from nature. A fear of nature and a general sense of insecurity are often the unfortunate results.

Another problem is that spiritual and emotional values are entirely forgotten, even though foods are directly connected with human spirit and emotions. If the human being is viewed merely as a physiological object, it is impossible to produce a coherent understanding of diet. When bits and pieces of information are collected and brought together in confusion, the result is an imperfect diet which draws away from nature. -p141

In this world there exist four main classifications of diet:

People first draw away from the empty diet which is the source of countless diseases. Next, becoming disenchanted with the scientific diet, which merely attempts to maintain biological life, many proceed to a diet of principle. Finally, transcending this, one arrives at the non-discriminating diet of the natural person. -p142

The Diet of Non-Discrimination

Human life is not sustained by its own power. Nature gives birth to human beings and keeps them alive. This is the relation in which people stand to nature. Food is a gift of heaven. People do not create foods from nature; heaven bestows them.

Food is food and food is not food. It is a part of man and is apart from man.

When food, the body, the heart, and the mind become perfectly united with nature, a natural diet becomes possible. The body as it is, following its own instinct, eating if something tastes good, abstaining if it does not, is free.

It is impossible to prescribe rules and proportions for a natural diet.* This diet defines itself according to the local environment, and the various needs and the bodily constitution of each person.

*A definite code or system by which one can consciously decide these questions is impossible. Nature, or the body itself, serves as a capable guide. But this subtle guidance goes unheard by most people because of the clamor caused by desire and by the activity of the discriminating mind. -p143

The Diet of Principle 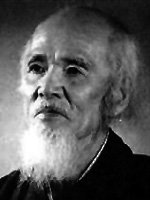 Everyone should be aware that nature is always complete, balanced in perfect harmony within itself. Natural food is whole and within the whole are nourishment and subtle flavors.

It appears that, by applying the system of yin and yang, people can explain the origin of the universe and the transformation of nature. It may also seem that the harmony of the human body can be determined and consciously sustained. But if the doctrines are entered into too deeply (as is necessary in the study of Eastern medicine) one enters the domain of science and fails to make the essential escape from discriminating perception.

Swept along by the subtleties of human knowledge without recognizing its limits, the practitioner of the diet of principle comes to concern himself only with separate objects. but when trying to grasp the meaning of nature with a wide and far-reaching vision, he fails to notice the small things happening at his feet. -p143-44

Sickness comes when people draw apart from nature. The severity of the disease is directly proportional to the degree of separation. If a sick person returns to a healthy environment often the disease will disappear. When alienation from nature becomes extreme, the number of sick people increases. Then the desire to return to nature becomes stronger. But in seeking to return to nature, there is no clear understanding of what nature is, and so the attempt proves futile.

Even if one lives a primitive life back in the mountains, he may still fail to grasp the true objective. If you try to do something, your efforts will never achieve the desired result.

People living in the cities face tremendous difficulty in trying to attain a natural diet. Natural food is simply not available, because farmers have stopped growing it. Even if they could buy natural food, people’s bodies would need to be fit to digest such hearty fare.

In this sort of a situation, if you try to eat wholesome meals or attain a balanced yin-yang diet, you need practically supernatural means and powers of judgement. Far from a return to nature, a complicated, strange sort of “natural” diet arises and the individual is only drawn further away from nature.

Nature is in constant transition, changing from moment to moment. People cannot grasp nature’s true appearance. The face of nature is unknowable. Trying to capture the unknowable in theories and formalized doctrines is like trying to catch the wind in a butterfly net.

Humanity is like a blind man who does not know where he is heading. He gropes around with the cane of scientific knowledge, depending on yin and yang to set his course. -p145-6

Importance of allowing the body to choose it’s food:

The prime consideration is for a person to develop the sensitivity to allow the body to choose food by itself. Thinking only about the foods themselves and leaving the spirit aside, is like making visits to the temple, reading the sutras, and leaving Buddha on the outside. Rather than studying philosophical theory to reach an understanding of food, it is better to arrive at a theory from within one’s daily diet. -p146

Food and farming are the front and back of one body.

Unless people become natural people, there can be neither farming nor natural food. In one of the huts on the mountain I left the words, “Right Food, Right Action, Right Awareness” inscribed on a pinewood plaque above the fireplace. The three cannot be separated from one another. If one is missing, none can be realized. If one is realized, all are realized.

People complacently view the world as a place where “progress” grows out of turmoil and confusion. But purposeless and destructive development invites confusion of thought, invites nothing less than the degeneration and collapse of humankind. If it is not clearly understood what the non-moving source of all this activity is–what nature is– it will be impossible to recover our health. -p147