How Does Ubuntu add Freedom, Community, and Humanity? 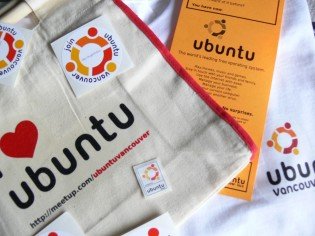 This interview is from The Agora’s March 2010 issue. The interview was done by Ryan from The Agora, interviewing Randall Ross, the Vancouver Ubuntu’s ‘buzz generator’. I think it answers the sort of questions many of us have when we hear “Ubuntu, Ubuntu…” Ubuntu is an amazing, flexible tool which comes with an international community and is here to assist everyone in their quests for freedom and connection.

The full conversation can be found on the Vancouver Ubuntu Community Meetup Website here. I had been wanting to interview Randall for a while but I didn’t know where to begin. Ryan does a fantastic job of getting right to the heart of the matter, take a few minutes to read this interview–it could change your life–at the very least it can save you a lot of money!

What is the history of Ubuntu? What does it do?

Ubuntu is a complete computing system (i.e. all the software that runs on your computer). The Ubuntu project was created by Mark Shuttleworth, a South African entrepreneur and was first released in October 2004. Ubuntu includes all the programs you need to be productive, to be entertained, to learn, and to communicate using your computer. It’s unfair to call Ubuntu an “operating system” as commercial proprietary operating systems really don’t provide as much functionality out of the box as Ubuntu. Their goal is, of course, to provide you with the bare minimum, charge you for the functionality you need, and lock you into their platforms. Ubuntu’s goal is to provide you with a complete, free, and easy-to-use system. Ubuntu’s goal is to respect your freedom and your humanity.

Why Ubuntu and not simply Linux? What makes it better?

That’s an “apples to oranges” comparison. In computer jargon, Linux is a kernel, the core of a computer operating system that interacts with the hardware and provides basic services to the rest of the operating system and to programs that run on top of it. Think of Linux as a seed of a system, or maybe more simply as an engine of a car. You can’t sit on your car’s engine and drive somewhere, unless of course you like wrenches, grease, and heat. Unfortunately, the term “Linux” is often misunderstood and mis-used to mean something bigger than it is.

Ubuntu is a complete computing system. To model it simply: It consists of an “engine” (the Linux kernel), thousands of operating system components, and thousands of applications (programs). With Ubuntu, all of these pieces fit together in a nice package to provide compelling capabilities to anyone who uses a computer, from novices to pros. This type of question (Linux to Ubuntu) is an example of a “non-comparison comparison.”

Are the comments you make specific to Ubuntu or do they apply to Open Source in general? If the latter, could you give more examples of the value of open source?

The comments made are specific to Ubuntu. “Open Source” is another frequently mis-used term which some seem to think equals something bigger than it really is. Taken literally, the term “Open Source” simply means that one can inspect the source code of a program. Though important from a functional and practical standpoint (i.e to know what a program does), there is nothing inherently great about that property. (An in-depth exploration of the topic can be found here: http://www.gnu.org/ph…)

Ubuntu of course incorporates the concept of “Open Source” but then goes way beyond that. It adds freedom, community, and humanity.

How does Ubuntu add freedom, community, and humanity?

Starting with humanity–Ubuntu is an African word meaning ‘humanity to others’, or ‘I am what I am because of who we all are’. The Ubuntu distribution brings this spirit to the software world.

The Ubuntu offcially embraces these core philosophical ideals as a clear indicator of its focus on “putting humans first”:

One concrete way that Ubuntu adds freedom is by its choice of license. The project has adopted the GNU Public License (GPL). The most important part of this license is that it gives specific rights of software freedom to the people who install and use its software. This enables the Ubuntu community to grow, to thrive, and to improve the Ubuntu system. Quoting the Free Software Foundation (creator of the GPL), the core principles are:

Additionally, Ubuntu has a very strong community focus. New users are encouraged to get involved and to become part of the community. There are local community teams, a Code of Conduct, transparent governance processes, and plenty of ways to contribute.

Notably, all of the software, artwork and documentation in Ubuntu has been created, tested, used and discussed openly by people around the world participating in the community. 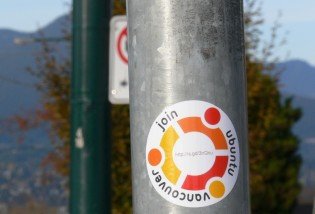 In the Ubuntu Vancouver case, a large group of Ubuntu enthusiasts, developers, artists, and everyday users have come together to form a vibrant and lively community. We host frequent public support events (SupportSaturday), public social events (Treat-Tuesday), theme nights that cover a diverse range of Ubuntu topics, parties, and general meetings. We encourage our members to help improve Ubuntu and in the process enrich the community. We focus on giving Vancouver the best Ubuntu experience possible.

No other computing ecosystem has come close to matching Ubuntu’s community. Try Googling your favourite operating system and look for active community groups in your neighbourhood that meet regularly. Community is a foreign word in the proprietary software world.

How does Ubuntu compare to more mainstream operating systems in terms of security?

Computer security has many facets. Most people think of viruses (and sometimes worms and trojans too) on their personal desktop or laptop. That will be the focus of my response.

Ubuntu, unlike mainstream operating systems, has at its core the Linux kernel which has a proven track record of security and robustness. Linux kernel attack vectors are few and far-between. The Linux kernel is legendary in the amount of scrutiny and attention to detail that it receives from a large and devoted global team of developers. In security terms, it is a hard target.

Let’s assume though that someone has the skills to outsmart the developers. Now what?
Truly destructive processes and programs usually require ‘root’ privileges to cause significant damage. These privileges are quite difficult to gain on Ubuntu. By default, there is no ‘root’ account on an Ubuntu system.

No virus attack is purely technical. So putting technical reasons aside, there is an important social consideration. There is little to no motive in the Ubuntu ecosystem for a would-be virus writer/attacker. The Ubuntu project is founded on the principle of “Humanity to others” and this ethos makes attack unlikely, at least from within the community, which is where the most talented Ubuntu coders live.

The Ubuntu community maintains a list of Linux kernel compatible viruses and worms which at time of writing numbers 30 in total. This number is miniscule when compared to the 140,000 estimated viruses for Windows. Out of this list of 30, none are Ubuntu-specific and none have been reported “in the wild.” Most are obsolete. (Source: https://help.ubuntu.com/community/Linuxvirus)

What about security in terms of protection from unlawful or unauthorized surveillance?

Good question and something that’s on a lot of people’s minds these days.

Ubuntu has no serial numbers, no need to register, and no automated “phone home” mechanisms. This alone offers a level of anonymity and resilience to tracking by third parties that far exceeds proprietary systems. A fresh installation of Ubuntu has no open ports, and therefore no easy means of injecting remote exploits. Upon installation, you have the option to have an encrypted Home folder to keep your personal files safe from prying eyes. For people desiring even stronger protection from surveillance, Ubuntu offers privacy enhancing tools such as OTR (Off-the-Record messaging), GPG (GNU Privacy Guard cryptographic software), and Tor (The Onion Router). It should also be noted that all of the Ubuntu system code is cryptographically signed, and can be scrutinized if desired.

What kinds of programs are available for operation in Ubuntu?

The short answer: Pretty much anything that one can imagine!
The longer answer: A quick count of end-user programs in the latest Ubuntu release (Ubuntu 9.10) numbers over two-thousand! This includes games, office productivity, internet, graphics, sound and video, education, and science applications.

A person new to Ubuntu will typically want to do similar tasks. These include: web-browsing, watching video, listening to music, communicating with friends, writing, managing photos, etc. These are all covered superbly by a rich set of programs that have been chosen for their overall quality. The most popular programs are installed by default and all others can be installed directly with only a few mouse clicks using the “Ubuntu Software Centre”.

Do you see Ubuntu as part of any kind of broader, more overarching systems movement?

The overarching concept or “movement” is one of participatory design and culture facilitated by the Internet. Ubuntu encourages participation from everyone that uses it. There are easy mechanisms in place to become involved. As an Ubuntu user, you can easily help define it, design it, write it, translate it, and become an active member of the community. The closest comparison would be Wikipedia. I am fond of delivering this speech at our meetings: “Ubuntu is to proprietary computer software what Wikipedia is to the encyclopedia. It changes the whole game.”

Where can people go to get more involved in Ubuntu in their communities?

A great starting point is the Ubuntu website. Check there to see if a local team in your area has already been established. The list is located at: https://wiki.ubuntu.com/Lo-CoTeamList

Even if no Ubuntu local team is listed for your area, don’t fret. Sometimes a quick Google search can discover people in your town or city that are Ubuntu enthusiasts. Meet them for a coffee and talk about Ubuntu. Gather a few people who love the project and you’ll very soon have the beginnings of an Ubuntu community.

What does the future of open source or Ubuntu-esque computing look like?

The future of Ubuntu-esque computing is bright: Ubuntu is a shooting star. From a technical perspective, Ubuntu is built on a solid foundation that has a proven track record of stability and performance. Ubuntu has taken what was for a long time considered the domain of “geeks” and “techies” to an audience that is everyone, without prejudice. Ubuntu has put specific focus on the parts of the system that the user (the human) sees. The desktop experience, the ease-of-use, the polish. It’s all there. From a social perspective, Ubuntu is unifying a large number of diverse open source projects. It is inspiring them to continually put humans first. It is respectful of freedom, diversity, and the right of everyone to have a say in how their computers work. This is unprecedented. Add to that, a large community of people willing to share, learn and grow together, and I would say “We have lift-off!” (Appropriate given the project’s founder Mark Shuttleworth was once a cosmonaut).

We can expect the Ubuntu project to continue to grow exponentially. Ubuntu is already the number-1 free desktop system. It is steadily eroding the market share of proprietary operating systems and applications. As a final thought, and as I like to say in Ubuntu Vancouver meetings: “Without community, it’s only software.” This I believe is the best way to grasp Ubuntu’s secret to meteoric success.

Click here to cancel reply.
« Methods of Detoxification
Lady Day – Feminine Resurrection »
We use cookies to ensure that we give you the best experience on our website.
If you continue to use this site we will assume that you are happy with it.