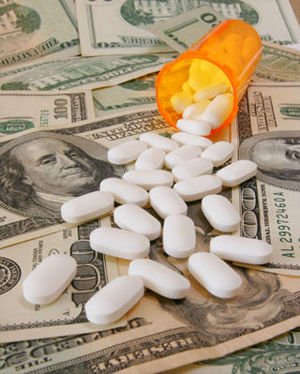 Disease mongering got rolling in 1879 with the invention of Listerine, which was originally considered a surgical antiseptic. It was named for the famous English surgeon Joseph Lister, who performed the first antiseptic surgical procedure. Soon, however, Listerine’s inventors, Dr. Joseph Lawrence and Jordan W. Lambert, were selling it in concentrated form as a floor cleaner and as a treatment for gonorrhea. In 1895 they began to market it to dentists for oral care, and in 1914 it became the first over-the-counter mouthwash marketed in the United States. By the 1920s, the Lambert Pharmacal Company, Listerine’s maker, was confident they had found a cure; now all they needed was a disease. So they made one up: “halitosis.” Before that time, halitosis was an obscure medical term that almost no one had heard of. Advertisers began to promote Listerine as a cure for this condition, which, they said, could blight anyone’s chances of succeeding in romance, marriage and work. Soon, people all over America were suffering from halitosis.

The trick was to inflate a common, everyday condition to the level of pathology, which, if not attended to, could blight one’s prospects for personal happiness and success. The ads the Listerine marketers crafted were mini-soap operas, in which people risked social shame and failure unless they used the product.

The Listerine marketers refined the marketing techniques that were pioneered by the patent-medicine makers of the 19th century. Novelist Henry James was so vexed by these hucksters he called them “nostrum-mongers.” His brother, Harvard psychologist William James, who is considered the father of American psychology, was also exasperated by them, saying that “the authors of these advertisements should be treated as public enemies and have no mercy shown.”

Healthcare watchdogs are now blowing the whistle on the major pharmaceutical companies who are engaged in this activity, and they have identified several “illnesses” as current examples of disease mongering. They are not saying these conditions don’t exist – they are indeed problematic for some people – but that their incidence and relevance is wildly exaggerated in the pursuit of corporate profits. Among these “illnesses” are erectile dysfunction, female sexual dysfunction, bipolar disorder, attention deficit hyperactivity disorder (ADHD), restless legs syndrome, osteoporosis, social shyness (also called social anxiety disorder and social phobia), irritable bowel syndrome and balding.

Why should we be concerned about disease mongering? There is a huge psychological burden in thinking of ourselves as diseased when we are not. Beyond the psychological cost, there are financial costs, both personal and social. Treating these “illnesses” with pharmaceuticals is not cheap. Moreover, no tax-funded healthcare system can sustain the cost of drug treatment for all the risks for which the drug companies would like to treat the population.

Reversing disease mongering won’t be easy. There is a near-limitless amount of money to be made from marketing pharmaceutical remedies for diseases that exist mainly in the imagination, and there are powerful economic, political, and professional interests who desperately want this process to continue.

The way forward may be in immunizing ourselves psychologically against the messages from Big Pharma that invade our lives on every hand. We have to learn to stop being suckers. Read More