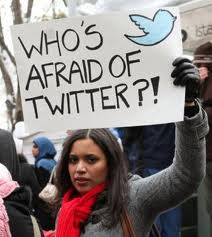 As you all know, I currently have revolution on the brain so here are some interesting articles about how the Egyptian revolution was organized, plus one of my personal heroes, from the N. America side of the world Bidder 70–check out his video below. For us who are part of the grass-roots Real Food Revolution I hope this will inspire us all to grow our own local communities with creative ways to bring down the Big Corporations and their disgusting factory farms.

As the Social Movements Assembly of the World Social Forum of Dakar, 2011, we are gathered here to affirm the fundamental contribution of Africa and its peoples in the construction of human civilisation. Together, the peoples of all the continents are struggling mightily to oppose the domination of capital, hidden behind illusory promises of economic progress and political stability. Complete decolonization for oppressed peoples remains for us, the social movements of the world, a challenge of the greatest importance. Read more

Egypt: The camp that toppled a president

While watching Egypt’s revolution I kept wanting the news to tell us more about how the Egyptians were organizing food, water, bathrooms and those mundane activities. I found this great photo of Cairo’s central Tahrir Square which was the focal point for anti-Mubarak protesters during 18 days of demonstrations. You can explore the protesters’ camp by clicking on the links (you have to go to the original photo here). The photo shows some of the ground organization that kept people, fed, given medical treatment, toilets, recyling (!), the stage and the watering hole.

The Secret Rally That Sparked an Uprising

The Egyptian opposition’s takeover of the area around the parliament this week began with a trick—the latest example of how, for more than two weeks, young activists have outwitted Egypt’s feared security forces to spur an uprising many here had long thought impossible.

For the final three days before the protest, Mr. Kamel and his fellow plotters say they slept away from home, fearing police would come to arrest them in the middle of the night. Worrying their cellphones would be monitored, they used those of family members or friends.

They sent small teams to do reconnaissance on the secret 21st site. It was the Bulaq al-Dakrour neighborhood’s Hayiss Sweet Shop, whose storefront and tiled sidewalk plaza—meant to accommodate outdoor tables in warmer months—would make an easy-to-find rallying point in an otherwise tangled neighborhood no different from countless others around the city.

The plotters say they knew that the demonstrations’ success would depend on the participation of ordinary Egyptians in working-class districts like this one, where the Internet and Facebook aren’t as widely used. They distributed fliers around the city in the days leading up to the demonstration, concentrating efforts on Bulaq al-Dakrour.

On Jan. 25, security forces predictably deployed by the thousands at each of the announced demonstration sites. Meanwhile, four field commanders chosen from the organizers’ committee began dispatching activists in cells of 10. To boost secrecy, only one person per cell knew their destination.

In these small groups, the protesters advanced toward the Hayiss Sweet Shop, massing into a crowd of 300 demonstrators free from police control. The lack of security prompted neighborhood residents to stream by the hundreds out of the neighborhood’s cramped alleyways, swelling the crowd into the thousands, say sweet-shop employees who watched the scene unfold.

At 1:15 p.m., they began marching toward downtown Cairo. By the time police redeployed a small contingent to block their path, the protesters’ ranks had grown enough to easily overpower them.

This article is written by an excellent organization that is working to get rid of unjust debt around the world:

The debts of Egypt and Tunisia must be cancelled if the people on the streets are to take control of their economy and hold Western countries to account.

The true creditors of Egypt, Tunisia and elsewhere are not the Western states who used loans to prop up their tough guys across the Arab world – they are the people of these countries who suffered under this rule. The West must now repay those debts by opening up their lending to public scrutiny, returning the assets of Mubarak and his cronies that have been banked in Europe and the US, and cancelling unjust debts across the Arab world.

The Egyptian people must not continue to pay the bill for Western complicity through large debt repayments.

For the US and Europe, Mubarak was indeed an excellent client. Egypt repays its loans, many of which were undoubtedly run up in the interests of the regime rather than the people, at a rate of around $3 billion a year. This money has diverted what could otherwise have been used to improve the lives of ordinary Egyptians. Since 1981, Egypt has paid the equivalent of $80 billion dollars in debt and interest repayments, helping redistribute money from Egypt’s poor to the global rich.

Some of the country’s debt is undoubtedly military in nature. Egypt receives more US military support than any country in the world apart from Israel – well over $1 billion a year since Mubarak came to power in 1981. The British Government has allowed UK companies to supply Egypt with as much as £23 million ($37 million) of military equipment in 2008, £16 million ($26 million) in 2009. No doubt this came in use when Egypt became a major centre for the US’s “war on terror” programme of kidnapping, secret flights and illegal detention and torture.

When people have begun to take control of their countries in the past – from apartheid South Africa to Bolivia, from Argentina to Poland – debt has been used as a key means of forcing undemocratic economic policies on those countries. These policies have caused great pain and suffering to the poorest in those societies, and put a block on democracy extending in anyway into the economic sphere.

On a side note (that is relevant despite appearances)…did you know that 2012 has come early? I recently discovered this interesting article that claims that our calendar is two years off and actually the day we have all been hearing so much about already happened on the winter solstice and full lunar eclipse of Dec 21st 2010. Methinks the revolutions in N. Africa are proof of this :)…

For something a little closer to home–Bidder 70

On December 19, 2008, Tim, a college student and environmental activist, derailed Bush’s last minute, parting gift to the oil and gas industry when he crashed the BLM’s illegitimate oil and gas auction in Salt Lake City. While protesters circled outside, Tim breezed inside, registered to bid, and took his seat. Bidder’s paddle #70 rested on his knee. By the time the guards escorted him out, he’d won 22,000 acres of pristine Utah wilderness with no intention to drill or pay. Tim knew his actions carried the risk of arrest and prison, but believed environmental damage and climate crisis were a greater threat to his future.

Click here to cancel reply.
« Boycott GMOs
Probiotics for Weight Loss and Brain Development »
We use cookies to ensure that we give you the best experience on our website.
If you continue to use this site we will assume that you are happy with it.