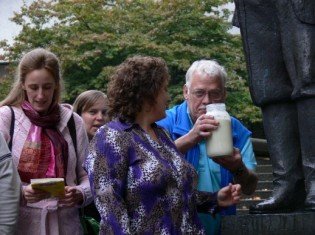 Good new for our cowshare! This article is from The Green Man

Chilliwack’s Home on the Range raw milk dairy is filing a constitutional challenge of the Public Health Act’s ban on the production and distribution of unpasteurized milk in B.C. Supreme Court, while Fraser Health sits on the sidelines.

Fraser Health had issued the dairy’s then-operator Alice Jongerden with a cease and desist order and sought and obtained a court injunction last year to stop the dairy from producing raw milk. But Fraser Health spokesman Roy Thorpe-Dorward said the health authority will take no further action against the dairy, now operating as Our Cows, until the court challenge has run its course.

Even if it takes years.

The court ruled Friday that Fraser Health’s case against the dairy could not be used as the basis for a constitutional challenge and instructed Jongerden’s lawyer Jason Gratl to begin a new action against the province of British Columbia.

“The ruling from the judge removes [Fraser Health] from the equation as far as court action goes,” said Thorpe-Dorward. “We will wait until [Jongerden’s] action is resolved before we take any further action, because we want to move forward with complete clarity.”

Our Cows is run as a cow-share in which 400 member families own a share of the dairy’s 22 cows and are entitled to the milk and other foods they produce. The Public Health Act prohibits the production and distribution of unpasteurized milk, deeming it a public health hazard punishable by three years in prison and $3 million in fines. 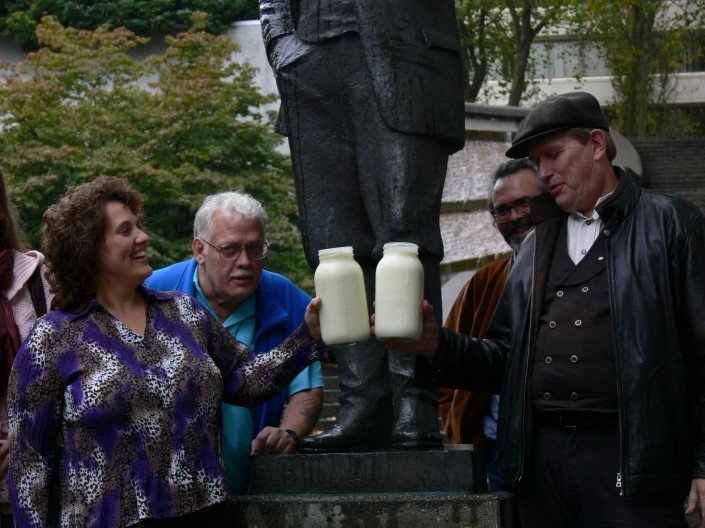 The owner of a cow is permitted to produce raw milk for personal use.

Gratl said that the penalties for creating a public health hazard are out of all proportion with the hazard created by producing raw milk.

“Imagine releasing a toxin into the drinking water, you can imagine all kinds of ways a person can create a public health hazard,” said Gratl. “It’s entirely out of keeping with the level of danger purported to exist even by milk’s worst enemies.”

Gratl will file the new application to the B.C. Supreme Court Wednesday.

Jongerden, who was forced to resign as livestock manager of Home on the Range to avoid a contempt of court conviction, was elated by Fraser Health’s undertaking to discontinue action against the dairy.

“The government’s commitment to back away from aggressive prosecutions is a relief for us. We now have some breathing room while the courts determine whether Canadians have a right to choose between whole and processed foods,” Jongerden said in a statement.

And another one: Fraser Health backs off on raw milk At least until court case is resolved.

Click here to cancel reply.
« Canada Used Agent Orange Extensively
Foodie’s Follow Friday Bloghop 2 »
We use cookies to ensure that we give you the best experience on our website.
If you continue to use this site we will assume that you are happy with it.