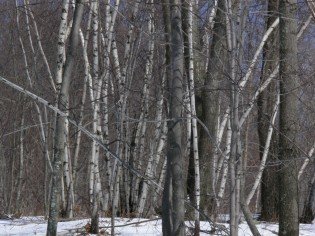 The documents, filed at the Archives of Ontario, describe how WWII-era Stearman biplanes were kitted with 140-gallon tanks containing the chemicals, which were usually diluted in a mix of fuel oil and water.

Less than 10 years later, the Department of Lands and Forests (now the Ministry of Natural Resources) authorized the use of a more potent mixture of 2,4-D and 2,4,5-T for aerial spraying. The combination of those two herbicides in equal parts comprised Agent Orange — the most widely used chemical in the Vietnam War.

Over the years, spraying was done by both the province and timber companies.

Medical studies have determined the type of dioxin found in Agent Orange latches on to fat cells and can remain in the body for decades. Exposure may lead to skin disorders, liver problems, certain types of cancers and impaired immune, endocrine and reproductive functions.

Agent Orange was one of a rainbow of poisonous warfare chemicals that got its name from a band of colour painted on the barrels it was shipped in. The mixture itself was colourless.

The chemicals targeted what forestry reports described as “weed trees” — including birch, maple, poplar and shrubs — which stole sunlight and soil nutrients from young, profitable spruce species. The hormones in the defoliants caused the broad leaves on these weed trees to grow so quickly they starved to death.

In 1956, with the government’s blessing, Spruce Falls Power and Paper Company in Kapuskasing pioneered the aerial spraying of herbicides in Northern Ontario. The New York Times, which co-owned Spruce Falls with Kimberly-Clark and the Washington Star, printed its Sunday edition on black spruce, renowned for its tough fibres. (Tembec, a company that purchased Spruce Falls in 1991, did not respond to interview requests).

Aerial spraying programs were considered a cheap, fast and effective way to alter the landscape of Ontario’s forests for maximum profit. Timber companies and the government worked together to increase the output of money-making trees like white and black spruce while culling nearly everything else that got in their way.

In the mid-1960s, Spruce Falls held about 4 million acres of forest land under lease from the Ontario government and owned an additional 180,000 acres. The incomplete documents don’t provide a total number of acres sprayed.

The government records list the names of five supervisors who worked on spraying programs in Northern Ontario during the 1950s and 1960s. Four of the five have either been diagnosed with or died of cancer. Their job included mixing chemicals and standing in the fields supervising spray campaigns. Teenaged workers are also listed in the records and the Star is working to track them down.

One of them on the list, David Buchanan always wondered what was inside the 45-gallon oil drums he worked with as a 15-year-old at Spruce Falls Power and Paper Company in 1964.

“Even then, it didn’t seem right,” said Buchanan, now a 61-year-old dentist in Sackville, N.S., who has suffered from a series of illnesses doctors couldn’t diagnose. Body-covering hives. Persistent bouts of dizziness. A sperm count so low he couldn’t have children.

His job as a summer student was to hand-pump vats of brush-and-tree-killing chemicals into the airplane sprayer.

“It did a good job — what we wanted it to do,” said Clifford Emblin, a former government forestry manager who oversaw chemical spraying programs. “They were using those chemicals in Vietnam, too, for defoliation. Yeah, it was the same stuff. I don’t think anybody knew about the long-term effects.” Read More

We Need Your Involvement!

This call for your assistance is to allow us to obtain legal written signatures on ‘approved petition sheets’ which will then be presented to the Government via the House of Commons. Click here to obtain petition sheets.

More information can be found at the Agent Orange Association of Canada’s Website.

Join the Agent Orange Association of Canada on facebook.

More Information on Agent Orange Use in Canada

Click here to cancel reply.
« Distillery Dairies – Factory Farm History 101
Fraser Health Suspends Action Against Raw Milk Dairy »
We use cookies to ensure that we give you the best experience on our website.
If you continue to use this site we will assume that you are happy with it.