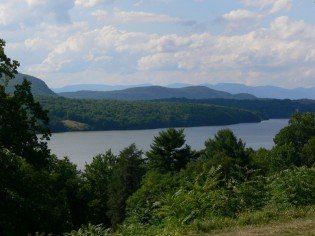 I’m really behind in posting as we haven’t been feeling too well. We spent the first 10 days of 2011 purging in the most visceral of ways–right when I was planning a whole bunch of cool posts. As a result I am feeling quite frustrated. I thought I was gonna be on top of things this year–instead I have a feeling I am not going to be able to spend as much time posting and will be more involved in on the ground activism, which will be good for me, but not so good for Hella Delicious. To cheer myself up and get folks questioning if I am nuts or if it is just the world we live in–I am posting one of my favorite and most bizarre experiences from my days at the Culinary Institute of America.

Goldilocks and the Three Norris’s

Many, many years ago, when I still believed the things my parents, peers and the media told me, I got myself into deep debt by being too eager to get an education from an institute that declared they provided the best culinary degree in the world. I must say the facilities of this school were indeed fantastic. Since I studied there over ten years ago, I can’t speak to how it is run these days, but if anyone is thinking of going to school at the Culinary Institute of America, I strongly recommend you look into doing an apprenticeship instead.

Our class had made it through fish class, through our various internships, through the wine tastings and even had created our own restaurants, (my group was even featured in the halls of the CIA – in fact I think my idea was ripped off by Disney) and had finally reached the pinnacle of our time at the Culinary Institute–Restaurant Row. The first in this series of four student restaurants was St. Andrew’s Cafe, where we had mainstream low-fat ‘nutrition’ drilled into us.

The whole situation was pissing me off in general at that point, because not only were us students paying top dollar to provide free labor for the school’s restaurants, but the guests were specifically told not to tip us, as there was already a 20% surcharge added to their bill which would go to the students in the form of the new student center (which wasn’t completed until we had graduated), new dorms (same story), etc. Most of us were working weekends and every spare minute we had. Despite all of this I still had to rely on credit cards to survive.

I was on the pizza station the day the three Norris brothers arrived in class telling the most bizarre tales of a wild trip they had had the night before. The Norris brothers consisted of a set of identical twins and an older brother and they all looked exactly the same. Pizza is quite simple to make and there were two of us on the station so I hung out over at the Norris station listening to their hilarious tales of how they could see into each other’s minds and whatnot. This seemed much more interesting to me than counting calories, so I was pretty pleased when they invited me over to join them for their next trip. 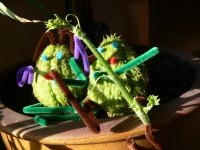 A few nights later I stopped at the Norris brother’s apartment before making my way home and was treated to an absolutely disgusting mixture of a pack of melted sucrets which I gulped down and did my best not to puke up again. I think they have stopped putting the substance Dextromethorphan (DXM) in sucrets these days. DXM is highly dissociative and I don’t recommend it, although it is pretty hard to get really high amounts of it in your system as the sucrets are just disgusting in large concentrated doses like that. After about 20 minutes I decided nothing was happening and I went to the bathroom. When I came out again the world had changed, or so it seemed.

As I looked around me and started trying to talk, suddenly the three Norris brothers seemed menacing and I felt I had stepped into the fairy tale of goldilocks and the three bears. Everything I said seemed to show some side of me that was meant to remain hidden and I seemed to understand things about these guys that I had never wanted to know. Luckily our other buddy, who had just been drinking a couple beers and didn’t join the sucrets trip, decided he wanted to go home. I didn’t feel too bad so I gave him a ride home (another thing I wouldn’t recommend – not a good idea to drive).

It was a full moon night and his house was off the beaten track, down a quiet forest road. As we drove we started talking, but soon we stopped, a little horrified. Everything we said revealed a multitude of hidden motives for saying or thinking them. It seemed that our brains and bodies had become crystal clear. Nothing could be hidden. This shocked me as I knew that my friend had not partaken of the sucrets host with us, and I became convinced that a global lunar mind shift had taken place around the world. Keeping our mouths shut as much as we could I dropped him off and rushed home, before anyone else could find out what a twisted and depraved person I really was (or vise versa).

At home I seemed to read several books in a couple minutes and spent most of the night painting and doing various other things, wondering when this trip would wear off. I felt as if a very distant entity was orchestrating my movements–a puppet-master and I was the jerky puppet. After a while I fell asleep. The next morning when I woke up, I was still in this strange state. In my experience up to that point, most things I tripped on would not allow you to sleep and would usually wear off long before this. I was fully convinced at this point that there had indeed been some kind of a global mind shift, which had opened up our minds to be transparent–all of our motivations revealed to each other. I started thinking about being in a class where all 23 students had access to a wide range of very sharp knives and other dangerous equipment and decided I better not go to school that day as it would probably be a blood-bath if everyone knew what everyone else was really thinking about them.

By the end of the day the DXM had finally worn off and the world was back to normal (much to my dismay). I tried at some point later on to swallow a bunch of sucrets to relive the experience, but by then they had removed the chemical which allowed this type of mind shift and I only managed to make myself sick.

The reason this experience has been on my mind so much of late is I feel it was a premonition of what is happening in our world today. Many years ago I read Anita Roddick’s book about how she got The Body Shop going. One of the main things she spoke of was the importance of transparency in business for the new economy. As we have seen with the recent wikileaks explosion, the contaminated food recalls, the failure of the NGO’s in Haiti and around the globe, transparency is indeed key to running an ethical business. What with facebook and google and the whole digital revolution–our lives are more and more available–out there for the world to see. Secrets and hidden agendas are no longer so easily disguised and kept buried.

This is just the beginning. The lunar eclipse over the winter solstice has pushed the global lunar mind shift into full swing. Many of us have already spent the past couple years working out various disagreements and whatnot with family and friends and clearing out our own baggage and transgressions. This has been hard and challenging, but for those who have really made the effort and done the best we can to be honest and straightforward, we will find that we can now move forward, the guilt and toxins from our self-serving, unconscious attitudes and assumptions are behind us. We have learned our lessons and we will not forget how we got here.

With this new understanding and ability to see through government, corporation, media, friend and foe’s jockeying for power and money through techniques of fear and manipulation the world is waking up. The powers that have previously controlled us with ease will suddenly be shocked to find that their best PR agents can no longer pacify the masses with tokens. It has become obvious that those who are spending the most money on advertisements and lobbying are the ones who have the most to hide. We no longer need strange synthetic chemicals and drugs to be able to see through the propaganda and nonsense that is constantly around us, and we have now become a force with clarity and focus.

Awareness is often-times incredibly painful, and may make us want to puke as we try to stomach the absolutely insane world we have woken up to–of tap water that lights on fire, spring showers that are full heavy metals and GM bacteria, phones that give us brain tumors, and a medical system that ultimately encourages organ harvesting from children. We can hold it down, transmute these toxic poisons, and come up with novel and creative solutions. As Steve Haines, a biodynamic craniosacral therapist says:

“We have evolved to heal trauma — it is part of our genetic makeup. We need our bodies to show us how to heal, but we can all overcome trauma and we can switch it off.”