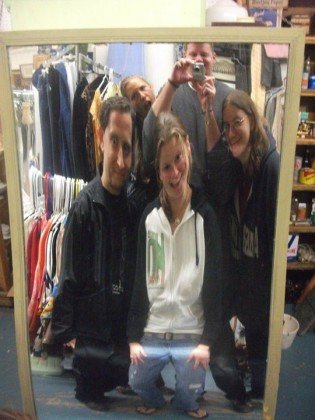 A couple years ago I stopped using cellphones, I practically stopped using phones at all, as I found that even cordless phones hurt my ears after about 30 seconds. Most of the people I knew were quite annoyed by this and still are….To be honest, I actually did use it a couple days ago when my Uncle called to book a Christmas party. Usually he is brief, so I figured I’d be off in no time. He had some interesting news, though, and so we were talking for a couple minutes. Sure enough my ear started heating up and was soon burning. I started to get that ringing and throbbing in my inner ear…fortunately it wasn’t really a very long conversation.

It did bring back my attention to the problem that what is now being called e-smog is causing to the health of us and the planet. The sad thing is that this has all been known for years. I just finished watching an interview from 2006 with the scientist who was actually hired by the Cellphone industry to study the health effects on humans. He studied it for 7 years and then came up with an answer that the cellphone industry didn’t like. Yes, they are causing harm and, even worse, he considers them to be the number one cause of cancer in children.

I can tell you that not using a cellphone these days is like committing social suicide. I use my computer with a wireless modem all the time, so I get plenty of exposure to EMFs anyway. After researching and looking into EMFs more deeply I am very glad that I have avoided them to the extent that I have. That hot, burning, aching feeling in your ear? Yeah that is the feeling of tissues and brain fluids being microwaved, slowly heated and cooked. A good thing to avoid.

Electropollution:
Non-ionizing electromagnetic radiation propagated through the atmosphere by electrical wiring, electrical appliances, grounding in buildings, power lines, broadcast towers, radar installations, and microwave appliances, which is believed to have polluting effects on people and the environment.

There are plenty of other sources for this electromagnetic pollution, all of our electrical equipment puts out a field. There are electricians around the world who know how to work with this and to reduce the emissions in your home quite drastically. A good resource in New Zealand for this is McGinnis Electric. 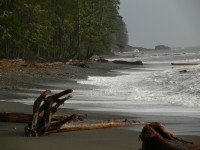 As it turns out, it is actually quite simple for us to deal with this problem through a simple activity that is being called Earthing or Grounding. All you have to do is go outside and stand barefoot on the grass, dirt, beach or even on cement for about 30 minutes twice a day. There are also various gadgets that can help you to earth while sleeping or while at your computer. These products are very affordable, and can be ordered online here.

Various studies have been done that have found that earthing has a profound effect on our bodies electrical system. Standing on the earth allows electrons to enter our body. Our bodies are full of free radicals that are just looking for an extra electron to balance themselves out, when the free radicals are neutralized, various problems that they cause such as inflammation are reduced. Earthing also has been shown to normalize blood sugar levels, cortisol levels and thyroid function. It also thins your blood, so it is recommended if you take medication for any of those conditions and start Earthing to make sure you tell your doctor and work with him on any adjustments you might need to make to your medication.

The other major thing that earthing does is to help protect you from EMFs. A great article with some detailed information about earthing is posted here at Med Nauseam’s Blog. There are lots of people coming up with very expensive materials and products for shielding us from EMFs, so I am very glad to find that there is such a simple solution. Another good thing for grounding is swimming in the ocean, or taking a sea salt bath. 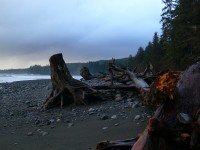 I have to say I am pretty excited to find out about the healing powers of simply going barefoot. All my life me and my sisters have had an obsession with going barefoot (I guess that is what happens when you get repressed–heh). One of my earliest memories is actually connected with this. We grew up in Papua New Guinea, and our father was the son of a doctor and grew up in India (that is just to give you some perspective from where he was coming from). We grew up in a village watching the village kids run around barefoot, but we weren’t allowed to go barefoot because our father was afraid we would get ringworm or some other terrible disease…

So–my memory–I was in kindergarten playing barefoot with a friend of mine and my father suddenly showed up early to pick us up from school and spotted me running around barefoot. I must’ve been about 4 or something but I knew he’d seen me, and that I was due for a spanking. I asked my best friend what I should do and she advised me to hide. So as soon as we got home I took off and hid. It didn’t take long for them to find me and, soon I was dragged out from under the bed and given a sound spanking and told never to go barefoot again. I still went barefoot where-ever I could–I just learned to be a little more careful not to get caught.

This goes to show you, though, that we do know what is best for us as kids much more than we realize! Anyway, I will catch you all later, I am off to go stand in the dirt barefoot for half an hour to drain out all of the EMFs I picked up from sitting in front of this computer for so many hours 🙂 — Happy Earthing everyone.

Damage Cellphones Can Cause

Maine is working on putting health safety warnings on all cellphones in the USA:

There are also various types of pendants, materials and other gadgets that have been developed to help to minimize these frequencies. There is something called the Stress Shield, and various other devices. There are various things that you can use for cellphones as well. These things all seem a little expensive to me, especially now that I know I can just go stand in the dirt, or go gardening for that matter. Just touching the earth with your bare skin does the trick.