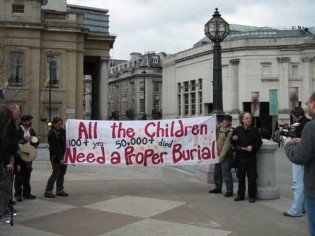 We moved to Canada a couple years ago, and didn’t know about much about Canada’s history of colonization. I just watched the documentary Unrepentant: Kevin Annett and Canada’s Genocide and I cried. The film gives details of torture and murder of children perpetrated by nuns and other Christians in residential schools in BC, into the late 1960s. There are many instances of these sorts of things happening today all over the world. It is important to watch this film to see exactly how these atrocities are so systematically committed, using food, health, sex, sterilization, displacement, torture, separating families, repression of diversity, education and encouraging people to police each other. More information here: www.hiddenfromhistory.org.

As Kevin Annettt says towards the end of the film, the Europeans and other immigrants who came to North America were often fleeing from terrible repression, many of them probably had ancestors who had been tortured in the witch hunts and Inquisitions prior to that. These days we would probably say they had Post Traumatic Stress Disorder, send them to therapy and put them on drugs (don’t get me wrong I am not making excuses for their atrocious behavior). Indigenous peoples call them/us ‘White Ghosts’ or ‘Hungry Ghosts’. Recent studies point to PTSD carrying on through generations.

This documentary reveals Canada’s darkest secret – the deliberate extermination of indigenous (Native American) peoples and the theft of their land under the guise of religion. This never before told history as seen through the eyes of this former minister (Kevin Annett) who blew the whistle on his own church, after he learned of thousands of murders in its Indian Residential Schools…”

Click here to cancel reply.
« Vote for Hella Delicious Recipe Videos!
Update from Cairo »
We use cookies to ensure that we give you the best experience on our website.
If you continue to use this site we will assume that you are happy with it.