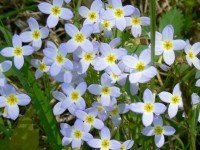 I am not a huge fan of expensive supplements when herbs and other helpful natural things are available, and this is probably all a big economic war between Big Pharma and the High-Cost Supplements Industries again, so I am not advising you to sign, unless you read it and really agree. I got ripped off joining EQUINOX in the late 90’s so I know about expensive supplements and there should be a way to avoid people selling total bulls–t, but if restrictions get placed on our ability to freely use herbs as a result of their battle (see my article on Codex Alimentarius) I will really not be impressed!

In any case it is just good to be aware of what is going on. Let me know what you think. I generally try not to get involved too much in all of the legal smoke and mirrors that goes on. The legal jargon in such things seems to mainly be used for covering up stuff and wasting time. But in the hopes that I am wrong, I have signed this letter!

The following is from the Citizens For Health website:

Introduced by Senators John McCain (R-AZ) and Byron Dorgan (D-ND) on February 4th as the “Dietary Supplement Safety Act of 2010,” S. 3002 is designed, according to the bill preamble, to “more effectively regulate dietary supplements that may pose safety risks unknown to consumers.”

If passed, the proposed bill would dramatically harm consumers, cripple the nutritional products industry, and do absolutely nothing to stem the tide of laboratory-concocted, performance-enhancing drug hybrids masquerading as dietary supplements.

It is important to recognize that Senator McCain is a true American patriot known for his independence and Senator Dorgan has shown leadership in the area of net neutrality, which is critical to the free flow of health information for consumers.

However there are a host of problems in the bill serious enough to make it a completely irreparable and untenable piece of legislation. READ MORE and Take Action.

Click here to cancel reply.
« Welcoming the Year of the Tiger
Kitchen Community »