The Year of Ubuntu 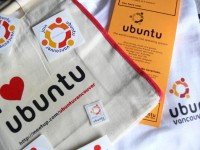 We welcomed the new year in bed watching Monk with our noses running and throats sore, snacking on rose-hip jam for vitamin C and drinking ginger and pau d’ arco tea to boost our immune systems. According to the once renowned but now forgotten Antoine Bechamp this process is a cleansing that occurs cyclically and is necessary to remove toxins that cause our tissues to rot or oxidize. The well known Pasteur set our world on the germ theory course, which has led us to the current terror of micro-organisms which has given the pharmaceutical industry it’s hold on our state of health and our belief that we are being ‘attacked’ by nature. We become victims with no control over our own health. This is absolutely not true.

Just before we got the flu, we had been cleaning our apartment, getting rid of old and making room for the new. Over the New Year our bodies did the same thing and we are currently feeling more energetic than we have in a while. I also got a new hard-drive for my computer finally so I can start to really make use of the open-source applications that are available through Ubuntu. What with the body cleansing, house cleaning and new hard drive (named Tiamat), 2010 is a year that is begun with the ritual of cleaning and renewing that was traditionally associated with this time of year.

I recently noticed a wise woman call 2010 the Year of Ubuntu on facebook and this really struck me. As wikipedia mentions, Archbishop Desmond Tutu explains Ubuntu (2008) philosophy:

One of the sayings in our country is Ubuntu – the essence of being human. Ubuntu speaks particularly about the fact that you can’t exist as a human being in isolation. It speaks about our interconnectedness. You can’t be human all by yourself, and when you have this quality – Ubuntu – you are known for your generosity.

We think of ourselves far too frequently as just individuals, separated from one another, whereas you are connected and what you do affects the whole world. When you do well, it spreads out; it is for the whole of humanity.

The reason that this freely available operating system was named Ubuntu was for this very philosophy of community and interconnectedness and how we support each other. Along with my new hard-drive I also upgraded my operating system to the newest Ubuntu release 9.10 called Karmic Koala (cool name eh?) For anyone who doesn’t know Ubuntu is free and has tons of free software for programs such as word-processing, photo editing and video editing (and many more). I have been using it for about a year now and over the past year it has gotten more and more easy to use for the average computer user (like me).

The concept behind Ubuntu and open-source is revolutionary, but it also expects you to take some responsibility for learning how to interact with the tools you are using. In this case if you find a bug or a problem it is your responsibility to let the developers know so that it can be fixed. In this way there is a two way communication going so that this communal tool can be continuously improved and adjusted to our changing needs. Also given these parameters mistakes are treated as opportunities to improve, not as something to be hidden and covered up as is so often the case in our current culture. 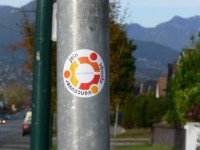 This is a different way of interacting with your computer and maybe could be called slow computing, but perhaps should be called aware computing or interactive computing. So far I still have to get my mind and habits changed to fully make use of this system, but we are fortunate living in Vancouver, BC because there is a really active Ubuntu group here that meets every month (and more) to get the word out about Ubuntu to everyone and to help teach and train people in how to use this tool. Last October, when Karmic Koala was released, I finally got down to one of the monthly Ubuntu meetings, which was held in a yoga studio down on Pandora a couple houses down from the FreeGeek centre. It was a casual environment and there were several 15 minute lightning talks from various members of the community. In the couple of hours that I was there I got a much better idea of how to use Ubuntu. There was even snacks and a raffle held and at the end we won a Ubuntu t-shirt and a cute bag! I also got some stickers and fliers so that I could help to spread the good word about the freedom of open-source computing.

It is very exciting to see movements like this growing and expanding, it is also related to the community commons movement and the current push for community gardens. It is truly built on the philosophy of community organization working together and open-support. With this current shift of awareness and integration the year 2010 is lined up to be an inspiring year of Ubuntu for all of us. As we can see the global mind-shift is already in full swing!