The Terror of Electroshock Treatment 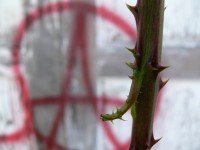 A couple years ago I read a book about how women used to be given electro-shock treatment for their ‘hysteria’ and assumed that those terrible days were over decades ago so I was very interested in this article about how electroshock treatment has had a revival and is now being used with even higher voltage than in the ‘good ole days’.

Think Again–Even toddlers and pregnant women are being shocked

By Dr. John Breeding, author of The Wildest Colts Make the Best Horses

Activist and electroshock survivor Leonard Roy Frank’s recent letter to the FDA in regards to their review of ECT devices is one of the best. I end this blog article with his conclusion:

“As a destroyer of memories and thoughts, electroshock is a direct, violent assault on these hallmarks of American liberty: freedom of conscience, freedom of belief, freedom of thought, freedom of religion, freedom of speech, freedom from assault, and freedom from cruel and unusual punishment. Tens of thousands of people every year in the United States are deceived or coerced into undergoing electroshock. The FDA should do everything in its power to discourage the use of electroshock by:

Despite the evidence of grievous harm and failure to help, electroshock’s proponents rave on; as an example, an electroshock psychiatrist told Washington Post reporter Sandra Boodman in 1996, that, “ECT is one of God’s gifts to mankind. There is nothing like it, nothing equal to it in efficacy or safety in all of psychiatry.”

Given that ECT causes brain damage, memory loss, and other serious cognitive impairment, electroshock serves to cover up and impede any potential malpractice or personal injury litigation. It generally takes years for a shock survivor to recover enough to figure out what has happened to them, and most states have a statute of limitations (usually one or two years) on medical malpractice and personal injury suits. As a result, electroshock survivors are effectively prevented from pursuing litigation against those who harmed them, making electroshock psychiatrists almost malpractice-proof.

Click here to cancel reply.
« Comments on Pesticide Use Requested – BC
Starting The GAPS Diet »
We use cookies to ensure that we give you the best experience on our website.
If you continue to use this site we will assume that you are happy with it.