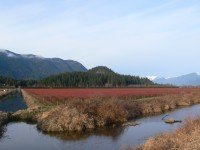 His answer surprised me. I am only now beginning to understand. He said, “Because Campbell is running the worst government in history and we have to bring him down before he destroys British Columbia.”

“We?” I thought. This SoCred icon and me are now “we”? This was interesting and I wanted to know what might have caused such a shift. I suggested we go for a walk and I steered us to the empty waterside walkway where I was pretty sure we would be alone in the wind and he might be inclined to tell me what had caused such a conversion in alliance.

“I like this new life,” I said. “Why should I go back into the chaos we both know is public life? Why is Campbell, as you describe, the “worst” government in history?” 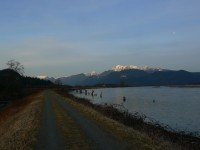 He said, “Your Party and my Party have always fought over who should run the province, who should work for us, and how much we should pay them. We did not fight over whose land this was, though, because we agreed, everyone agreed: It belongs to us.”

“We own it from the electrical power system to the trees to the bridges and the railroad. Campbell doesn’t believe what we believed. He believes the idea of public ownership, of the concept of the Crown, is a failed idea that needs to be dismantled.” “Your governments and mine, Corky, were rich or poor according to the price of what we had to sell, like coal or lumber or electricity or gas. When prices were good we ran surpluses and people were happy. When prices were poor we ran deficits and cut services and people hated us. Campbell doesn’t need to care about the price of what we produce on the farm. He is selling off the farm, itself, piece by piece, and running government on the cash flow he gets from the auction of our assets.”

“I am from the business community; the “old” business community. We like to build commercial enterprises and make money. We believe in our right to do work and make a profit. Campbell isn’t interested in whether or not British Columbia business makes a profit. He is interested in selling the businesses, not running them. If this is allowed to continue, both your Party, and the people who do work, and my Party, and the people who run businesses, will be working for people we don’t know making decisions we don’t understand because we no longer own the province.” I am chagrined to admit that I didn’t believe my new-found political ally. I had fought his kind all my adult life and I was not paying much attention to parliamentary affairs. I pretty much decided he must have been just talking out of sour grapes because his era in power had been eclipsed and his Party had been destroyed by Liberals and he missed the limelight. We made small talk for a while as I led us back to the main street where we had met. We said good-bye. I returned to my life and my job and the much less lofty preoccupations that had normally filled my days. 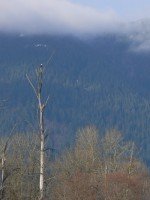 That was four years ago. Lately, I have come to understand that I had been given a short course in the ” real-politic” of British Columbia and I had, at the time, no idea how real and how wise were the words my former SoCred new-found friend had spoken. More and more I think we live in an illusion: a lie, even. When I was a kid I was late home from school a lot. I liked to play ball in the park and I would miss dinner and then make up some story to cover my behaviour. One night my dad ran out of patience with my excuses and said, “Corky, if you are going to tell me a lie, don’t tell me a little one that I can understand and figure out.

Tell me a whopper that is too big for me to comprehend and poke holes in.” It was many years before I understood that my dad was really talking about the Joe McCarthy era he had just lived through, and not my little stories about why I was late for dinner.

I am reminded of that lecture all the time now as I realize, more and more, how Campbell has governed and why my SoCred mentor was so right in his analysis. Remember those early years of this century? Remember how we were consumed, sometimes almost daily, by the savage cuts to seniors’ services and child care and government workers and every possible sector of human services? While we were reeling from change, and two lonely women in the legislature were trying to hold up the whole sky by themselves, the Liberals were quietly dismantling the very idea of what “is” British Columbia. And only now is it even beginning to sink in.

I was stunned into huge depression last year by my failure to save Formosa Nursery (in Maple Ridge) from the stupidity of being cut in two by a road that for 40 years has been planned to run next to, not through, their farm. When I first met the farmers and saw their trouble, I thought, “No problem. This is too stupid to happen. We will fix this.” Only after months of failure to “fix” the mess did it sink in that the road could not be moved back to where it belonged, even if the municipalities and the ALC and the Ministry of Highways wanted to move it off the farm, because the Province had, literally, sold the road to a private company. The people we trust to run the Province no longer controlled the outcome of their own decisions. 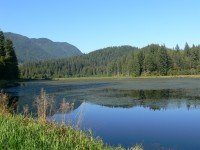 About the same time as we were dealing with Formosa, the woman who sells feed for animals in my village yelled at me that we “politicians” were destroying her business. I told her I had no idea what she was talking about. She explained that there was some law that was making it illegal to raise pigs or chickens or cows for farm gate sale, so her customers weren’t raising animals, so she couldn’t sell feed and it was “the politicians'” fault.

I told her, just as I had told Ting and Risa, that I was sure she was wrong and I would figure out what the misunderstanding was. How could it be illegal to do what we had always done? If she were right, it would be like making it illegal to
breathe or eat or live.

Sure enough, it turned out that back in 2003, when nobody was looking, with no debate, Campbell and the big companies had quietly passed a law, that would not take effect until after a provincial election (so it could not become an election issue), that it would be a criminal act to sell meat to your neighbour. Then I attended a meeting in Vernon, of people from the length of the Okanagan from Anarchist Mountain to Kamloops who were all in a struggle with trespassers digging up their land and diverting their streams. I learned at the meeting that the laws of trespass had changed, too, and now it was okay to invade someone’s property if you had a Free Miner’s permit. This time I was not so dumb as to say, “This can’t be true” in public, but I thought it inside my head. When the rules are the rules for your whole life, and you believe in the rules, it is hard to imagine that we could now be living under different rules without even knowing what had happened. (When my kids were little, I remember attending a lecture on parenting, where the expert told us: “The way to make your children crazy is to change the rules as you go along. If the same action on the kid’s part has different outcomes, they will not have any idea what is okay and is not okay. They will learn that “authority” is really just power, and the definition of “Okay” is whatever they can get away with and the definition of “Not okay” is whatever they get caught at.”) Then, last spring, I was asked to visit a farmer in Delta I had known years ago when we, as government, had returned his expropriated land. The farmer showed me a letter from BC Rail re-expropriating his land to accommodate a new port development at Tsawwassen.

It was hard not to believe him, standing as I was in his potato field and holding the letter. In this case, something that I had, personally, tried to make right was being undone to accomplish a massive industrial development that had, originally, been stopped 30 years ago by Dave Barrett’s government. In trying to learn about my farmer friend’s troubles, I became educated about the Tsawwassen Treaty, the “Gateway” project to add $7 billion worth of roads (through farmland) in the GVRD and the plan to pave farmland to make a parking lot for containers from Asia to accommodate the transfer of goods to big box stores in Central Canada. Now my father’s words about the “Big Lie” were coming back to me on a daily basis, sometimes hourly.

Click here to cancel reply.
« Biodynamic Vitamins
Comments on Pesticide Use Requested – BC »