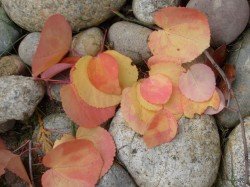 Guest Blogger Anna Miller-Rhees tells of of her experiences on the GAPS (Gut and Psychology Syndrome Diet). It was this post from Anna that originally inspired me to take the plunge and get on the GAPS diet ourselves. It has changed our lives for the better. Thanks so much Anna!

Looking back over the last two years, I cannot believe how our lives have changed. I would wake up and struggle through the day, barely keeping pace with my two children. The fatigue was overwhelming; not just a normal fatigue, but a listless, no-energy-at-all fatigue with anger and emotional spikes in between. My son Elliot was often irrational and possessed with a frenetic energy. His behavior patterned after ADHD, which took so much energy to manage.

Fast forward to today. I wake up with more energy, even when I haven’t had the best nights sleep. I am able to get all the housework done, cook all our meals from scratch, focus on the children without getting frustrated, and just plain enjoy life. Not that I have super-human mothering abilities all of a sudden, just that now I know what normal functioning is.

This tremendous change has been largely due to the GAPS diet. Before, we ate a (mostly) nourishing traditional diet. I made fermented bread from fresh ground flour, and we drank raw milk. We consumed our fair share of raw vegetables (though not many fermented ones), and introduced coconut oil as a cooking agent. I did what I thought was important, but slowly began to realize that I was not well. 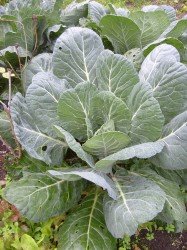 Pregnancy was the first thing that woke me to this revelation, especially my second pregnancy. The constipation that I had experienced my entire life (but had not really realized was abnormal), became worse. Add to this gut aches, nausea, hemorrhoids, sleeplessness, and irritability.

I was seeing an excellent chiropracter, who did some nervous system testing (like muscle testing) with me for different foods, and saw that I reacted to dairy and wheat. This was a method I was a bit uncertain about, but I did see some improvement with a switch to raw milk over pasteurized, and using spelt instead of wheat.

When Emma was born I was not as careful with my diet, although was still making my own fermented spelt bread and eating well. Emma became colicky in the evenings, as well as developing skin rashes; things that my son did not have. These are fairly common these days, but I was convinced that I could heal it with diet. To me these issues were NOT normal, and needed to be addressed. I eliminated pasteurized dairy and gluten when she was a month old. The colic went away immediately and the rashes began to disappear.

It was about this time when I read an article by Natasha Campbell-McBride in the Weston A. Price publication “Wise Traditions” . It explained how the gut can become overrun with bad bacteria when there isn’t enough good bacteria to keep them at bay. This can happen through antibiotic use, contraceptive use, poor diet, sickness, etc.. This is passed on to our children via the flora (all bacteria present)  in the vaginal canal when they are born. When I read this, something clicked. I knew that this was the missing piece to my understanding of digestive issues.

I immediately ordered her book “Gut and Psychology Syndrome

“, and was amazed at what I read. Amazed at how bacteria in the gut can release toxins into the body, effecting the brain and other areas, and how important a well-balanced gut is to good health. This is when I began changing our diet in earnest.

Starting was hard, but once over the initial hurdles, it became easier. We established routines, and found new foods and recipes we liked; but more than that, we were convinced as we saw change in our bodies. Things coming to the surface that we didn’t even realize we had issues with.

I slowly began to be transformed in health as the die-off from all the bad bacteria took place in my body. For the first time ever I had regular bowel movements (oh, gee, this is what it’s supposed to be like?!). The gut-aches and gas went away, I realized that the foggy-brain and tiredness was not normal, and what having energy was like. I discovered that the irritability, anger, and a racing brain at night were not just me.

My husband Simon started the diet for our families’ sake, being a trooper over losing potatoes, rice, bread and the like. He realized however that he was benefitting from it more and more, and jumped fully on board.  His allergies and energy level have both improved. 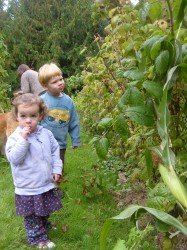 Elliot has had tremendous improvement in his behavior. I didn’t even realize that he had an issue, I just thought he was a high energy little boy, and that crazy life was normal, until we went on the diet and he just changed completely! So much more attentive and responsive. He will listen to directions, listen to a long book, and sit and play with toys for hours if I will let him. Pooping is also much easier and regular for him (once, or more, a day as it should be for everyone), and I have discovered that even his bedwetting issues are due to imbalanced bacteria or yeast in the bladder as well. (His yeast rashes have also improved, but we are still working on getting rid of candida, more on this later.)

Emma has been a colic-free and happy baby since starting the diet. She has been healthy and hasn’t had alot of changes, mostly due to the fact that she went straight from fully breastfeeding to the GAPS diet, continuing to breastfeed quite a bit even now at two years old. I am so thankful for this, because it could have been much worse if we had continued unknowingly on the previous course.

I now make EVERYTHING from scratch, and we rarely eat out. We have discovered the beauty in eating simply with pure (as much as possible) whole foods, and foods we make ourselves. We have made many more fermented dishes, our latest being a big batch of pickles that we all LOVED and gobbled up. We have also discovered a new range of spices and ways to make our simple foods exciting.

I have also begun to garden more, and have started a vegetable garden that I am learning to keep up, with the added benefit of being able to teach the kids firsthand about growing food. This last summer I grew squash, tomatoes, beans, peas, onions, cabbage, basil, marjoram, and some flowers. I just planted some garlic (for the first time) this last week. It was lovely to get out in the crisp autumn air and enjoy the soil. Just one more step forward to a whole, healthy and connected life!

Try my basic recipe for a GAPS nut bread (or pancakes–yum!).

Some websites to check out if this appeals to you:

An article in a newsletter by Dr. Thomas Cowan (scroll down to the GAPS diet section, which is following by a wonderful testimony of someone healed from ulcerative colitis):
http://fourfoldhealing.com/2008/12/31/december-2008/