The Power of Shaking and Quaking 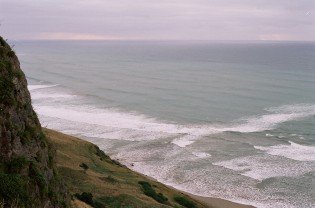 One of my favorite books is The Chymical Wedding by Lindsay Clarke. I read it twice when in New Zealand staying at this very remote bach on a secret beach. Since today is one of 2011’s lunar eclipses I wanted to share this excerpt today. I have been thinking about this particular section quite a bit lately, in regards to various things…the state of the world and humanities seeming inability to contain violence, finding my own voice through this website as well as through the powerful healing forces that are tapped into with craniosacral therapy, which I will talk about more later.

It also makes me think of the straight and narrow road of Pilgrim’s Progress, or the curved path of Cambodian mythology. Holding the balance between opposing forces in our own bodies is a very delicate balancing act and alchemists of a nearly forgotten time tempered their bodies and spirits to withstand the pressure.

In many tribal and indigenous spiritual rituals shaking with the pressure of these forces and with the release of held trauma in the body tissues is a profoundly healing experience.

Why were they called Quakers?
Because they quaked.
Why did they quake?
Because they were moved to speak.
In the silent spellbound meditation of the Meeting-House, sooner or later someone would feel compelled to speak. And not simply because they had something to say but because something demanded to be said through them….

I’d had something of the same experience at public meetings–the tension between wanting to keep silent, inconspicuous, and knowing that something must be said. It happened at difficult moments, when you were least sure of yourself yet certain that the thing should be said. You quaked. It was a little like the birth-pangs of a poem. It clattered and banged until the words were out, and even then it didn’t stop. It was like the forces at work inside an alembick, threatening to blow up in the alchemist’s face unless those warring tensions could be reconciled. So that was it–people who quaked were alembicks. They were Pelicans. They were members of the chymical wedding….

It was about holding together. If we were to find a key to the explosive condition of the world it would only be done by holding contraries together. That was the key….

Then I saw what was not so obvious: that the holding together could only be done by quakers. And that meant not only the Society of Friends, however aptly named, but men and women everywhere who were prepared to quake. For quaking was what happened when you endured inside yourself the tension of divisive forces. It was what happened when you refused to shrug them off, neither disowning your own violence nor deploring it; not admitting only the good and throwing evil in the teeth of the oppposition, but holding the conflict together inside yourself as yours–the dark and the light of it, the love and the lovelessness, the terror and the hope. And as you did this you changed. The situation changed–though whether it changed enough was another question. Perhaps a meeting of quality and quantity was also needed. Perhaps, in the end, what mattered was how many people were prepared to quake this way, for such quaking spirits were the keepers of the keys. p414-415

Click here to cancel reply.
« World Food Thursdays 11
Eggsploitation »
We use cookies to ensure that we give you the best experience on our website.
If you continue to use this site we will assume that you are happy with it.