A Culture Without Self-Correction 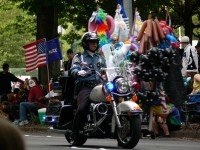 When I read, I like to collect my favorite quotes and passages. I have been doing this since I was in high-school so some of my quotes I have lost the references for. I was just looking though my old archives and found this series of quotes and excerpts. With all the info that Wikileaks has finally brought to light it is obvious that our culture(s) need a major overhaul. I think most of the following comes from Robert Anton Wilson.These quotes point out how obsessed our culture is with punishment, unfortunately, I wrote these down years ago and lost the page numbers etc:

Sado-masochism is the director of our civilization–Kill for freedom and peace–Uniforms and Discipline.

Most civilized people go around with a little internal voice saying, “You are a no-good shit.”

Authority and submission is the chief structural fact about feudal capitalist and socialist society. Punishment and obedience is the defining gesture.

“You are mistaken. That boy is not your son. He belongs to society and the state, and I am society and the state. I will take him anywhere I want, I will order him to do anything I care to have done, and I will shoot him if he disobeys.”
“You think you own us?”
“Ownership is the right to use or abuse.”

I called the world up on the telephone and I implored them:
How much of you belongs to the combine? If they take your money in taxes and your sons in wars, how do you differ from the cow who is milked or the pig who is eaten? \ Do you breed for them like a stallion in a pasture? Is the get of your loins theirs to dispose of? Even a no-good shit afraid that Daddy will come and slice it off has some rights, doesn’t he? Or does he? Is there any sacrifice you will not make? Is there any discipline you will not accept? Is there any order you will not obey? Is there any shit you will not eat? Who got the Indian Sign on you?

How did it start? At age 12 worrying that J. Edgar Hoover was watching you jack off through his Washington telescope? Was it the bogey-man they scared you with? “Don’t make dirty-dirty in your pants or ogres will come and eat you?”

Circumcision, the most cruel and inhuman attack on the genitals is accepted by your doctors; why?

Schedule feeding that fucked up the minds of a generation; Why?

What do the cattle think of the butchers?

A civilization based on authority and submission is a civilization without the means of self-correction. Effective communication flows only one way: from master group to servile group. Any cyberneticist knows that such a one-way communication channels lacks feedback and cannot behave “intelligently.

P.S. This last comment is why I am always going on about the open-source movement and Ubuntu in particular. Check it out.

Click here to cancel reply.
« Use Butter Generously
The Sheer Ecstasy of Being a Lunatic Farmer »
We use cookies to ensure that we give you the best experience on our website.
If you continue to use this site we will assume that you are happy with it.