Ibn El-Arabi of Spain instructed his followers in this most ancient dictum:

Second comes the knowledge of states, which includes both emotional feeling and strange states of being in which man thinks that he has perceived something supreme but cannot avail himself of it. This is emotionalism.

Third comes real knowledge, which is called Knowledge of Reality. In this form, man can perceive what is right, what is true, beyond the boundaries of thought and sense. Scholastics and scientists concentrate upon the first form of knowledge. Emotionalists and experimentalists use the second form. Others use the two combined, or either one alternately.

But the people who attain to truth are those who know how to connect themselves with the reality which lies beyond both these forms of knowledge. These are the real Sufis, the Dervishes who have Attained. 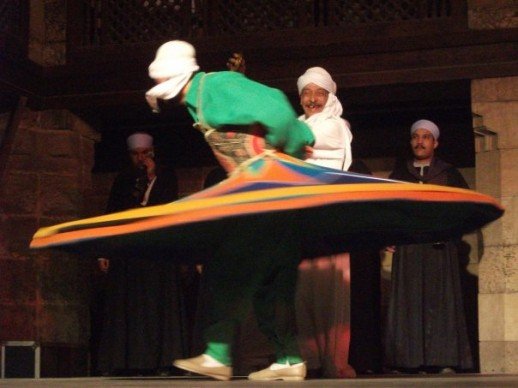 And here is another favorite from Ibn El-Arabi:

She has confused all the learned of Islam,
Everyone who has studied the Psalms,
Every Jewish Rabbi,
Every Christian priest.

Click here to cancel reply.
« Unexpected Incidents in Egypt
Wolf Medicine »
We use cookies to ensure that we give you the best experience on our website.
If you continue to use this site we will assume that you are happy with it.