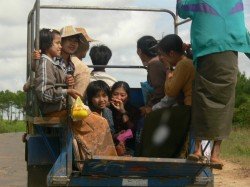 Today, for instance, we may know immeasurably more about the universe than our ancestors did, and yet, it increasingly seems they knew something more essential about it than we do, something that escapes us. The same is true of nature and ourselves. The more thoroughly all our organs and their functions, their internal structure and the biochemical reactions that take place within them are described, the more we seem to fail to grasp the spirit, purpose and meaning of the system that they create together and that we experience as our unique self. Vaclav Havel — President of the Czech Republic