Mad Sheep: The True Story Behind the USDA’s War on a Family Farm 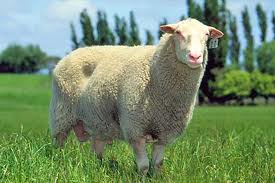 Chelsea Green Publishing Company has some of the most cutting edge books out there on the various topics of health, agriculture, DIY, cooking, gardening…you name it. I have been meaning to review this one, which is the story of a small sheep farming family in Vermont in the early 2000s. Really a shocking story of total power abuse by the USDA, but as it turns out not a rare event. Well worth the read. By the way the book is actually on sale at the moment at Chelsea Green for $5!. I have a few more reviews coming. I feel really bad as they sent me a really good mushroom book months ago which I still haven’t reviewed. Hope to get it done today, in this nice mushroom growing weather we are having here in Vancouver these days.

Mad Sheep: The True Story Behind the USDA’s War on a Family Farm
by Linda Faillace

I recently listened to a radio interview on Angry Indian Radyo on the topic of food as a weapon. Most of the interview was very interesting, but at the very end a few statements were made in support of the USDA and other government regulatory institutions. It is important to recognize that currently the USDA has become a tool for those who are more concerned with money and prestige than with protecting public health. Throughout time and history food has been used as a means to control and manipulate people, so it should be no surprise to find that these tactics are being used by large industry and corporations today. As this story shows, the USDA has been usurped, and is no longer a system of regulation to protect people and their health:

As noted in Philip Mattera’s report “How Argribusiness Has Hijacked Regulatory Policy at the U.S. Department of Agriculture“:

In its early days, the United States Department of Agriculture (USDA) was dubbed the “People’s Department” by President Lincoln, in recognition of its role in helping the large portion of the population that worked the land. Some 140 years later, USDA has been transformed into something very different. Today it is, in effect, the “Agribusiness Industry’s Department,” since its policies on issues such as food safety and fair market competition have been shaped to serve the interests of the giant corporations that now dominate food production, processing, and distribution. We call it USDA Inc.

I thought of Mrs. Friendly with her smiling face, looking up at me. Fromme, BB, and the rams with all their unique calls. Even Kiwi, our New Zealand ram, had a different voice than the rest, and Francis could mimic all of them perfectly. We were responsible for all of their lives. We had brought them all the way from Belgium, the Netherlands, and New Zealand. We helped them have their young, raised them in the best way possible, provided the best pasture, and loved every one of them. Yet here was an organization whose mission and entire reason for existence was to support American agriculture, telling us we had to kill our animals. (p89 Mad Sheep)

The reorientation of USDA has been occurring over many years, but it has now reached a dramatic stage. Thanks to its growing political influence within the Bush Administration, Big Agribusiness has been able to pack USDA with appointees who have a background of working, lobbying, or performing research for large food processing companies and trade associations. Conversely, there are virtually no high level appointees at USDA with ties to family farm, labor, consumer, or environmental advocacy groups. (p255)

Eric Scholosser, author of Fast Food Nation, agrees: “Right now you would have a hard time finding a federal agency more completely dominated by the industry it was created to regulate.”

Carol Tucker Foreman was the USDA assistant secretary under President Carter, and she said, “Whether it’s intentional or not, USDA give the impression of being a wholly owned subsidiary of America’s cattlemen. Their interests rather than the public interests predominate USDA policy.” (p255)

Linda Faillace takes us on a journey from England, where she and her husband studied scrapie in sheep. When the family moved back to Vermont they decide to start their own sheep farm. They researched intensely which breed of sheep were the least likely to contract scrapie (East Friesian) as well as produce plenty of milk for cheese-making. They worked closely with the USDA and imported a couple unique breeds of sheep from Belgium, Holland and New Zealand. They also helped to set up a regulatory board in Vermont to monitor scrapie–they understood the importance of not feeding the animals bone meal. They made sure all of the sheep they imported had certified records of their feed.

A few years later, things changed. BSE was a big fear for the US cattle industry, and as a result there was a fear of animals imported from Europe. The Faillace’s sheep became the target for a campaign to show that the United States was on top of the BSE issue. This incredible story takes us, with the Faillace family from trusting and working with the regulatory boards in Vermont and federally, to understanding the depth of deception, manipulation of science and media and how our institutional systems encourage power-plays by the people we need to be able to trust to work in the interest of the general public. Unfortunately, the way our world operates currently, competition in both the scientific communities as well as in government regulatory boards for money, prestige and recognition means that there is no time left for truth, integrity, transparency and basic respect for life (be it human, animal or plants).

This story is an important example of how badly things can go when large regulatory institutions go rogue. I highly recommend reading it if you are involved in food security issues and are concerned with food safety. One thing I would especially like to point out is that the Faillace family did their best to work with the USDA until they realized that the science the USDA was using to back their actions was bogus. Even when their animals were slaughtered, their argument was not for NO regulation, but for localized regulation which is transparent, based on good science, and assists farmers through open communication and understanding.

Click here to cancel reply.
« Chanterelle Dreams, Amanita Nightmares
World Food Thursdays 10 »
We use cookies to ensure that we give you the best experience on our website.
If you continue to use this site we will assume that you are happy with it.