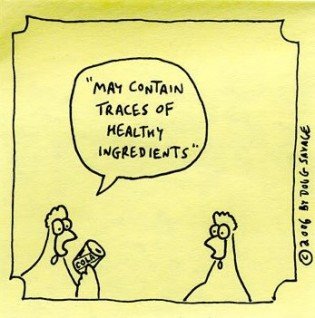 Percy went back to farming at a time when tobacco was a promising cash crop. Long used as a medicinal tonic in Australia because of its high levels of niacin, growing tobacco for money seemed a viable option. Fertilizers that were typically used were blood and bones (slaughter house waste), fishmeal, guano (bird droppings), or phosphate rock, all of which slowly leach nutrients into the soil.

Agricultural researchers found that acidifying phosphate rock dramatically increased its release of phosphorus; this was called superphosphate fertilizer. Percy saw the dramatic difference that adding superphosphates made: “Tobacco is one plant dramatically affected by phosphorus. Applying super to the soil changes the plant’s whole structure: it makes it grow bigger, and the leaves turn a brilliant yellow when it reaches maturity.”

Percy found that the new fertilizers also made the grass and clover grow more lushly, but when his sheep fed on the phosphate-treated pasture, they developed cancer and/or arthritis. He experimented with mineral supplements and found that sea salt, calcium, and magnesium reduced their symptoms while bone meal—which had calcium and phosphorus—made them dramatically worse. He eventually came up with a formula of minerals that solved the sheep’s problems. This formula became known as Percy’s Powders.

Later Percy and his wife both developed cancer and Percy also suffered from arthritis. Percy was given two months to live by his doctor if he didn’t get radiation treatment which the doctor himself was about to receive for his cancer. Percy was skeptical of radiation and declined; instead he took his powders that had cured his sheep. His doctor died within 2 months and Percy went on to live past the age of 100.

Percy became more suspicious that excess phosphorus was the cause of the cancers and arthritis in his sheep, himself, and his wife. His ancestors, who grew very abundant crops without the use of superphosphate fertilizers, had large families, worked 18 hours a day in the fields, and lived to very old age with few major health problems.

It was the addition of superphosphates to once-productive farm soil that he believes turned tobacco into a carcinogen and eventually sucked the life out of the soil. Percy goes on to explain how crop production increased for a few years but by 1933, “our soils were exhausted. We couldn’t make them produce on the same scale again. Another adverse effect of the heavy applications of phosphate to fields of crops was a marked increase in insect activity…” The increase in insect activity led to spraying with chemicals that Percy further documents as detrimental to those exposed. He grew breasts that contained milk when exposed to one hormonal herbicide!

He has produced his mineral supplements, appropriately called Percy’s Powders, for sale to the general public for many decades now. While his original alkaline minerals gave great improvement, it was the further addition of trace minerals that gave his supplements their best results.

No scientific medical studies have been conducted on Percy’s Powder’s in spite of him asking for them to be done. He’s been looked at by mainstream medicine as just another crackpot. Percy’s Powders are not much different from what we’ve been using successfully for many years and, like him, we consider chronic diseases to be systemic not local. Percy’s most important message, however, is in the proper management of the soil.

Commercial farming and gardening involves the addition of phosphorus, nitrogen, and potassium and neglects the more than 70 trace minerals which are necessary for healthy soil and can be rapidly depleted from it. The resulting high levels of phosphorus, low alkalinity, and low levels of trace minerals is a recipe for disaster both for the consumer and the producer.

Within a generation, farmers have gone from being the “salt of the earth” to having the highest cancer rates of any major profession. Plants are poor at extracting minerals from rock. They have a symbiotic relationship with fungal soil organisms that break down rock into useable minerals while the plant produces carbohydrates for the fungi in exchange for this service. The goal of Organic Farming and Gardening is to nurture the soil and its allies, just as Percy’s, and your, ancestors did successfully for thousands of years.

Since heavy metals—which we’ve all been accumulating from amalgam fillings, vaccines, and fish—also inhibit the absorption and retention of minerals, it’s even more critical to supplement the trace minerals while at the same time removing the heavy metals.

We do not carry Percy’s book or his Powders here at the clinic so if you are interested in them, you can search the internet for a supplier.