Revisiting Women Who Run With the Wolves

Medicinal Stories that Nourish the Soul

A culture that requires harm to one’s soul in order to follow the culture’s proscriptions is a very sick culture indeed. This culture can be the one a women lives in, but more damning yet, it can be the one she carries around and complies with within her own mind. -P189 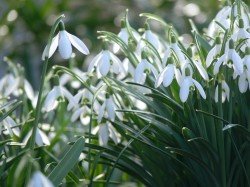 is a very powerful book that I have found very helpful at crossroads in my life when I had to look deep into myself and understand who I was. I know there is a huge community of women who have also been supported by these ancient stories and the poetic way that Clarissa Pinkola Estes brings them to us. I would love to hear from you. Please feel free to post your favorite quote(s) and what they mean to you (or not) in the comments section.

I have been a South Park fan since episode one, but I will confess, they hit my button in the episode which mentioned Women Who Run with the Wolves

. It is time my secret came to light–I get annoyed just thinking of Cartman badmouthing this sacred book, on the other hand, I also take this as a good sign–South Park is doing what it does best, pointing out where we take ourselves too seriously. If you have seen this episode, don’t let it deter you, this book is worth more than gold…

When I was about six, I had a nightmare that was so real and scared me so bad that I still remember it vividly. We had just moved to a village in the highlands of Papua New Guinea, where we had to pump our water by hand every morning and night so that we would have running water. My sisters and I had to do 200 strokes each unless the tank ran over before our turn was done. Hearing the sound of the water pouring out of the water tank onto the roof, generally caused us to yell and cavort, especially if we had only done less than 200 strokes. I remember working that pump in the narrow space between the house and the storage tanks, back and forth, back and forth. The kids of the village would gather on the hill above our house and watch, staring unblinkingly with eyes that seemed opaque and unseeing. It must have been strange enough for them to have a foreign family living among them, seeing us working that pump every morning and night, must’ve been a real curiosity.

In my dream, the family was on a picnic, we were in some far off corner of the village in a slightly swampy meadow. A large Green Wolf appeared and we ran. The village is criss-crossed with narrow paths of hardened orange earth. Alongside many of these paths are deep and narrow ditches dug so the many prized pigs of the village would not be able to get into the gardens.

I was last as we fled single file down one of these paths. At some point, there was a break in the pit-pit fence on the other side of the ditch, my family jumped across to safety. Unfortunately I didn’t have enough time to jump across with the wolf’s hot breath on my heels. So I kept running, I finally arrived at a friend’s house and dashed in. It was a typical traditional house, the walls were woven bamboo mat and the roof was thatch. The front door was very low and inside was dark and smoky. The house didn’t stop the Wolf and I frantically smashed my way through a wall and ran down the hill. Finally arriving home I locked the door and went into my room. The great Green Wolf was there on the hill behind the house, sitting in a position where he could see right down into my room, even with the curtains closed.

When I woke terrified from that dream, I could still feel the Green Wolf watching me from his vantage point on the hill. I tucked the curtain into the bamboo matting of my bedroom wall and tried to pretend he wasn’t there. Every night from then on, the Green Wolf was there waiting for me and I would have to tuck the curtain into the wall to cover the crack that allowed him to watch me sleeping.

Now, there is a strange thing about this dream, and I am not sure if it is because I told the dream so frequently and with so much energy entangled in it that my siblings ended up recalling it as their own, or if they also had the same dream when they were sleeping in that bed, years later, when I had graduated to my own room on the other side of the house. Whatever the case may be, this dream remains vivid in my memory. At some point during my second reading of Women Who Run with the Wolves

, I finally realized I didn’t need to fear the Green Wolf, he wasn’t chasing me to hurt me. When I realized that, I began slowly turning to face the shadow, pull down my walls and find out where it was I really came from.

We can see in the story that Vasalisa’s intuition into what is happening around her is quite flimsy, and that the father of the psyche doesn’t notice the hostile environment either; he is also too-good and has no intuitive development himself. It is interesting to note that daughters who have naive fathers often take far longer to awaken. -P89 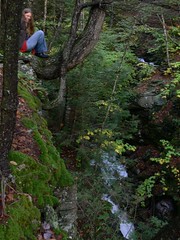 The first time I read Women Who Run with the Wolves

was in San Francisco, working at Aqua Restaurant as an intern, paid less than minimum wage, up at 5am and working double shifts. As a matter of fact, my homeless sister was getting more money from her welfare check. It was 1997, I found the book browsing one of San Fransisco’s great second-hand bookshops. That was a rough and defining period for me. But surviving the abuse, lack of sleep and hard physical work that insane kitchen demanded, ultimately made me confident that I could hold my own in any kitchen. One of the Sous Chefs loved to pick on me, and finally went to far. I snapped yelled at him, and threatened to sue him for harassing me. To my astonishment this act, gained his respect, and I no longer had any trouble from him. This taught me a lot about the attitudes of the male dominated kitchen world I had joined.

This early training to “be nice” causes women to override their intuitions. In that sense, they are actually purposefully taught to submit to the predator. Imagine a wolf mother teaching her young to “be nice” in the fact of an angry ferret or a wily diamondback rattler. -P49

The second time I read this book was in New Zealand. It was October of 2004 and I was in an in-between space, between the US and Thailand, on the brink of a big decision. I had just spent the summer in Los Angeles, working my ass off to try to make some US dollars to help pay off our bills in New Zealand and to see if a separation from my husband would wake him up to the fact that our relationship wasn’t working and that we either needed to do something about it or move on. He continued to refuse to acknowledge he had a problem with alcohol, promising me in the morning that he wouldn’t drink anymore and then going out in the evening and not coming home until dawn. I remember the incredible pain I felt as my heart cracked as I looked at him passed out on the bed and knew that our time was up.

The pattern is this: In all dying there is uselessness that becomes useful as we pick our way through it all. What knowing we will come to reveals itself as we go along. In all living-kind, loss brings a full gain. Our work is to interpret this Life/Death/Life cycle, to live it as gracefully as we know how, to howl like a mad dog when we cannot–and to go on, for ahead lies the loving underworld family of the psyche that will embrace and assist us. -P460

The third time I read this book I began November, 2008 and finally finished it the end of March, 2009. It has been a good reading and I have found all kinds of insights I forgot or didn’t notice in previous readings. Once again I have found support and have gained perspective on what is my responsibility for the choices I have made in my life, and what is not my responsibility, because of the culture and atmosphere that I have grown up in. This book is now a trusted old friend, someone who supports me, listens to me, understands me, but ultimately won’t accept anything less from me than my full potential. Clarissa Pinkola Estes, the author of this book came from a non-literate background of immigrant workers who retained their oral histories. It is a book that I believe should be a required reading for every woman.

, in it’s essence, strives to de-pathologize the integral instinctual nature, and to demonstrate its soulful and essential psychic ties to the natural world. The basic premise that runs through all my work asserts that all human beings are born gifted. -P513

Please take a second to sign this petition to stop the mindless killing of wolves across America. 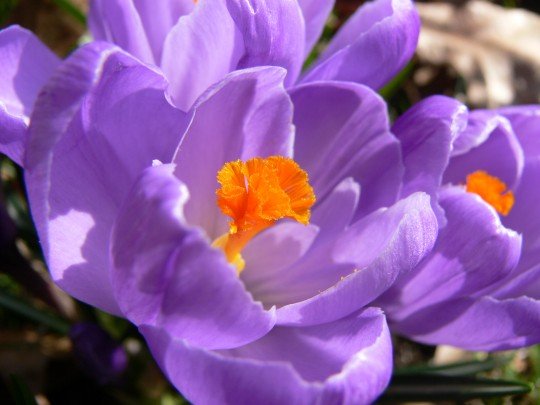